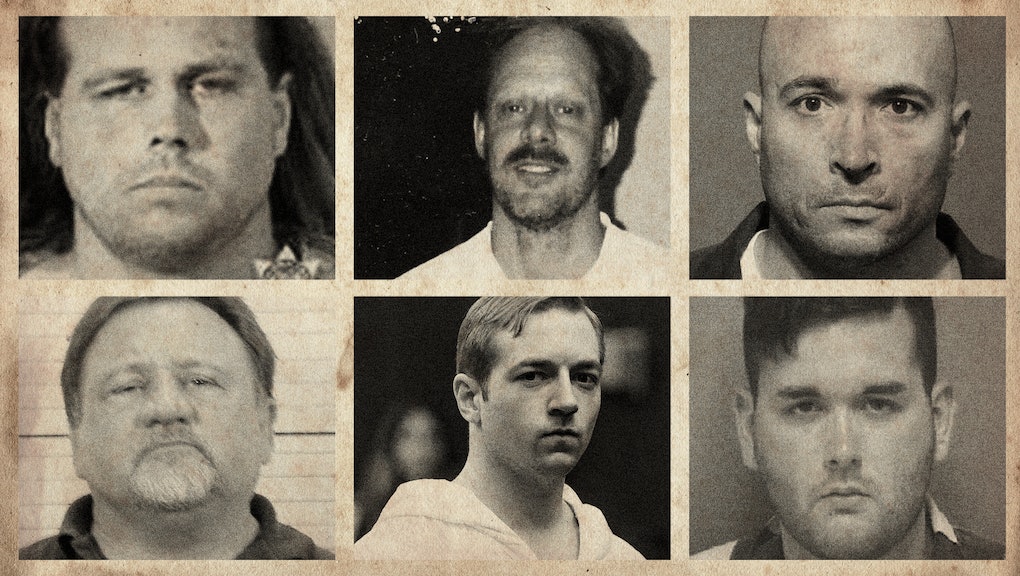 Since 9/11, the United States government has spent much of its time and money combating the terrorist threat posed by foreign Islamic extremist groups like al Qaeda and ISIS.

During a Senate Homeland Security and Government Affairs committee hearing — just five days before the 64-year-old retired accountant carried out a mass shooting that left at least 58 people dead and injured at least 527 more in Las Vegas — Sen. Claire McCaskill (D-Mo.) and FBI director Christopher Wray were on Capitol Hill discussing the relative lack of national attention paid to domestic terrorist threats relative to international ones like the Islamic State.

McCaskill referenced an April report from the Government Accountability Office that showed white supremacists and other anti-government extremists have carried out 62 terrorist attacks resulting in 106 fatalities since 9/11. Radical Muslims during that time have executed just 23 domestic terror attacks in the U.S. that killed 119 people, according to the GAO report.

So far this year, white supremacists have killed at least four Americans on U.S. soil.

“I don’t think most Americans realize that the number of incidents by white supremacist militant [and] anti-government organizations are almost triple the number of attacks of those who identify with a jihadist movement internationally in this country,” McClaskill said during the hearing.

“If you ask most Americans, they would assume that the threat from ISIS influence is much greater, and in reality, the facts don’t support that,” she said.

Wray told McCaskill and the rest of the Senate that the bureau has been investigating 1,000 white supremacist and domestic terror cases over the last 11-12 months and has made 176 related arrests of domestic terror subjects over the same period of time.

“I’ve now been starting just in my first few weeks on the job getting out to some of the field offices and there are significant numbers of agents who are working very, very hard on that subject,” Wray said. “I can assure you that it’s a top, top priority for us.”

There’s no evidence yet to suggest Paddock was a white supremacist, but the massacre he carried out is the latest in a string of high-profile mass shooting incidents committed by “lone wolf” white men in 2017.

The GAO’s April report indicated lone wolf mass shooters are a terrorist category on the FBI’s radar, in accordance with the recommendations offered in a 2011 Strategic Implementation Plan for preventing attacks by violent extremists.

“The Federal Bureau of Investigation (FBI) expanded analysis in some areas of this task, including the creation of behavioral indicator cards, which depict mobilization and disengagement, however there is no information on how the FBI expanded analysis on single-actor terrorism,” the report reads.

Some of these lone wolves are school shooters like 15-year-old Caleb Sharpe who shot four of his Freeman High School classmates, killing one, on Sept. 13.

Others are angry ex-husbands like Spencer Hight, who police say fatally shot eight people, including his 27-year-old ex-wife as she hosted a party at her home in Plano, Texas.

There are also disgruntled workers like John Robert Neumann Jr., who shot and killed five of his Orlando, Florida, coworkers on June 5, and 24-year-old Randy Stair, who fired 59 shots and killed three of his supermarket coworkers in Tunkhannock, Pennsylvania on June 7.

When radical Muslims commit acts of terror or black and Hispanic gang members kill each other and innocent bystanders, their crimes are often seen as evidence of some larger cultural defect among their respective minority groups.

Yet when white men commit mass murder, they’re commonly viewed as unique, disturbed individuals rather than cautionary indicators of some larger behavioral issues within their demographic, according to Bryant.

“If Stephen Paddock would have been Islamic, everybody would have screamed ‘terrorist,’” Bryant said. “But because he was a white guy, nobody screams ‘terrorist.’”

Those men used explosives to commit their crimes, which shows completely eliminating mass murder threats may be impossible, according to Bryant.

The motive for Paddock’s alleged crime is still unknown. He had no criminal record, no apparent strong political views, no known history of mental illness, and was viewed as a “normal, good guy” by his neighbors.

But Bryant says if more Americans saw men like Paddock as potential mass murderers, they might be more likely to support gun control measures to prevent deadly weapons from getting into the wrong hands.

“I’m a 62-year-old white guy. I am the epitome of a mass shooter profile,” Bryant said. “I’m from the South. I own guns. I shoot targets... I’m that sweet spot of what [law enforcement experts] expect a mass shooter to be.”