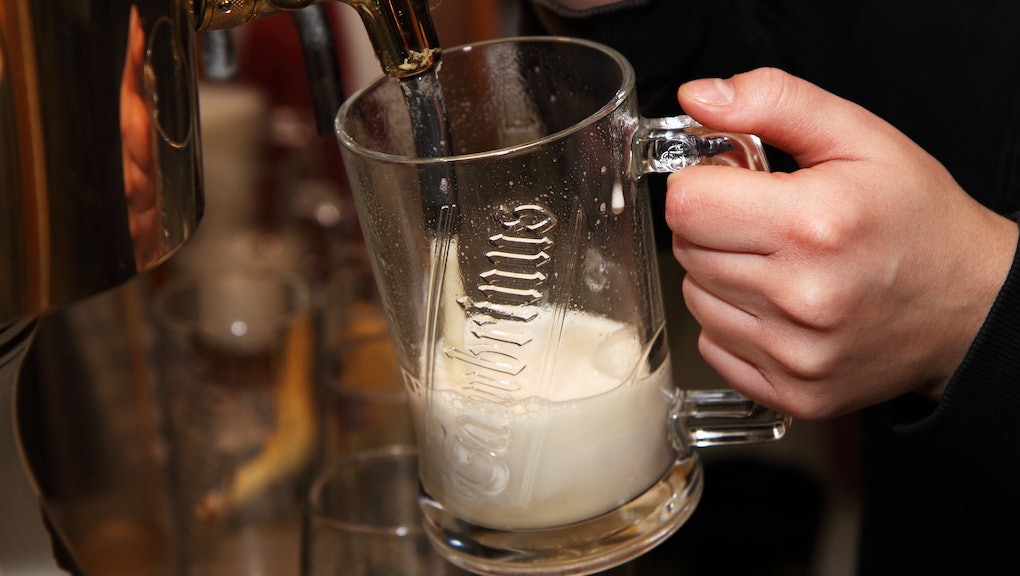 Drinking a beer can help you speak a foreign language, study says

Learning a foreign language isn’t easy. Even when vocabulary words are memorized and grammar structures are understood, it can be difficult to actually speak — especially for those of us who are shy about it.

Now, a recent study suggests that having a single alcoholic drink — about one 5% ABV pint of fresh, cold beer — can make a huge difference in how well we speak another language.

Researchers from three universities across Europe and the U.K. tested the effects of alcohol on 50 native German speakers who had recently learned some Dutch. They asked the speakers to converse with a stranger in Dutch and treated them to a drink. Some participants were given alcohol equivalent to nearly one pint of 5% beer, which they adjusted to each individual’s bodyweight. Others drank a beverage without any alcohol. Two native Dutch speakers scored the speaking skills of all participants, beer or not.

Here’s what they found: Those who had a little booze in them scored “significantly better” among the Dutch native speakers, particularly for their pronunciation. But when study participants were asked to rate their own skills, alcohol apparently had no effect on how they perceived themselves.

It’s a good, scientific justification for pouring a pint before striking up a conversation with a stranger while traveling abroad. But scientists aren’t exactly sure why alcohol appears to have this effect. It might just be a case of calmed nerves, or there could be other processes at play.

Either way, researchers are stressing that it’s not a reason to get drunk. “It is important to point out that participants in this study consumed a low dose of alcohol,” Fritz Renner, one of the researchers behind the study, said in a release. “Higher levels of alcohol consumption might not have beneficial effects on the pronunciation of a foreign language.”