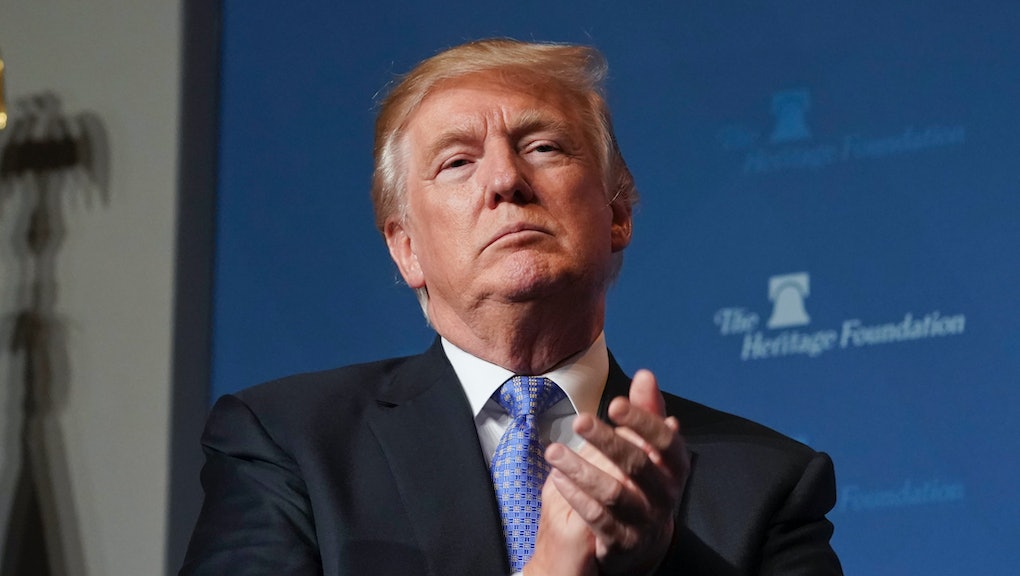 Is the death of 4 US soldiers in Niger becoming “Trump’s Benghazi”?

Every day, we bring you a different dispatch on Trump’s America. Today’s focus: What happened in Niger?

Since four soldiers were killed in Niger during an ambush near the African nation’s border with Mali, President Donald Trump and his administration have faced a growing chorus of criticisms for their handling of the situation both before and after the attack.

Sen. John McCain (R-Ariz.) told a reporter he didn’t believe the administration was being upfront about what exactly happened in Niger, and questions are being asked about what the United States is doing in the country, anyway. Florida Democratic Rep. Frederica Wilson was more pointed in her criticism, telling a radio host, “This is his Benghazi, and that is the reason why it took him so long to acknowledge it had happened.” She later repeated the claim on CNN.

Indeed, Trump has been hammered by the media for taking 12 days before responding to the news that the four soldiers had been killed. And when prompted by a journalist while taking questions in the Rose Garden, Trump said he had written letters to the family, before pivoting to criticize former President Barack Obama and other former presidents — falsely — for failing to make calls to the families of fallen soldiers.

Since then, Trump has found himself engaged in a separate war of words with Wilson, who gave an account of Trump’s call to the widow of one of the soldiers, Sgt. La David Johnson, in which she alleges he said Johnson “knew what he signed up for, but I guess it still hurt.” Trump has denied Wilson’s version of the conversation.

While Trump and Wilson continue to sort out just was said during that phone call — Cowanda Jones-Johnson, who raised Johnson after his mother died, has said Trump “did disrespect [her] son” — we can probably expect more and more calls for explanation on just what happened in Niger.

An Army official told Mic that green card holders would be temporarily unable to enlist in the Army Reserve while the Department of Defense works out a new policy that requires completed background checks before basic training.

A Gainesville, Florida, brewery offered free beer in exchange for tickets to white supremacist Richard Spencer’s scheduled talk at the University of Florida. The hope, according to the brewery, Tall Paul’s Brew House, was to try and “empty the room so his disgusting message goes unheard.” In response, Spencer’s team has decided not to let the university distribute the tickets and will had them out themselves in order to “avoid the sabotage.”

Former CIA Director John Brennan believes the possibility of conflict with North Korea is greater than it’s been “in several decades.”

Trump is suggesting that the FBI may have worked with Russia on the explosive Steele dossier.

A #FakeMelania conspiracy that alleges that first lady Melania Trump is using a body double has now turned into a full-blown meme.

The NBA’s Miami Heat says it will no longer hold its annual charity golf tournament at Trump’s Doral golf resort in South Florida.

An earlier version of this story incorrectly identified the date of this edition of the Navigating Trump’s America newsletter. It’s for Thursday, Oct. 19.