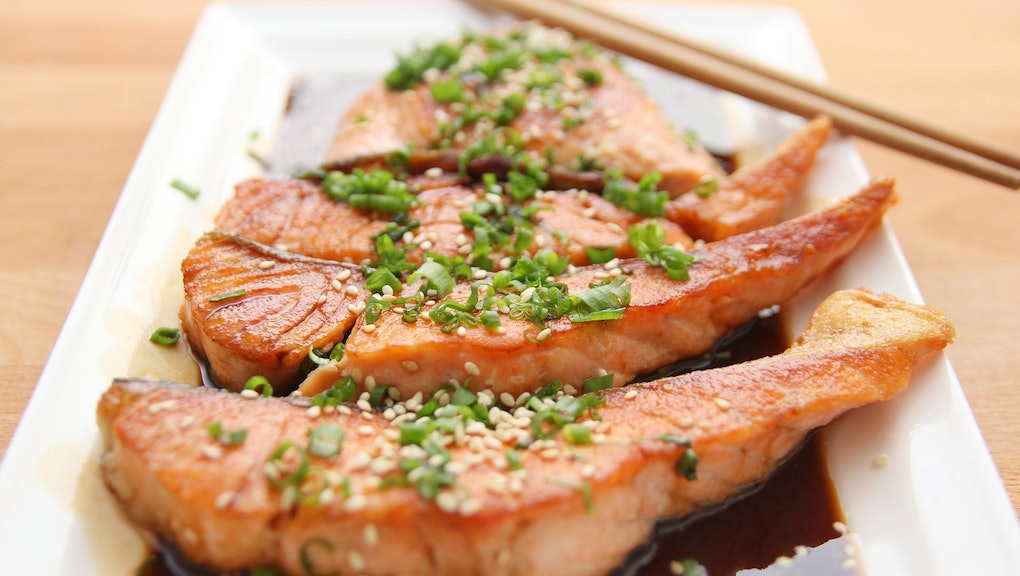 “Anti-inflammation” diets are all the rage. But do they really work?

I have an autoimmune disease called Hashimoto’s thyroiditis, and it’s really no fun. It’s when the immune system pumps out a high number of antibodies, which in turn inflame and slowly destroy the thyroid gland. My face swells, my body feels cold and I sometimes become incredibly — almost unbelievably — tired.

When I was first diagnosed, I was told that there is no known cure.

So, naturally, I was a bit skeptical when a different doctor in South Korea (where I currently live) recently recommended I go on an anti-inflammatory diet. In the world of catch-all health solutions, the anti-inflammatory diet is certainly in vogue — which is often a red-flag sign of a fad diet.

However, as it turns out, several researchers believe in the idea of eating for anti-inflammatory purposes. Anti-inflammatory diets can prevent or even treat major diseases such as Alzheimer’s, rheumatoid arthritis, inflammatory bowel disease, type 1 diabetes and psoriasis.

“[There is no] single compound that is the evil one, or one that is the magic elixir,” Barry Sears, president of the Inflammation Research Foundation in Massachusetts, said in a phone interview. “But it’s true that, if you follow an anti-inflammatory diet, you will basically reduce inflammation in your body and that will pay massive dividends for the rest of your life.”

“... If you follow an anti-inflammatory diet, you will basically reduce inflammation in your body and that will pay massive dividends for the rest of your life.”

At its core, an anti-inflammatory diet calls for more colorful vegetables, fruits and lean proteins — all while cutting back on dairy, alcohol, added sugars and refined, processed carbs like white bread. It can sound a lot like the brand-name paleo, Whole30 or autoimmune protocol diet, but even those diets may have a rule or two that isn’t scientifically supported.

“[These diets] are making a name for it and saying, ‘I thought of this all by myself,’ but actually these ideas come from 2,500 years ago,” Sears said, adding that there’s also a lot of bad science spreading on the internet about what people should or shouldn’t eat.

“It’s like 12 blind men trying to describe an elephant. They’re all partially right, but they’re not perfectly describing it.”

The science behind inflammation

Contrary to what it sounds like, inflammation doesn’t literally mean swollen or puffy body parts. It’s something we often don’t directly see or feel, and it’s the immune system’s natural response to fighting a disease or bad bacteria.

“We often think of inflammation as bad, but in reality, if we didn’t have inflammation, we would be dead as a doornail,” Sears said. “We’d have no defense against microbes and our physical injuries would never heal. So what you want to do is live in a good zone of inflammation — not too much, and not too little.”

Striking a balance is important, Sears said, because proteins, carbs and fats work together to help regulate our body’s inflammatory process. Cutting one of those three groups could tip our hormones out of balance and cause an unhealthy level of inflammation, he says, so we’re better off being skeptical about diet plans that villainize entire food groups entirely.

“There’s a lot of complexity here and most people promoting these ideas don’t have a clue of what’s going on at the molecular level, and they can make recommendations that may actually cause more inflammation,” he said. He mentioned the low-carb, high-fat ketogenic diet as an example: Though it does reduce carbohydrate and insulin levels in the blood, it causes the brain to release a steroid hormone called cortisol, which breaks down muscle mass to provide glucose for the brain.

“What’s the worst thing you can do? Be pumping large amounts of steroids into your system,” he said. “They depress your immune system, make you fat and makes you dumb by destroying the memory cells in the hippocampus.”

Here’s what you should eat

Balance is important, but “right now, our diet is more skewed toward pro-inflammatory foods,” Victoria Andersen, a clinical nutritionist at the University of Massachusetts Medical School’s Center for Applied Nutrition, said in a phone interview. “So it takes more of an effort to eat the anti-inflammatory ones.”

“Focus on whole grains, vibrant colors, darker colors, good fats and leaner proteins — that’s your day in and day out.”

Saturated fats, omega-6 fatty acids, excess carbohydrates and too many calories can all give rise to high inflammation, according to both Sears and Andersen. White rice, white bread, pasta, sausages and deli meats are known to be inflammatory foods (other red meats aren’t, Sears said).

Meanwhile, omega-3 fatty acids and polyphenols — the things that give fruits and vegetables their vibrant color — can help reduce inflammation (notice how white bread or white rice lack color, for example).

“Focus on whole grains, vibrant colors, darker colors, good fats and leaner proteins — that’s your day in and day out,” Andersen said. “But yeah, champagne can fit into your birthday party or cake on a wedding day or your traditional Thanksgiving dish or whatever — that’s absolutely important.”

It’s all advice we’ve likely heard before. Sears recommended devoting one third of each plate to a lean protein, which should never exceed the size of your palm. The rest should go to fruits and vegetables — ideally, 10 servings a day, which is equivalent to about two pounds.

“How do you know you’ve used that meal as a drug to control inflammation? If you’re not hungry and you have peak mental acuity — if you’re not fatigued over the next five hours — then that meal was a hormonal winner for you,” he said. “The bad news is that it’s only for five hours. So every five hours for the rest of your life, you got to play the game again.”

The problem with gluten-free diets

A recent study estimated that 3.1 million people in the U.S. eat a gluten-free diet, 72% of whom have not been diagnosed with celiac’s disease. Anti-inflammatory diets also often recommend going gluten-free, but Sears said the science behind that just doesn’t add up.

“Most people who say they are ‘gluten sensitive’ really aren’t. They say, ‘I feel better by not eating bread.’ Everyone would feel better by not eating bread,” he said. “The thing in bread that causes problems is not the gluten, but instead there are other carbohydrates called FODMAPs, [or Fermentable Oligo-, Di-, Mono-saccharides and Polyols.] These are carbohydrates that basically cause gastric distress, and when you take them out of your diet, you feel better.”

“People sometimes cut out gluten, but they switch to gluten-free pasta and gluten-free cookies,” she said. “Those are often more refined and may inadvertently bring up inflammation.”

It’s not just about food

Excess inflammation isn’t just a matter of eating too many pizzas. Stress can drive up inflammation, while exercise can reduce it, experts say.

“Whats the best exercise? Don’t sit,” Sears said. “If nothing else, get out of your chair and walk around your desk every 20 minutes.”

He recommended thinking of it as an “80-15-5 rule” — 80% of inflammation reduction comes from diet, while 15% of it comes from exercise and 5% by reducing stress.

But no matter the method, bringing down our inflammation is a step toward better health. I haven’t tried anti-inflammatory eating yet, but it seems like following my doctor’s advice would be a good idea — not just for me, but for you, too.

“When I used to do these grocery store tours with medical students, I would tell them that what we do — our jobs, if you want to just simplify it — is to bring down inflammation in people’s lives,” Andersen said. “We’re just a bunch of inflammation squashers.”