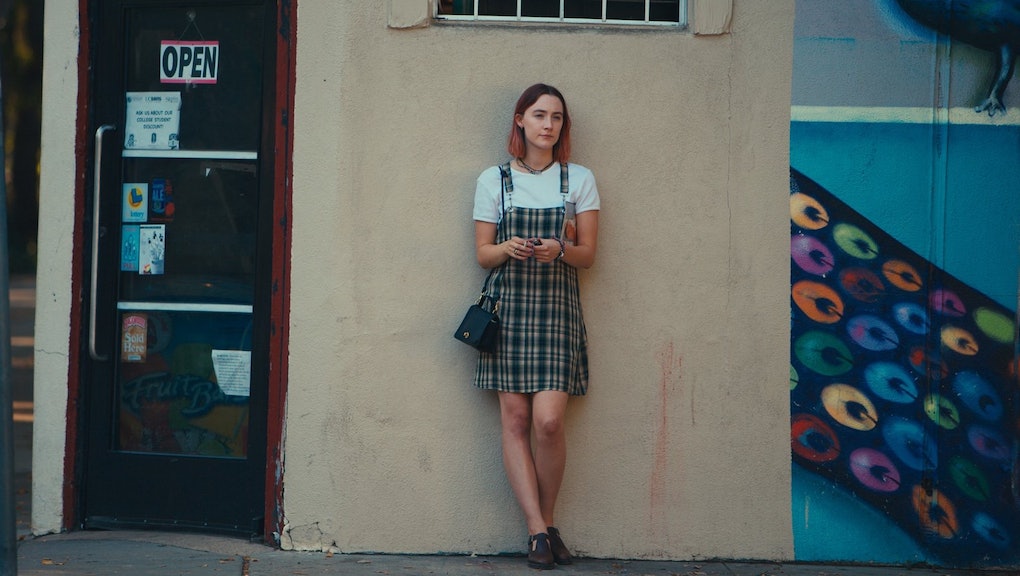 California is vast. This should go without saying, since it’s the third-biggest state in America according to square footage, and the biggest regarding population. But California is often reduced to its marquee coastal cities, Los Angeles and San Francisco, and what those cities signify. In the national imagination, California is pretty much just Hollywood and Silicon Valley — a state that worships sex, tech, celebrity and avocado toast, and is filled with movie stars and hotshot entrepreneurs. It’s a state of and for elites, in other words.

But that’s not the California that Greta Gerwig depicts in her proper directorial debut, Lady Bird, out Friday. A funny and heartfelt coming-of-age drama, the film focuses on Christine McPherson (Saoirse Ronan), a free-spirited high school senior from Sacramento who wears her hair dyed red and who has renamed herself Lady Bird. The story isn’t overtly political, but because the characters are so well drawn and lived-in, Gerwig (who wrote the script) also manages a smaller, subtler success: She tells a story about a white working-class family that we don’t often hear.

In the film’s first scene, Lady Bird and her mother, Marion (Laurie Metcalf), are driving home after a tour of the state’s colleges. They’ve been in the car for 21 hours and five minutes — time marked by their having finished the book-on-tape version of John Steinbeck’s The Grapes of Wrath. When the recording ends, Lady Bird and her mother tear up and share an emotional moment. But the connection’s short-lived. Lady Bird puts on music, and her mother asks her to turn it off because she wants to “sit with what they’ve heard.” So they talk. Quickly though, their talking turns to bickering, the bickering escalates and Lady Bird actually jumps out of the moving car, breaking her arm.

Lady Bird’s dramatic exit aside, the fighting is par for the course regarding overbearing mothers and rebellious teenagers. A disagreement about something small — like listening to music — gets heated because it’s really about things that are bigger — like Marion being defensive and passive aggressive, Lady Bird being ungrateful and the possibility of Lady Bird soon leaving home for school. But their fight is also about money.

Or, more accurately, it’s about the McPhersons’ lack of money. The McPhersons are a thoroughly working-class family: Marion is an often-on-the-clock nurse and her husband, Larry (Tracy Letts), is soon to be laid off. They buy their clothes at thrift stores, exchange socks for Christmas, view supermarket magazines as an unaffordable luxury and Larry drives a jalopy that Lady Bird is embarrassed to be seen getting out of when he drops her off at school. Paying the bills is a source of anxiety for Larry and Marion, and the prospect of sending their daughter to college compounds that anxiety.

To make matters more fraught, Lady Bird desperately wants to leave California. Sacramento is portrayed, in turns, as charming, quaint, dangerous, homogenous and diverse, a hybrid of the urban and suburban. But as big as California is, for Lady Bird, living in Sacramento can make the state feel small, like a flat town of familiar haunts and predictable people. For her, the East represents what the West typically does in the American mythos: It’s a frontier of culture, a faraway land where she imagines herself flying free.

In her mother’s eyes, Lady Bird’s desire to move out of state is impractical and inconsiderate — she’s refusing to take advantage of California’s affordable state college system. To some extent, they’re both right, but they’re also both strong-willed, making it hard for either to sympathize or compromise. They butt heads many more times throughout the film, often in similar fashion.

Lady Bird is a period piece, but it’s set in 2002 and 2003 (a time when Gerwig, who’s now 34, was Lady Bird’s age), so its depiction of America is familiar — it looks a lot like the America of today, but with blocky cell phones and way too much Dave Matthews Band playing in the background. But its depiction of the white working class feels a bit foreign, considering how that demographic has been characterized for the past year or so.

Here, the white working class is not some monolithic force that only hails from Middle America and that’s filled with resentment toward elites. They’re not hardline, social conservatives, and they’re not coal miners or Rust Belt factory workers. Instead, we see a working-class family that doesn’t fit the picture many people might have in their heads when they hear that term. The McPhersons are a diverse family (Lady Bird’s brother is played by Jordan Rodrigues, who is of Malaysian descent), they don’t frown at pre-marital sex and they seem to support women’s right to choose. They even go along with Lady Bird’s eccentric self-given name.

True, they are from a deeply blue state but, if anything, that’s part of what makes these characters feel so distinctive. Gerwig — herself a native of Sacramento — is showing us an unconventional version of families from a certain economic background, as well as another side of California.

It’s notable that Gerwig begins the movie — this is before the opening car ride scene — with a quote from Joan Didion’s 1979 book of essays, The White Album: “It kills me when people talk about California hedonism,” Didion wrote. “Anybody who talks about California hedonism has never spent a Christmas in Sacramento.” Lady Bird is like a Christmas in Sacramento.