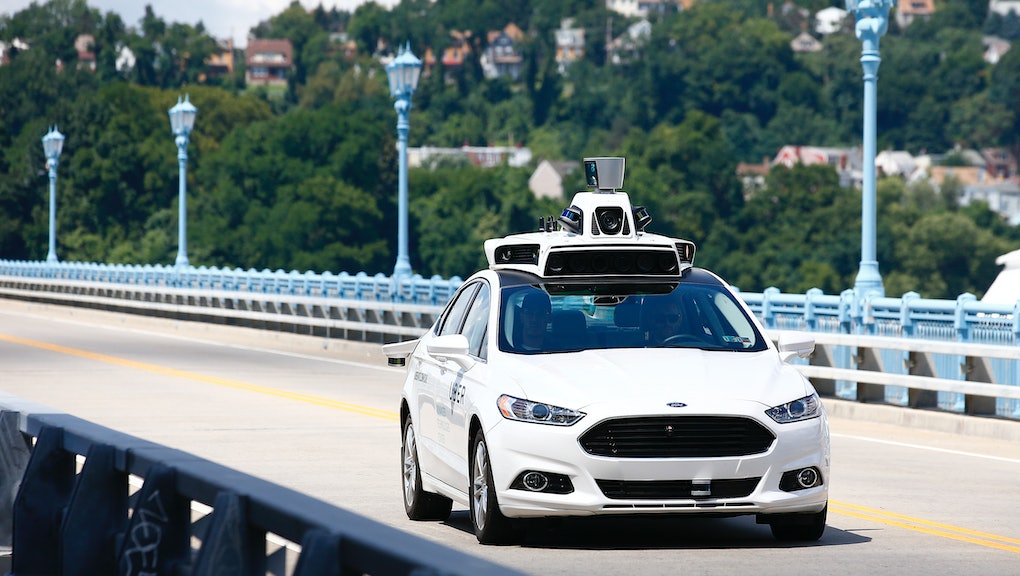 These American cities are preparing for a future with autonomous vehicles

Autonomous vehicles are coming, whether cities are prepared for them or not.

Only about 40 cities around the world are known to be piloting autonomous vehicles on their streets, according to a recent “atlas” (or report) by Bloomberg Philanthropies and the Aspen Institute logging urban preparations — and that’s despite an estimate that there will be at least 10 million self-driving cars on roads by 2020. At least 19 others are preparing but not testing — think surveys, reviewing government protocols and long-term planning.

“One of the challenges for the cities is not just seeing [autonomous vehicles as] a shiny object and jumping at it,” Stacey Gillett, a member of Bloomberg Philanthropies’ government innovation team, said by phone. “But rather, saying this is a change that’s coming that we see as inevitable, and there are opportunities and challenges embedded in that.”

How are U.S. cities preparing?

The good news for Americans is that about 25 of those cities preparing for a future with autonomous vehicles are in the United States. For example, Washington, D.C., is toying with autonomous baby robots that carry packages the last mile. Boston is piloting taxis and private cars. Detroit is interested in six-passenger electric shuttles.

In 2011, Nevada led the pack when it became the first state to explicitly allow the operation of autonomous vehicles in its laws — and now, Las Vegas has finished a two-week pilot giving free rides on a 12-passenger vehicle. Meanwhile, San Francisco plans to spend at least $2 million testing driverless shuttles around Treasure Island, where passengers will be able to ride along bus stops and to popular commercial areas. The list goes on.

“We’re seeing a lot of minibuses. The reason cities are interested in that is because it’s filling a really important gap in their transit network,” Anthony Townsend, president of an urban planning studio called Bits and Atoms and a consultant on the report, said by phone. “This is what you call the ‘first mile, last mile’ problem: How do you get from your office or house to the bus stop or the train station?”

It’s true that many American cities are on the cutting edge of embracing this technology to solve its problems, but Townsend said it’s actually London, Singapore and Paris that are conducting more than one pilot.

“Part of the reason that’s happening is that they actually have the capacity in their city government — in their transport groups in particular — to actually work that many projects parallel [to each other],” he said. “A lot of them also have national government resources directed at them to support those pilots, and they also happen to be high-profile, global cities.”

Why it’s hard for cities to get onboard

Cities have reasons to embrace autonomous vehicles: They could incentivize public transit by connecting people who live too far away from bus and subway stops. They could encourage carpooling or take more cars off the road. Senior citizens and people with disabilities might have a new way to get around.

Then, of course, there’s the public relations aspect to this — the grit and glory that comes with branding oneself as a forward-thinking city.

“In terms of a formula, if there is one, is that the economic development agenda is kind of driving these [pilots],” Townsend said. “They are being seen as transportation solutions, but they’re also being seen as a way to draw attention to areas that are being targeted for the tech industry, and this is a way to show the world, ‘Look, we’re very interested in exploiting any tech available to make this a better place.’”

Riding around in a glamorous shuttle that drops us off at the train station sounds like a dream, especially for many urban, carless millennials. So why not right now? For one, the technology still may not be good enough to convince city planners and officials — plus all the bureaucratic departments involved — that it’s time to invest millions of dollars in supporting a never-before-seen transportation system that could change so rapidly.

“A lot of cities are really hesitating to pull that trigger,” Townsend said. “A transit agency buys buses that are going to be used for 10 to 20 years, so they have to be pretty sure that the thing they’re buying is still going to be the solution they need. With how fast the technology is changing, it’s so hard to be confident about that.”

It’s a high-stakes decision. That might explain why some cities — such as Los Angeles, Orlando, Sacramento and Seattle — are still pushing papers, and not necessarily piloting. A lot of careful planning lies ahead.

“[Cities are] really looking to the industry to bring them the finished product and say, ‘Look, this is the iPhone for urban transit,’” Townsend said. “But we’re still a couple years from there.”