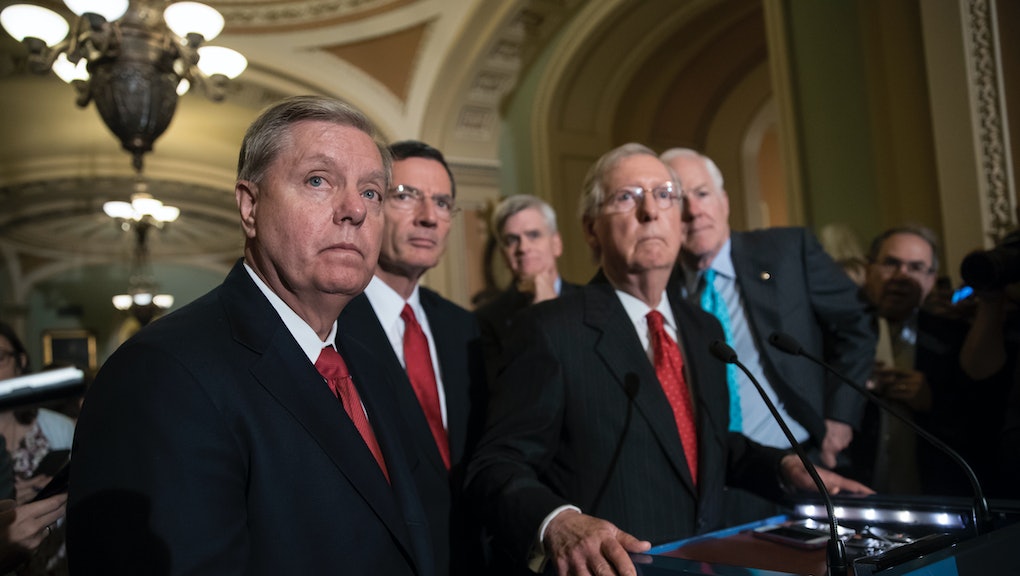 According to the new Congressional Budget Office analysis released on Wednesday, the United States government would save $338 billion over the next decade if it indeed repeals the health care mandate requiring all citizens to have health insurance.

And while that number may seem like a win for the country, the picture gets far more bleak when you consider where that savings is coming from.

As Vox explained, the current mandate to purchase health insurance pushes young and healthy people who may not otherwise buy it to do so or run the risk of paying a penalty. However, without the mandate, these people would likely drop out, which in turn would increase insurance premiums for those left in the marketplace.

As Wednesday’s CBO analysis estimated, premiums on the marketplaces would go up 10% if the Republicans move foward with their plan to repeal the mandate.

Republicans, Politico reported, have been considering removing the mandate as part of its tax reform package, however there is a large resistance within GOP leadership to actually pull the plug on the rule as they fear it would be rejected in the Senate.

“As a matter of tax policy, including $338 billion in additional revenue to pay for tax reform is a positive outcome,” Chris Jacobs, a health policy analyst at Juniper Research Group, told NPR. “But as a matter of health policy, repealing the mandate without repealing any of Obamacare’s insurance regulations will raise premiums.”