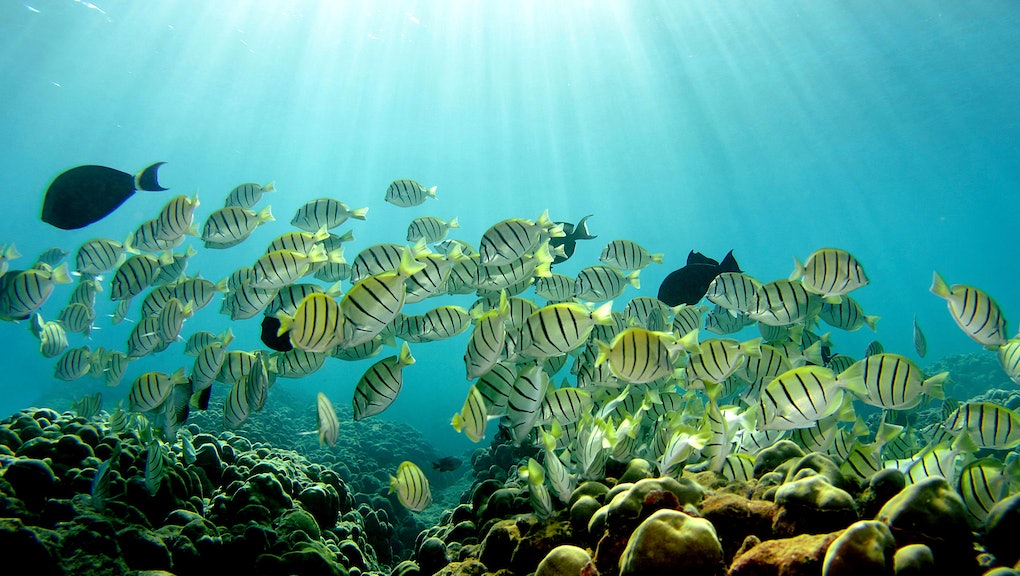 Not only are the hundreds of thousands of people living in the Pacific Islands under threat of losing their homes thanks to climate change, but according to a new study they may be in danger of losing a major food source as well.

According to the study by Nippon Foundation-Nereus Program, the Pacific Islands will lose 50 to 80% of their marine life species by the end of the 21st century if climate change goes unchecked.

“Under climate change, the Pacific Islands region is projected to become warmer, less oxygenated, more acidic, and have lower production of plankton that form the base of oceanic food webs,” lead author Rebecca Asch, Nereus Program alumnus and assistant professor at East Carolina University, told Eureka Alert. “We found that local extinction of marine species exceeded 50 percent of current biodiversity levels across many regions and at times reached levels over 80 percent.”

Part of the potential mass die off is due to the ecosystem’s delicate balance in the region. As Eureka Alert explained, the fish and marine wildlife surrounding the Pacific Islands live in a temperate climate, meaning there is little change to the ocean and air temperatures throughout the year. However, an increase in water temperatures due to climate change, even by just a few degrees, can throw everything off kilter. This would be especially true for marine life living in open water, the study noted.

“Additional warming will push ocean temperature beyond conditions that organisms have not experienced since geological time periods in this region,” Gabriel Reygondeau, the study’s co-other said. “Since no organisms living in the ocean today would have time to adapt to these warmer conditions, many will either go extinct or migrate away from the western Pacific, leaving this area with much lower biodiversity.”

So what could stop this marine catastrophe from happening? According to the scientists, it all comes down to adhering to the Paris Climate Agreement.

The changes and impact on marine life in the Pacific Islands was dramatically reduced under a climate change scenario where greenhouse gas emissions were close to the goals of the internationally recognized agreement, the researchers added.

“As a result, these changes in oceanic conditions are not inevitable, but instead depend on the immediate actions of all countries to materialize their commitment to limit greenhouse gas emissions as is being discussed in COP23 in Bonn, Germany,” co-author William Cheung said.

Nearly 200 countries around the globe have signed on to take part in the agreement. While the United States is still technically participating in the agreement, President Donald Trump has taken the first steps necessary to withdraw. If he succeeds, the United States will be the only country on Earth not actively participating in climate change action.