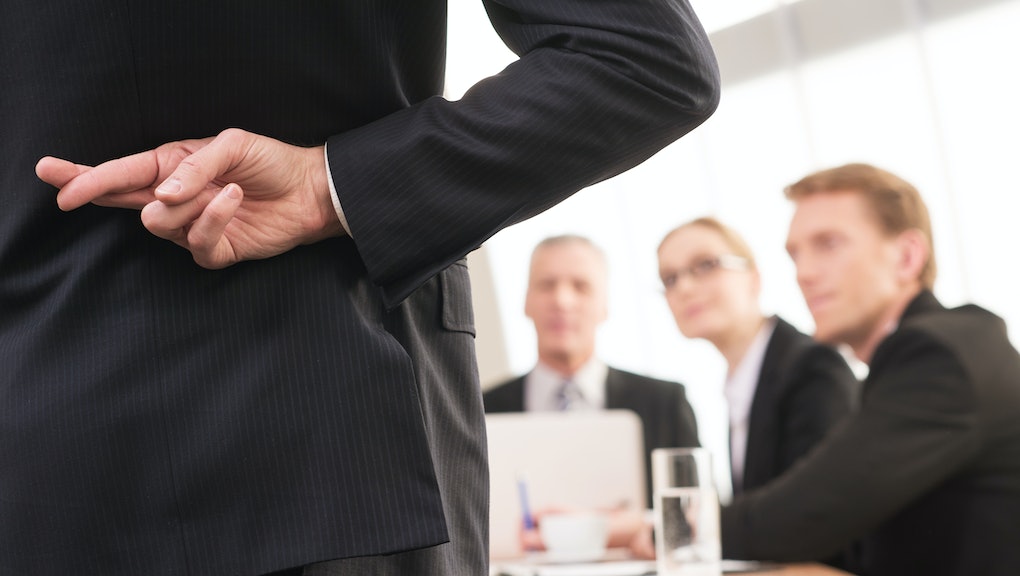 On Dec. 14, the Federal Communications Commission will vote on whether or not to roll back regulations that could directly affect the way you use the internet, and the proposal is all but certain to pass. Some companies, like Comcast — which stands to benefit from these rule changes — are trying their hardest to convince you the FCC’s proposal is a great idea.

“We applaud [FCC Chairman Ajit Pai’s] efforts to repeal the ill-advised and outdated burden of Title II classification, which has harmed broadband investment and innovation,” David Cohen wrote in a blog post on Comcast’s site.

Critics, like Business Insider, argue that the oft-repeated point about hampered investment is flawed, and that investment in broadband has remained relatively stable. In fact, a report from net neutrality advocacy group Free Press found that net neutrality rules passed in 2015 under the Barack Obama administration haven’t hurt internet companies the way they thought they would.

Regardless, Comcast is doing its best to convince customers that if net neutrality rules disappear as planned, it won’t participate in any of the insidious internet speed throttling that net neutrality advocates say is an inevitability.

On Monday, Ars Technica noted a potential catch in Comcast’s recent language: that Comcast appeared to have changed its stance on “paid prioritization,” the idea that an internet service provider could favor one company’s speeds over another. Since paid prioritization boosts one company’s access, it doesn’t technically qualify as “throttling” the speeds of anyone else.

If the FCC’s current proposal passes in December, restrictions that prevent paid prioritization would cease to exist.

“Instead, Comcast now vaguely says that it won’t ‘discriminate against lawful content’ or impose ‘anti-competitive paid prioritization,’” Jon Brodkin wrote for Ars Technica. “The change in wording suggests that Comcast may offer paid fast lanes to websites or other online services, such as video streaming providers, after Pai’s FCC eliminates the net neutrality rules next month.”

In a statement emailed to Mic, Comcast denied any such plans.

“Comcast hasn’t entered into any paid prioritization agreements. Period,” the statement, first reported by CNET, said. “And we have no plans to do so.”

However, it’s worth noting that Comcast is currently prohibited from implementing paid prioritization plans under a condition of its purchase of NBCUniversal in 2011. Those restrictions will lift in September 2018. Therefore, assuming the FCC’s rollback of current net neutrality rules goes through, Comcast legally will have an opening to implement paid prioritization plans in late 2018.

When Mic asked a representative from Comcast to clarify whether it will re-evaluate its stance on paid prioritization once those restrictions lift in 2018, they declined to comment further beyond the initial statement. Instead, Comcast reiterated its first statement that it “has no plans for paid prioritization.”