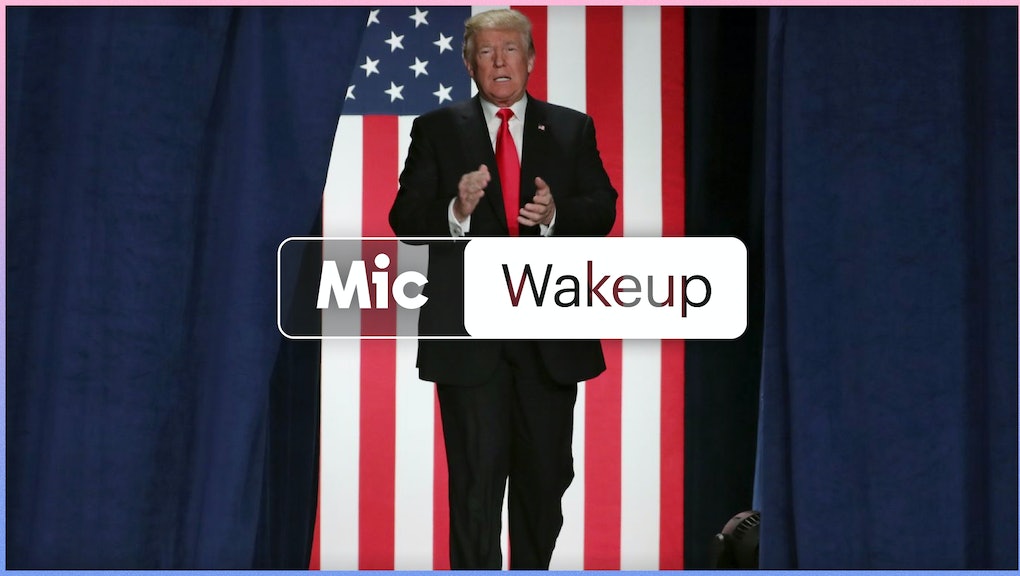 Mic Wakeup: Everything happening with the GOP’s tax plan

On Wednesday, while speaking in front of a crowd at a rally in Missouri, President Donald Trump suggested the United States has not seen a tax cut since Ronald Reagan was president.

“For years, they have not been able to get tax cuts. Many, many years. Since Reagan,” Trump said. “The problem was, they talked about tax reform, not tax cuts. I said, ‘Don’t call it reform. Call it tax cuts — and reform.’”

This statement, however, is categorically untrue. While Trump’s tax break may be the largest the U.S. public will see in decades, it’s certainly not the first since Reagan. As Mic noted, President George Bush famously slashed taxes in both 2001 and 2003. Both of those tax breaks had the benefit of lifting take-home pay for middle-class earners, but in turn caused the federal deficit to skyrocket, something that many believe will happen in the GOP’s new plan is passed now.

On Wednesday, Republican Sen. Lisa Murkowski announced that she would indeed vote in favor of the Republican tax plan overhaul, marking a significant step forward for the plan.

Murkowski has been a toss-up vote as of late and famously defected from her party over its healthcare reform bill, voting against the passage of the plan.

Murkowski isn’t the only Republican coming back into party line. Maine Republican Sen. Susan Collins, who also voted against the ACA repeal efforts, told reporters she too was feeling “optimistic” about the tax bill.

Sens. Ron Johnson of Wisconsin and Steve Daines of Montana are the only Republicans left publicly stating they do not currently support the bill.

Demonstrators are not giving up the fight against the tax plan

Those who fear losing their health care as part of the Republican plan to overhaul America’s tax system have no plans of backing down.

As Mic reported, activism in D.C. has gone into overdrive, with citizens storming Senate offices and hearings and making their presence known. Some came in wheelchairs and shared their pre-existing conditions with leadership before they were arrested and carried away while screaming out against the changes.

“The level of furious opposition creates the background conditions for the inside negotiations,” Wikler said. “You don’t need to get legislators to actively oppose it. You just need to get them to refuse to reach a compromise they can all agree with.”