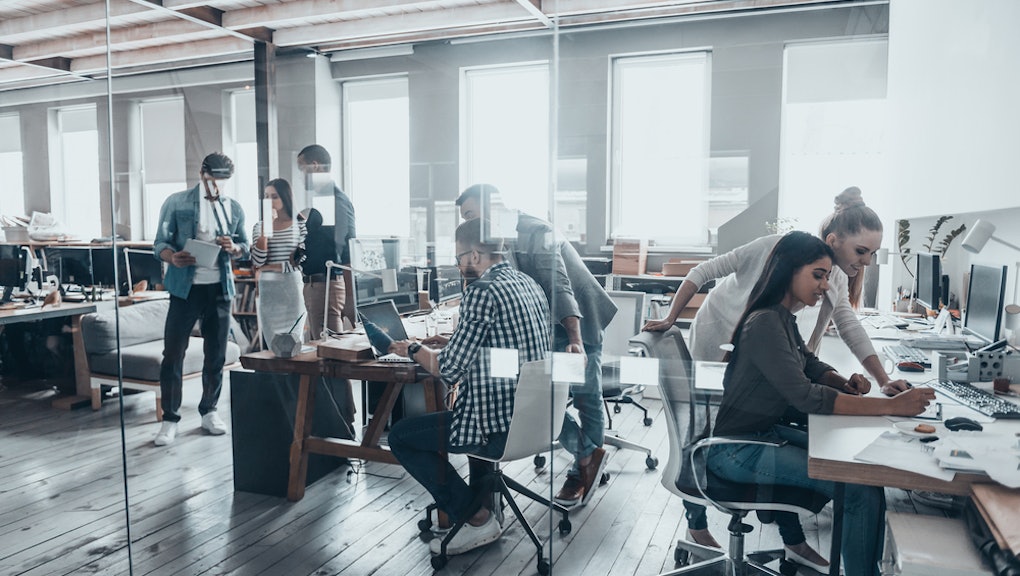 Career inspiration: 15 emerging jobs growing fastest in the US

Whether you’re just getting started in your career or are pondering a pivot to a more exciting or lucrative line of work, it pays to find out what new fields will likely show promise 10 or 20 years from now. While it is obvious technology has made working as a postal carrier or translator less promising, for example, it is typically harder to gauge which careers are worth investing years of education to pursue — and to find inspiration outside the box.

The good news is that job growth in the U.S. is expected to produce 11.5 million more jobs by 2026, according to the Bureau of Labor Statistics. To figure out which careers are growing the fastest, Linkedin identified the job titles that appeared more frequently among users of its site in 2017 versus 2012.

It is little surprise that tech jobs like software engineers and data scientists are becoming more popular, but the number of people working in jobs that require soft skills like communication and management grew, too. “We were pleasantly surprised to see roles like barre instructor as one of the emerging jobs, as well as other non-tech roles continuing to grow in popularity,” Rachel Bowley, a data scientist at LinkedIn said. Other non-tech roles on the rise include realtors, sales representatives and customer service specialists.

Now, an increase in Linkedin users with these titles does not necessarily mean there’s a proportionate increase in demand for those jobs — but the fact that more and more people are finding opportunity in these areas suggests they are worthy fields to consider if you’re looking for career inspiration and a fresh start. Here’s a peek at the top 15 emerging jobs in the U.S., with typical salaries either from Bureau of Labor Statistics employer data or self-reported pay provided to job sites Glassdoor, Linkedin and Indeed.

Realtors help you buy or sell a house and negotiate the price and terms on your behalf. Before they can do so, however, they must be licensed, which requires anywhere from 63 to 135 hours in coursework, depending on the state where they work, along with an exam. Pay varies widely as commissions are based on home prices and some realtors work part time. Most are independent contractors and can set their own hours.

A barre workout is a blend of yoga, pilates and ballet, with a focus on isometric strength training. Instructors should be certified to teach barre classes, which can take up to 45 hours, Michaela Bloom from the International Ballet Barre Fitness Association said in an email interview. Teaching private lessons can raise your earnings, with some teachers charging $85 or more per session.

A job as head of partnerships includes positions like an account manager, general manager, senior associate and a lead of brand strategy. Candidates are likely to have a bachelor’s degree, some work experience and a background with sales software. If you are looking for a job like this, you are more likely to find it in one of the 10 largest U.S. metro areas.

Job responsibilities may include working with customers and managing advertising and media. A bachelor’s degree may be required as well as experience in marketing, sales or web marketing. Jobs as a brand activation manager give you mobility but less opportunity to switch industries.

Loan officers review loan applications, answer questions and update credit files. A bachelor’s degree and licensing is typically required. In recent years, demand has increased for jobs in finance, which is one reason why it’s one of the top emerging jobs.

A full stack developer is a programmer who has specific knowledge of software development at every level. Skills include proficiency in user interface, quality assurance, service, network and hosting environment, as well as relational and nonrelational databases. The most common degrees held by a full stack developer are in computer science and computer engineering.

A brand partner may develop and manage sales partnerships with brands in order to help the company to generate media opportunities. Sales and business development skills are helpful, plus candidates typically have several years of experience and a bachelor’s degree. Brand partner positions offer plenty of mobility, but allow for less room to pivot to another industry.

This job involves managing and leading teams of data scientists, working on specific data science issues and overseeing work standards and best practices. A master’s degree or higher is typically required, as well as at least 10 years of experience. Data science jobs tend to be concentrated in top 10 metro areas with tech jobs in urban coastal cities.

A unity developer designs games using the unity platform. Developers typically have a bachelor’s and/or master’s degree in computer science, engineering or a related field, plus experience working in game development.

A full stack engineer uses the same skills as a full stack developer but has an engineering background. To get this job, you’ll need to know all stages of software development and be fluent in the server, network and hosting environment.

Anyone who has worked as a software engineer, including java (and hadoop) developers, are suited for a position as a big data developer. Developers typically need a bachelor’s or master’s degree in information technology, along with relevant work experience.

Typically functioning as an in-house sales representative who focuses on outbound prospecting, a sales development representative’s main goal is to identify potential customers. Employers typically seek candidates with a track record of successful sales experience who are passionate about the job.

Machine learning engineers are computer programmers who create software with artificial intelligence abilities that go beyond automating specific tasks. A bachelor’s or master’s degree is typically required, as well as competence in linear algebra, algorithm optimization and implementing neural networks. Want in? You can even take online courses to get in on this burgeoning profession.

Finally: Rather than starting the job hunt in 2018, why not begin now? Here’s why the end of the year is a great time to look for a new job.