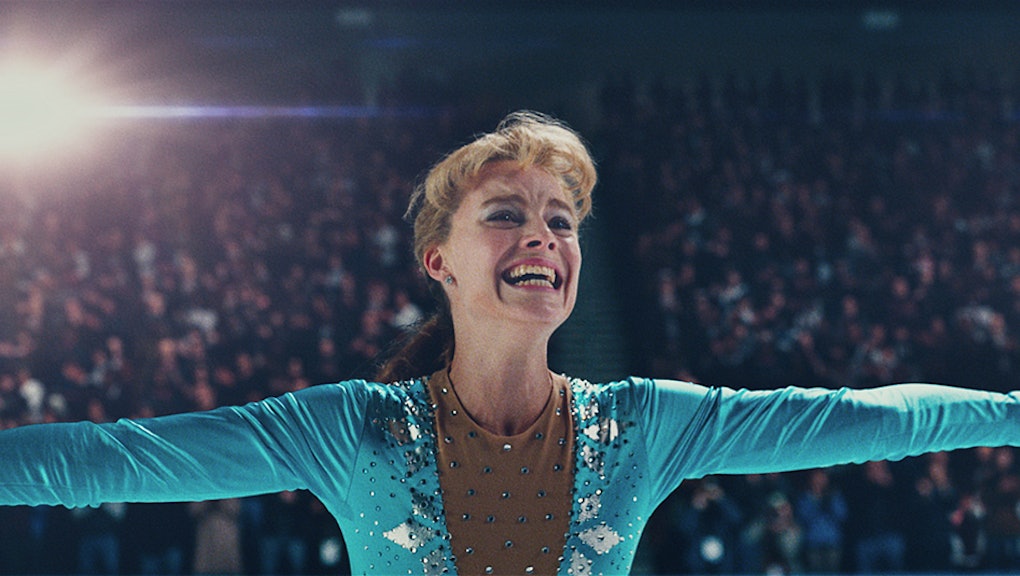 Tonya Harding is an antihero in ‘I, Tonya.’ But the American public is the villain.

Before I saw I, Tonya — director Craig Gillespie’s tragicomic retelling of Tonya Harding’s tumultuous stint as a prominent American figure skater — Harding was one of those names I knew but couldn’t place. I wasn’t yet born when she triple-axel jumped into the national consciousness 1991. And I was a toddler when she was banned from the U.S. Figure Skating Association in 1994 for her role in the attempted cover-up of an attack on fellow skater Nancy Kerrigan.

I’d venture that most other Americans under 30 wouldn’t know who she is, either. Margot Robbie plays Harding in I, Tonya, and she, an Australian born in 1990, initially thought Harding was a fictional character upon reading writer Steven Rogers’ screenplay. “When I first read the script, I thought how creative the writer was, coming up with this crazy character who was somehow involved with this outrageous incident in the figure skating world,” Robbie is quoted as saying in the press kit for the film, which opens in theaters Friday.

In the early ’90s, though, the idea Harding’s name would be forgotten by the the following generation probably would’ve been hard to fathom. Harding, for those unfamiliar, was not just an Olympian — she was a polarizing celebrity, involved in one of the most salacious scandals in modern American sports.

After a practice session at the 1994 U.S. Figure Skating Championships, Harding’s American rival, Kerrigan, was attacked by a goon hired by Harding’s ex-husband, Jeff Gillooly, and his friend, Shawn Eckhardt. The whole episode, which involved Kerrigan getting clubbed above the right knee with a baton, was the stuff of a Coen brothers movie, complete with a cast of bumbling fools and a boneheaded plot that spun out of control.

But Gillespie reminds you that what you’re watching actually happened and, for a time, gripped the nation. He takes a meta approach, regularly interrupting the quick-paced absurdity with faux-documentary interviews. Set in the present, the fictional interviews (which can’t help but recall ESPN’s 30 for 30 doc on Harding, 2014’s The Price of Gold) allow the characters to reflect and offer conflicting accounts on what went down more than 20 years ago. That sort of technique might be a bit played out at this point, but it’s effective; Gillespie puts viewers right inside the life of a controversial public figure — her upbringing, her relationships, her ambitions — and lets us see what it’s like to be swallowed up (and spit out) by the modern celebrity industrial complex.

In this way, I, Tonya invokes other recently released, darkly comic films based on true rise-and-fall stories, like 2013’s The Wolf of Wall Street, 2015’s The Big Short and 2017’s American Made. But for all the similarities in style and tone, Harding’s story is starkly different than those other tales, namely because she’s a woman from a poor, rural background and her highs aren’t nearly as high as those for the onscreen versions of Jordan Belfort and Barry Seal. Even at the peak of her success, Harding’s life never seems like a party. She never moves into a mansion or drives a sports car. And time and again, she’s literally smacked out of her fantasies by her abusive mother and husband.

Harding’s mom, LaVona Golden (played brilliantly by Allison Janney), is demanding and manipulative in a way that puts her on par with J.K. Simmons’ brutal jazz instructor from Whiplash. At one skating practice during Harding’s childhood, Golden — who always seems to have a thermos full of whiskey when she’s near the ice — won’t let her daughter leave the rink to pee until she skates to her mother’s liking, so Harding ends up peeing in her leotard. “She skated better when she was enraged,” an older Golden says in her defense, with a parrot perched on her shoulder. But the cruel treatment isn’t all some misguided attempt to help Harding achieve excellence: One fight at the dinner table escalates to the point that Golden throws a knife at Harding.

Gillooly (Sebastian Stan), on the other hand, is more capricious. He can seem like a gentle, loving husband one moment and then, at the hint of the smallest slight, he’s pushing Harding against a wall or smacking her. The abuse is dished out at a numbing frequency and definitely played more for discomfort than it is for drama. It’s also one of the details various characters remember differently — Gillooly recalls Harding hitting him, for instance. The audience is left to decide whom to believe and with whom to sympathize.

Rogers’ script makes it clear the figure skating establishment and media had little to no sympathy for Harding. As in real life, she wears her working-class background on her sleeve, sporting homemade costumes and skating to muscular rock music. Neither detail does her any favors with conservative judges. At one point in the film, after feeling like she didn’t get a fair shake from a panel, Harding confronts a judge in a parking garage. “We need to see a wholesome American family and you refuse to play along,” he tells her confidentially.

Wholesomeness may have been what the sport’s gatekeepers wish to project, but the media and the public are clearly drawn to Harding for her perceived lack of wholesomeness. Sure, her triple-axel jump earned her some recognition, but it’s only in the wake of the Kerrigan scandal that reporters begin camping outside of Harding’s home. You can feel the public’s fascination with the story and, in that way, I, Tonya is just as much about the American appetite for gossip and controversy as it is about Harding and the people in her life.

The film’s title nods to I, Claudius and the courtroom oath of “I swear to tell the truth, the whole truth and nothing but the truth.” But intentionally or not, the title also calls to mind Apple. In the film, America treats Harding like a product — the iTonya — and she proves to be expendable when a new, upgraded model comes along. Once Harding is banned from figure skating for trying to help cover up a crime she herself did not commit, America uncaringly discards her. The swarm of reporters outside her Oregon home travels south to Los Angeles, where it finds a spicier and ultimately more enduring scandal to prey on in the O.J. Simpson trial.

Gillespie quite conspicuously shows O.J. on a television screen toward the end of the film. It’s a fair connection, but Gillespie lingers on it so that any shred of subtlety is lost. But then again, subtlety obviously isn’t what I, Tonya is after. What this movie is concerned with is the power of a juicy story and how to sell it to a public that’s more interested in spectacular falls than remarkable leaps.