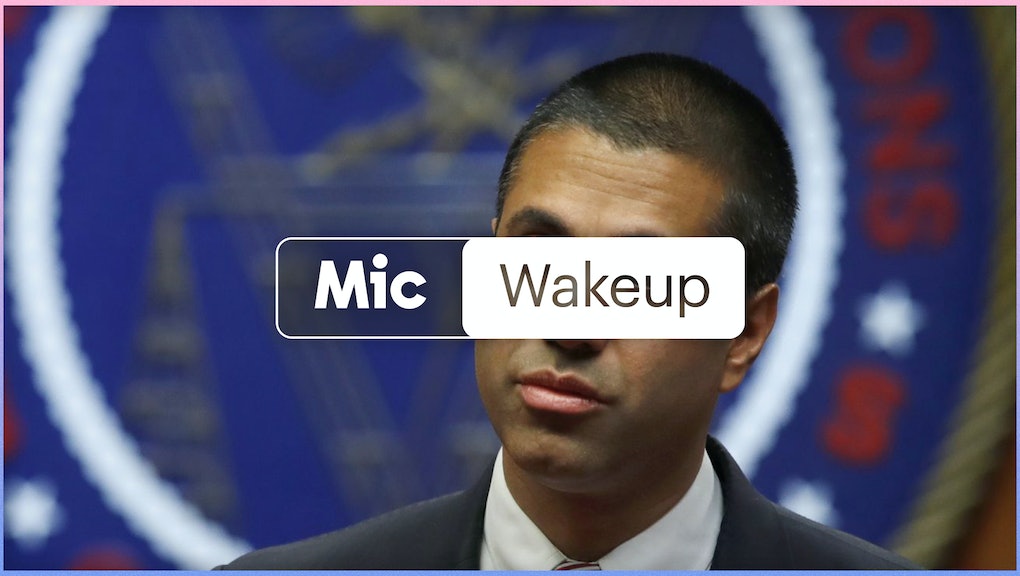 Mic Wakeup: Everything you need to know about net neutrality

The FCC repealed net neutrality. What is it anyway?

On Thursday, the Federal Communications Commission voted 3-2 to repeal Title II restrictions put in place by President Obama’s administration, which required all internet service providers (ISPs), like Comcast and Verizon, to adhere to certain standards, including net neutrality.

The regulations made ISPs act more like other utility companies, such as oil, gas and electric, to ensure they provided the same service, at the same speeds, for the same price, to everyone.

This meant that Comcast, for example, couldn’t charge you more for streaming services like Netflix or Hulu. It couldn’t charge an extra fee for Facebook or Twitter, and it couldn’t slow sites like Reddit or Google. Now, however, all those regulations are out the window.

People, companies and politicians aren’t pleased with the vote

“We’re disappointed in the decision to gut #NetNeutrality protections that ushered in an unprecedented era of innovation, creativity and civic engagement,” Netflix’s corporate account shared in a tweet. “This is the beginning of a longer legal battle. Netflix stands with innovators, large and small, to oppose this misguided FCC order.”

“This is an egregious attack on our democracy. The end of #NetNeutrality protections means that the internet will be for sale to the highest bidder,” Sen. Bernie Sanders tweeted. “When our democratic institutions are already in peril, we must do everything we can to stop this decision from taking effect.”

New York State’s Attorney General Eric Schneiderman even went so far as to declare that he would be suing the FCC over its decision.

Here’s how the decision will affect your wallet

The bottom line is ending net neutrality could hurt your, well, bottom line.

Nobody is quite sure how the ruling will truly affect services provided by ISPs, however, if history proves anything the change won’t be great for the consumer. Take, for example, 2012 incident involving AT&T and Apple. Then, AT&T attempted to make FaceTime available only to its more expensive “shared data plan” users. Eventually, AT&T backed out of the plan after public backlash; however, customers on lower-cost plans were indeed blocked from using FaceTime for several months.

And beyond dollars and cents the move to end net neutrality could hurt vulnerable populations the most.

“People can quickly lose their enthusiasm and energy when it’s difficult to access something,” Christy Gamble of Black Women’s Health Imperative told Mic. “We’re seeing this with the opioid crisis. Can you imagine someone who’s addicted, it’s difficult enough to get them to seek treatment — but when their access to online counseling is unreliable and inconsistent?”

Moreover, Jim Neal, president of the American Library Association, added, “Access to the internet is a fundamental need. We see people using the internet for learning, accessing health information, accessing information about community services, filing their taxes, applying for jobs.” And ending net neutrality could end these vital services as well.