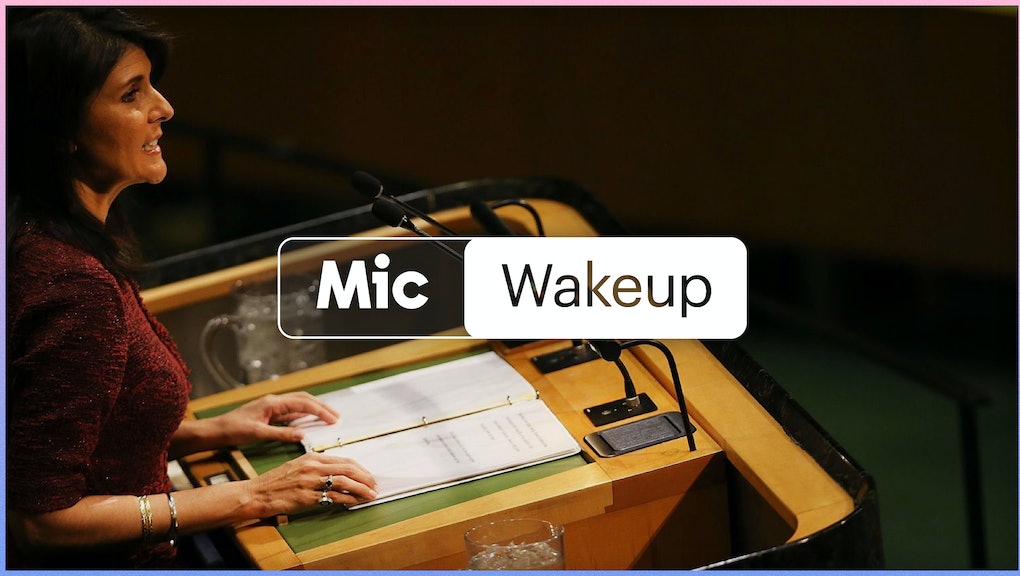 Mic Wakeup: The day after the tax bill triumph was not a great one for Donald Trump

Republicans are making an about face when it comes to how they feel about President Donald Trump and race relations in America.

“We do see that to some extent people were more optimistic before the president took office than after,” Pew Research associate director Jocelyn Kiley, who coauthored the study, told Mic. She added, “People felt Barack Obama hadn’t really made much of a difference [on race relations] after his first year. For Trump, we do have a growing number who said he’s made race relations worse.”

Despite Trump’s best efforts, enrollment in ACA coverage is high

An astonishing number of Americans signed up for health coverage in 2017 through the exchanges created by the Affordable Care Act, otherwise known as Obamacare.

According to Politico, 8.8 million Americans signed up for coverage through HealthCare.gov. That number nearly matches the figures for sign-ups in 2016. This comes despite the fact that Trump and his administration slashed funding for advertising and shortened the enrollment period.

And though people appear to like the program, Trump still took time on Wednesday to brag about the fact that Republicans had repealed the individual mandate, a key tenant of the plan, as part of its tax plan overhaul.

The U.N. voted to condemn Trump’s decision to move the embassy to Jerusalem

On Thursday, the United Nations let its feelings be known toward Trump’s decision to move the U.S. embassy to Jerusalem.

The vote, which passed 128-to-nine, with 35 abstentions, calls for the United States to reverse its controversial decision.

“Any decisions and actions which purport to have altered the character, status or demographic composition of the Holy City of Jerusalem have no legal effect, are null and void and must be rescinded in compliance with relevant resolutions of the Security Council,” the resolution, adopted by the U.N. General Assembly, read Thursday.

This decision came despite the fact that U.N. ambassador Nikki Haley seemingly threatened to both cut aid to countries that voted in favor of the resolution and pull funding from the U.N. itself.

“America will put our embassy in Jerusalem. No vote in the United Nations will make any difference on that,” Haley said. “But this vote will make a difference in how Americans look at the U.N., and on how we look at countries who disrespect us in the U.N.”

And Haley wasn’t the only one to make this threat.

“Let them vote against us,” Trump said Wednesday. “We’ll save a lot. We don’t care.”