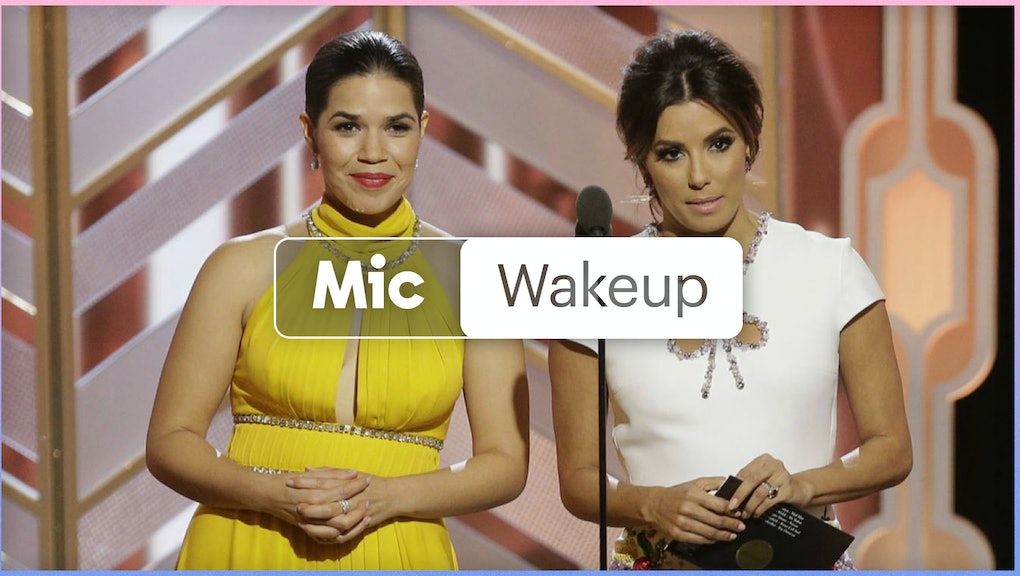 Mic Wakeup: Women in Hollywood are about to own 2018

On Monday, more than 300 women in the entertainment industry launched a multi-pronged offense against sexism in Hollywood called Time’s Up Now.

“The struggle for women to break in, to rise up the ranks and to simply be heard and acknowledged in male-dominated workplaces must end; time’s up on this impenetrable monopoly,” reads an open letter about the initiative, signed by actresses, producers, lawyers and directors.

The women, including Eva Longoria, America Ferrera, Emma Stone, Shonda Rhimes and Kerry Washington, aren’t looking to only help their fellow Hollywood elite. As the women explained in the letter, they will focus on assisting all women across industries via a legal defense fund, legislation and more frequent media attention.

As the letter states, “We want all survivors of sexual harassment, everywhere, to be heard, to be believed and to know that accountability is possible.”

Issa Rae, the creator and star of HBO’s Insecure, will be in attendance at this Sunday’s Golden Globe awards. She is, after all, nominated for best performance by an actress in a television series musical or comedy. And if she wins, she will become only the fourth black woman to win in her category.

This wouldn’t be the first barrier Rae has broken — she’s also the first black woman to create and star in a scripted series for premium cable.

In an essay for Time, Rae described what it was like to be a first in the industry: “There’s so much subtlety in the sexism and racism in this industry that you either have to call it out and risk being shunned, or move past it and find your own entryway,” she wrote. “I’m definitely in the latter category. I put my blinders up and ignore it: ‘Nope! I’m going to do it anyway or find another way in.’”

Tune in Sunday to see if she takes home the trophy.

For the first time ever, Today will be anchored by two women

On Tuesday morning, an upbeat Savannah Guthrie proudly announced that NBC had finally named a co-host for the Today Show — and it was none other than Today veteran Hoda Kotb. This means that for the first time in the show’s history, it will be anchored by two women.

Kotb, who first joined NBC in 1998, will be pulling a bit of double-duty as she will also continue co-hosting the 10 a.m. hour of Today with Kathie Lee Gifford, a job she’s held since 2008.

“Over the past several weeks, Hoda has seamlessly stepped into the co-anchor role alongside Savannah, and the two have quickly hit the ground running,” NBC News chairman Andy Lack announced in a memo. “They have an undeniable connection with each other and most importantly, with viewers, a hallmark of Today.”

For her part Kotb told People, “Weirdly it doesn’t feel like the headline because we’ve worked together for a long time.” Of ex-anchor Matt Lauer’s departure Kotb said, “We were just trying to make it through those days together. Sometimes when you go through something with someone, you see something special. I think that’s what happened.”