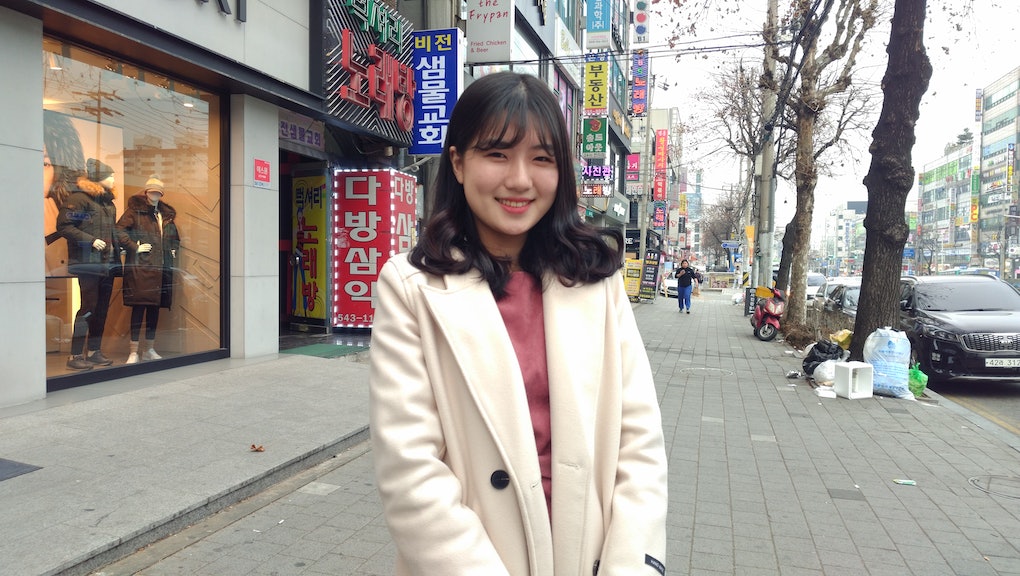 At the beginning of high school in South Korea, Kim Jung Eun sat down at her desk and waited for roll call. But when the teacher got to her name on the list, he made the same, unoriginal joke that people with Kim’s name often hear.

“My teacher made a joke that I’m not supposed to be there,” said the 21-year-old airline services and tourism student from Incheon, a port city near Seoul. “He said, ‘How come you’re here? Aren’t you supposed to be in North Korea?’”

“It’s a very common first name for women,” she said. “I’ve even heard of some people changing their name to something else because they couldn’t take it anymore.”

Kim is already one of the most common last names in Korea, a place where blood lines and ancestry hold a lot of cultural meaning. Unlike in the United States, women don’t typically take their husband’s last name when they get married, so Kim is indeed Kim Jung Eun for life.

It wasn’t until 2011 — when Kim Jong Un took power in North Korea — that the name really became the butt of jokes or the source of political mockery around the world.

“Before Kim Jong Un took over North Korea, I thought I had just a normal, everyday name,” Kim said. “But now, my friends pick on me and say that I look a lot like the North Korean Kim Jong Un.”

People with dictators’ names have been a source of fascination for years. A documentary has been made about people with the last name Hitler, and parents once famously lost custody over their children, two of whom were named Adolf Hitler Campbell and JoyceLynn Aryan Nation Campbell.

There are at least 95 accounts listed with the name Kim Jong Eun or its other spellings on Facebook. That’s no surprise — a famous South Korean actor has the name, as did a protagonist in a popular 2004 drama miniseries called Lovers in Paris. But in Kim Jong Eun’s case, she does want to change her name. However, she says it’s partly because her name is too common.

“I don’t know exactly what I’ll change it to. But my sister once [jokingly] told me that I should change it to Kim Jong Il,” she said, referring to the North Korean leader who was in power before Kim Jong Un.

That said, Kim certainly isn’t short of memories in which her given name was the source of awkward interactions: When she studied abroad in the Philippines, people would often double take when she introduced herself — and the second she repeated her name for them again, “They’d start asking all sorts of questions about North Korea.” When she was volunteering in Nepal, she felt like the locals were giving her bad looks when she used her real name, as if she were somehow named after the North Korean dictator.

“I used to never really think about the North Korean Kim Jong Un. But now, he’s in the news a lot and he’s always in my Facebook feed, so I do think about it,” she said. “But my father is against me changing my name — I got it from my grandmother. My parents always tell me that it’s a beautiful name — that I’m me, and that’s him, and that it doesn’t matter. We’re different people.”

Another person with the same name — Kim Jeong Eun — goes by Caroline to many of her English-speaking friends. But she has a different take on the coincidence: She calls it “a great ice breaker.”

“I really like my name. I never really thought about changing it, because my parents named me this before we even knew that guy existed,” the 23-year-old international studies major and marketing communications associate said. “Sometimes, I even forget about it.”

But in school, she too heard the same punchlines. And when she studied abroad in the Philippines, people also occasionally thought she was named after the North Korean Kim Jong Un.

“Some of my teachers and professors would call me ‘Dear Leader.’ I personally am not offended by that, but it does get old. The joke is overused,” she said. “Back in freshman year it was okay, but then the years just go by and it’s the same humor.”

In general, Kim Jeong Eun tends to get the most reaction from foreigners who hear her name for the first time — not other Koreans, who are used to knowing people with her first name. Perhaps because, in South Korea, North Korean threats of a “sea of fire” raining on Seoul are old news, and most people carry on with a business-as-usual mentality.

“This is actually a war zone that we’re living in. The 38th parallel is just something to temporarily stop the war from happening,” she said. “So I’ve — we’ve — kind of become desensitized to it all.”