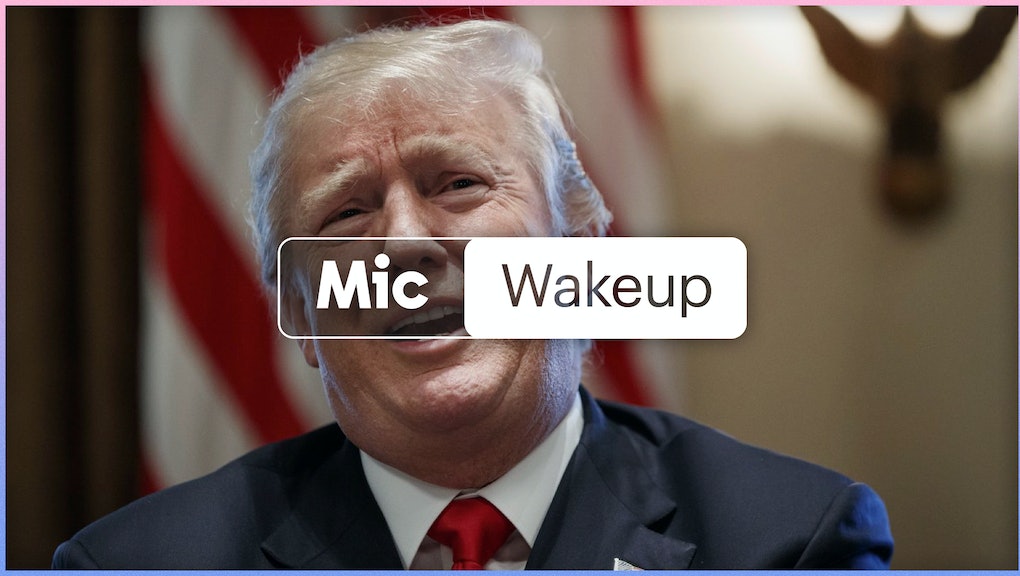 On Thursday, the Washington Post reported that during a bipartisan meeting meant to tackle immigration reform, President Donald Trump reportedly asked “Why are we having all these people from shithole countries come here?”

Trump, according to two people briefed on the meeting, was allegedly referring to Haiti, El Salvador and African nations when he made the comment.

This, of course, isn’t the first time Trump has been accused of this behavior. In December, he allegedly said everyone in Haiti has AIDS and that Nigerians will never go back to their “huts” once they come to the United States.

On both occasions a White House spokesperson denied the president made the remarks.

Walmart announced raises and layoffs all in one day

On Thursday, the world awoke to the news that Walmart, one of the largest employers in the United States, would give raises to all its employees and bonuses to some. The news was heralded as a victory, and Walmart and others credited the new GOP tax plan as the reason behind the new raises.

However, just hours later, the world also learned that 63 Sam’s Club stores, which are owned by Walmart, would close. In fact, some had already closed without notifying employees.

In a tweet, Sam’s Club explained, “After a thorough review of our existing portfolio, we’ve decided to close a series of clubs and better align our locations with our strategy. Closing clubs is never easy and we’re committed to working with impacted members and associates through this transition.”

In an additional statement given on Thursday, CEO Doug McMillon said the move to close the stores would ultimately help its bottom line.

“Given these changes, we have an opportunity to accelerate a few pieces of our investment plan,” McMillon said. “So, we’re pleased to tell you that we’re raising our starting wage to $11 an hour for Walmart U.S., Sam’s Club, Supply Chain, eCommerce and Home Office[’s] hourly associates effective in February.”

Look, life can be hard enough for a young person, and when your name also brings up some unfortunate connotations, life can get even harder. But 21-year-old Kim Jong Eun takes it all in stride.

“My teacher made a joke that I’m not supposed to be there,” the airline services and tourism student from Incheon, South Korea, a port city near Seoul, told Mic. “He said, ‘How come you’re here? Aren’t you supposed to be in North Korea?’”

In case you somehow didn’t catch on, this Kim Jong Eun shares the same name as North Korea’s infamous dictator, just a different spelling. And it’s something that, according to the nondictator Kim, can cause issues.

“It’s is a very common first name for women,” she said. “I’ve even heard of some people changing their name to something else because they couldn’t take it anymore.”

This Kim Jong Eun isn’t alone. As Mic explained, at least 95 other people list this as their name on Facebook. And that includes a famous South Korean actor, and it was even the name of the protagonist in a popular 2004 drama miniseries called Lovers in Paris.

So will Kim Jong Eun keep her name? You’ll have to read the entire story to find out.