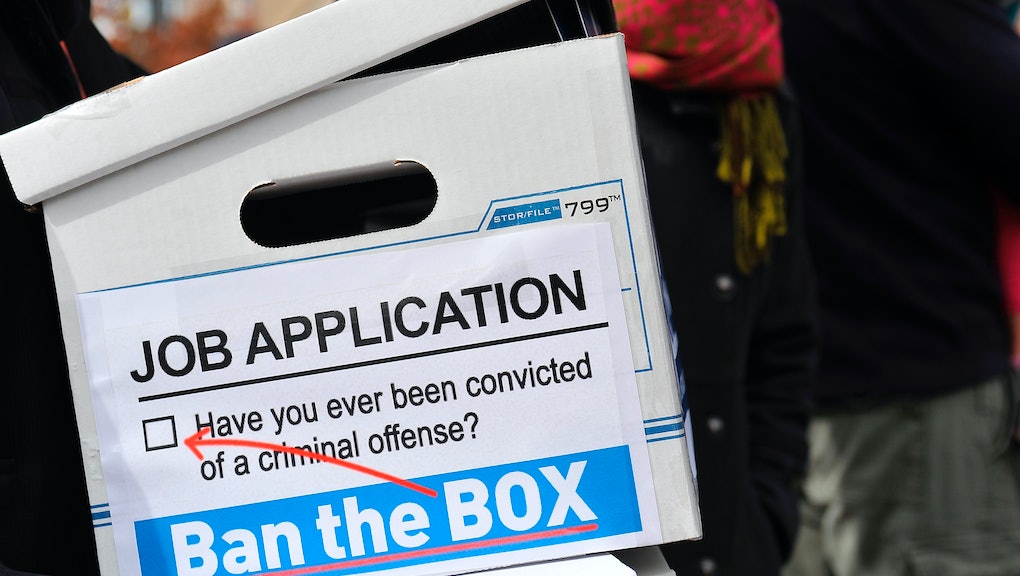 On at least three occasions in January, President Donald Trump has tweeted the truth. He’s right to point out December’s black unemployment rate of 6.8% is the lowest level recorded since U.S. labor agencies began tracking it in 1972.

But what has also been true for decades is that the black unemployment rate continues to be nearly twice the rate of white unemployment. None of the president’s tweets — not even the one he sent a day after the Martin Luther King Jr. holiday this year — acknowledge the structural and racial barriers to black economic progress in the U.S.

Focusing on the historically low black jobless rate leaves out other economic indicators, such as wealth or net worth, that give a clearer picture of progress and prosperity, economists say. Even while black unemployment fell steadily over the course of the Obama administration, no policy changed the fact that the net worth of the median black family is just 10% of the net worth of the median white family. Economists don’t expect it to get better under Trump, given the recently adopted tax cuts that are predicted to favor black Americans the least. And few policies are actually addressing racism and discrimination against black people in the job market, some activists have said.

“It’s one thing to say that the black unemployment rate is at a record low,” Valerie Wilson, director of the Economic Policy Institute’s Program on Race, Ethnicity and the Economy, said in a recent interview with Mic. “Good! Moving in the right direction. ... But the inequality is still there.”

According to the latest Bureau of Labor Statistics’ latest jobs report for December, the overall unemployment rate was unchanged from November at 4.1%. The white, black, Asian and Hispanic unemployment rates were 3.7%, 6.8%, 2.5% and 4.9%, respectively. For black Americans, this was remarkable improvement over a 15% unemployment rate during of the Great Recession, during which livelihoods were upended and wealth accumulation from homeownership was nearly wiped out. Even after a recovery, there is no racial parity in unemployment, Wilson said.

“There’s no place in this country where the black unemployment rate equals the white unemployment rate,” Wilson said. “And so when we consider that, I think it’s hard to not acknowledge that race and racial discrimination is playing some role in the persistence of that disparity.”

Formerly incarcerated black Americans, perhaps, know the disparity better than other demographics. Decades of “war on drugs” and “tough on crime” policies championed by right- and left-wing politicians gave rise to mass incarceration, which saw black men imprisoned disproportionately to their white and Latino male counterparts. According to a report of the Sentencing Project, a criminal justice reform advocacy group, black men were six times more likely to be incarcerated than white men in 2011.

Once they’ve served out their time, many formerly incarcerated people face a number of barriers to gainful employment. This is due, in large part, to legal forms of discrimination against people with criminal convictions. To improve their chances at employment, many have supported a measure known as “ban the box.” In effect, the policy removes the little box about the job seeker’s criminal background from applications, which employers might use to toss out undesirable applicants.

The policy hasn’t been a silver bullet — under a ban the box policy, employers can still perform a background check after an applicant has been interviewed and choose not to extend an offer. Some opponents of the policy have argued that employers, without the ability to weed out the formerly incarcerated through an application, end up discriminating against black Americans who do not have criminal records.

But at least one study of ban the box has shown the policy increases hiring for applicants with convictions, and has no measurably negative consequences for black men without records. In turn, it gives hope to incarcerated and the formerly incarcerated alike, Dorsey Nunn, a national advocate for the ban the box policy, said in a recent interview with Mic.

“You generally get out [of prison] with all the hopes and the aspiration that you’re going to be a good father, you’re going to stay the narrow,” he said. Nunn was 19 with two young children when he entered California’s San Quentin State Prison for an 11-year bid. He’d been sentenced to life behind bars, but was granted parole.

“I also had a commitment to the community, that I would return to the community an asset instead of a liability,” Nunn said. “I’ve been maintaining that as a pledge from the point of leaving.”

In early 2017, 25 states, the District of Columbia, and more than 150 local jurisdictions had implemented ban the box policies on the books. As of Jan. 1, California became the latest state to require private employers, not just public agencies, to remove the box from employment applications.

What ban the box doesn’t do is address other forms of discrimination and disadvantages that black people can experience while on a job hunt. Resumes that had so-called white-sounding names received 50% more callbacks for interviews than black-sounding names, according to a 2004 study by the American Economic Review. And favoritism, or white people helping other white people in their networks to secure employment over diverse candidates outside of their networks, was a contributing factor to a lack of racial diversity in the workplace, according to a study by the business school at Rutgers University in New Jersey.

Anti-black discrimination also factors into a different economic indicator that Trump hasn’t mentioned. The racial disparity in median family net worth is increasing — it was $17,600 for black families compared to $171,000 for white families, according to Wilson’s analysis. A 2017 report by Prosperity Now and the Institute for Policy Studies projected median wealth for black people will fall to $0 by 2053.

Most wealth comes from homeownership — and black households are about twice as likely as white households to rent their homes, a 2017 Pew Research Center analysis found. Tax cuts, passed by the GOP-controlled Congress and signed by the president in December, favor people who already have homes and wealth, at the expense of those who don’t.

Trump’s crowing about a historically low black unemployment rate ignores structural issues that make the rate higher for black people in comparison to white people. And perhaps it’s a distraction from the less visible ways his administration is pouring gasoline on racial and socioeconomic inequalities.