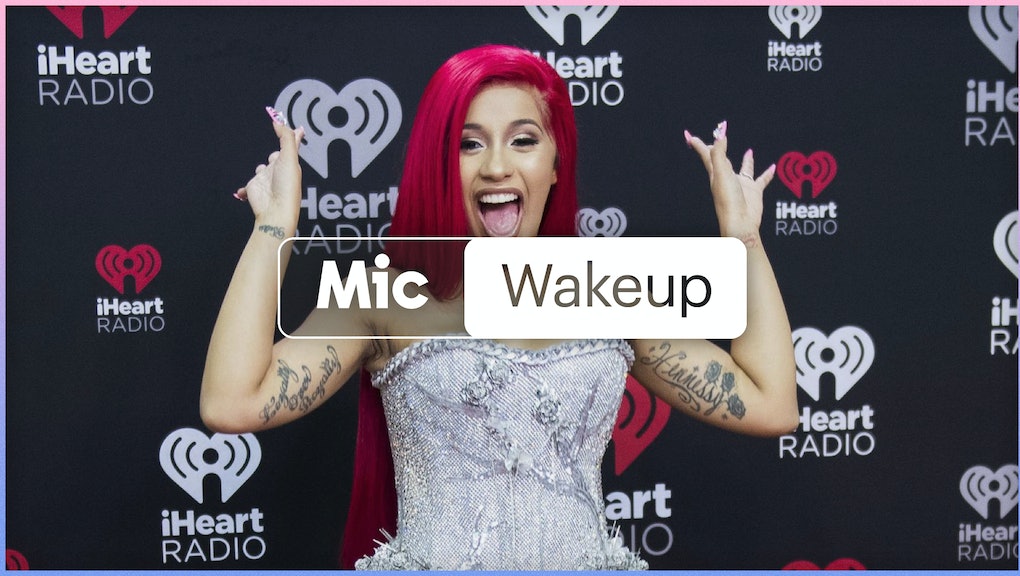 On Monday, Democrats and Republicans came together to end a three-day government shutdown by passing a continuing resolution which expires on Feb. 8. That means, another shutdown could only be days away.

Already, the outlook isn’t great. On Tuesday, Senate Minority Leader Chuck Schumer (D-N.Y.) announced he and other Senate Democrats will not support funding for President Donald Trump’s border wall as part of an immigration deal to save the Deferred Action for Childhood Arrivals program. And that wall, according to Trump, is the only way he would ever sign an immigration deal.

On a positive note, a bipartisan group is attempting to hammer out a deal that would both fund the president’s wall and support DACA, though that group doesn’t appear to be making much headway.

Cardi B could make history at the Grammys

If 2017 was anyone’s year, it was Cardi B’s. The reality TV star turned rap icon had a massive hit this year with her song, “Bodak Yellow.” Now she could make music history as the first woman to ever win best rap song of the year at the Grammys — though she isn’t the only woman nominated.

Rapsody, born Marlanna Evans, could also become the first woman to walk home with the prize for her song, “Sassy.” Either win would be a victory for women everywhere. Check out who else could make Grammys history before the show this Sunday.

Over the weekend, Chelsea Manning, who has become a liberal icon following her seven-year imprisonment for leaking government secrets, was spotted partying alongside right-wing figureheads like Gavin McInnes.

The photos of Manning chatting and laughing alongside Trump supporters confused and shocked many of her fans, leading them to wonder if she had jumped to the right. However, according to Manning herself, it was simply an honest mistake.

According to those close to Manning who spoke to Mic, she had let someone lead her astray and take her to a right wing party without her knowledge.

“I should have been more careful about these situations and done more to prevent this chaos,” Cassandra Fairbanks, the right-wing social media personality who brought Manning to the party, told Mic in an interview. “I should have been a better friend.”

However, Manning sees it differently.

“‘Trusted confidante’ implies I’m providing them information, which I’m not,” Manning told Mic. “They barely got anything from me. I didn’t trust them with anything.” She added that she saw the people she met at the event as “sources, but nothing more.”