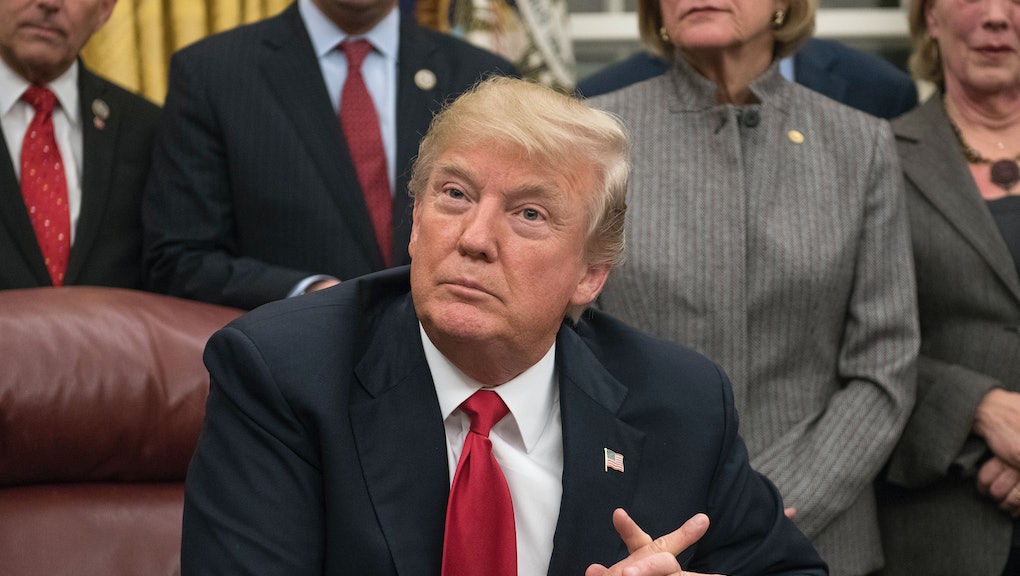 The GOP has a major millennial issue, new poll shows

The Republican Party could be in serious trouble when it comes to attracting younger voters, according to a new in-depth NBC News/GenForward survey.

The survey of “racially and ethnically diverse young adults” found that not only do 63% of millennials think the country under the Trump administration is on the wrong track, but they also believe Republicans don’t care about them or issues they see as relevant.

The majority of the those polled — 63% — said they disapprove of the job President Donald Trump is doing, and 61% disapprove of Congress.

These numbers indicate how young people feel about the Republican Party in general — according to the poll, 62% of the polled age demographic holds unfavorable views of the party. This is likely to affect the 2018 midterm elections, as nearly half of those surveyed said they were either planning to or leaning toward voting for whoever the Democratic congressional candidate is in their locality. Just 25% said they were leaning toward or planning to vote for the Republican candidate.

Perhaps even more concerning for the GOP and Democrats: a quarter of the millennials surveyed said they were neither planning to vote for, nor leaning toward voting for, either major party’s candidate. This could mean they plan to vote third party, or not at all. The GOP’s millennial problem, according to some insiders, could be a result of the over-the-top rhetoric displayed by Republicans in the media.

“The GOP brand is severely tarnished among this entire generation of Americans, as a paltry one in five millennials identify with the GOP or conservative values,” Evan Siegfried, a Republican strategist and commentator, wrote in an op-ed for NBC News. “We are perceived as waging a ‘War on Women’ because of our policies regarding the right to life and outlandish figures like former Rep. Todd Akin who make ridiculous statements that a woman’s body can’t get pregnant in a case of ‘legitimate rape.’”

Siegfried argued that millennials have “bought into the idea” that Republicans only care about the super wealthy. The NBC News/GenForward poll showed to be true — 85% of respondents said they agree with the statement that the government is run by a few big interests “looking out for themselves and their friends.”

But Siegfried believes the GOP can fix its image by engaging with issues millennials care about, including fixing the student loan crisis, rethinking health care and criminal justice reform.

“The question is not if, but when the Republican Party’s leaders will remove their heads from the sand and finally address the problem the party has with millennial voters,” he wrote. “The longer they take, the bigger the electoral calamity, and the Republican Party will only have itself to blame.”

Siegfried does miss a few key points highlighted by the poll, including noting that Republicans may need to get on board with continuing the Deferred Action for Childhood Arrivals program, which grants roughly 800,000 undocumented immigrants who were brought to the U.S. as children the ability to live and work in the country legally. This is an issue millennials appear to care deeply about.

In a statement to Ebony, NBC News/Gen Forward explained, “millennials across race and ethnicity groups overwhelmingly agree that undocumented individuals who currently meet DACA eligibility should be granted citizenship. Over 75% of millennials share this view.”

Millennials are the most racially diverse generation in U.S. history, with 44% of those within the age demographic identifying as a minority, according to the Brookings Institute. Just 33% of millennials identify as Republican or Republican-leading, according to Pew Research Center.