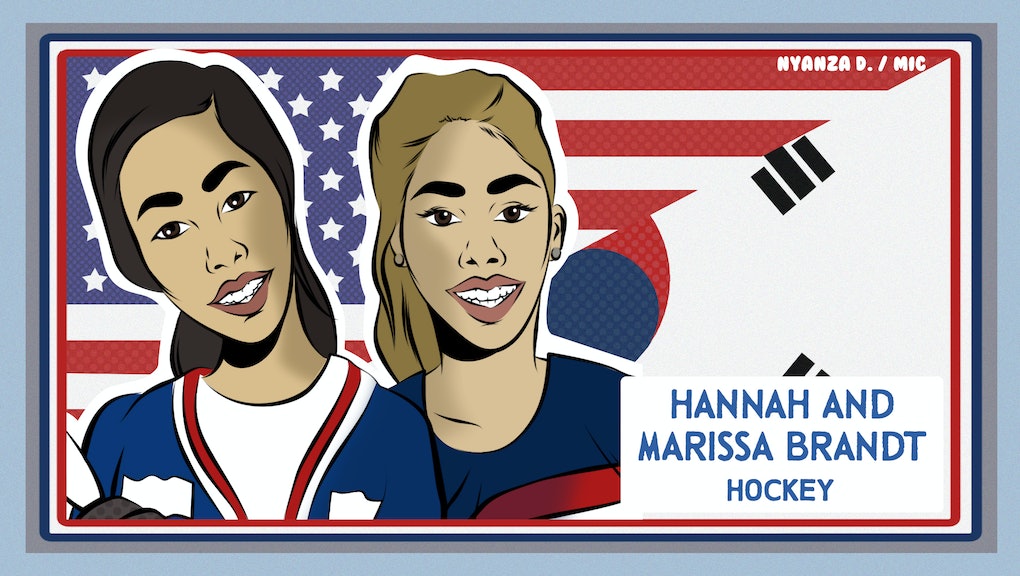 When it comes to sports, there are few stories quite as interesting as a sibling rivalry. Marissa and Hannah Brandt, the puck-slinging sister act from Minnesota, will be competing against each other in ice hockey during the 2018 Pyeongchang Olympics. Hannah will be playing for the U.S. national team while Marissa, a Korean adoptee and the assistant team captain, will play for Korea.

For one sister, it’s a heartwarming story of getting back in touch with her identity. “When I was growing up, I wanted nothing to do with being Korean. I just wanted to fit in here and look like my sister and not be Asian. I never was proud to say I was Korean,” Marissa told NBC News. “So actually going back and being able to represent my country, it’s made me more proud of where I’m from and definitely I feel more connected to my roots.”

Marissa will debut in the Olympic ice rink with Korea’s team on Saturday, Feb. 10 in a match against Switzerland, while the U.S. will have its first match on Sunday, Feb. 11, against Finland. It’s unclear when the Brandts will have their “sister act” match, but if it does happen, it’ll likely be a game to remember.

“It’ll be cool just to be there with her, and for both of us to be making our first Olympics,” Hannah, 24, told Reuters.

Family story aside, at least one of the Brandt sisters’ stories goes further, edging into the arena of international relations. South Korea’s women’s ice hockey team recently combined with North Korea as a symbol of unity, a decision that has played out in controversy on the Korean peninsula.

Die-hard ice hockey fans will be watching Hannah regardless, as she’s heading to Pyeongchang with an already stunning record. Three times now, she has competed for the U.S. in the IIHF Women’s World Championship — two championships where the U.S. team took home a gold medal.

In the Group A preliminary rounds, the American women’s ice hockey team beat Finland 3-1 and Russia 5-0, and lost to Canada 2-1. Team USA and Team Canada have both advanced to the semifinals.

In the Group B preliminary rounds, the Korean women’s ice hockey team lost to Switzerland 8-0, Sweden 8-0 and Japan 4-1. They will continue to play in the classifications for places 5 to 8.