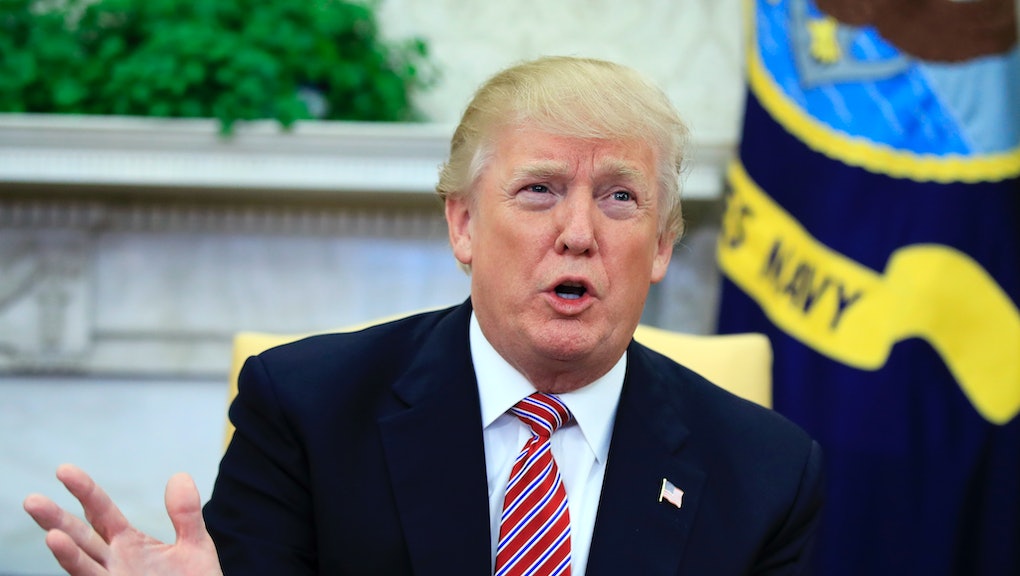 A week into the Rob Porter scandal, Trump comes out against domestic violence

It’s been a week since White House staff secretary Rob Porter resigned amid allegations of physical and emotional abuse by his two ex-wives. For the first time since the allegations were made public, President Donald Trump has decided to convey his stance on domestic violence.

“I am totally opposed to domestic violence of any kind,” Trump told reporters in Washington on Wednesday. “Everyone knows that and it almost wouldn’t even have to be said.”

Those 22 words — 10 condemning domestic violence and another 12 seemingly complaining about having to do it — are the only public comments Trump has made about domestic abuse since the accusations against Porter first surfaced.

When asked about the allegations Friday, Trump defended Porter without mentioning his former staffer’s ex-wives or the specific allegations Porter faces.

“I found out about it recently and I was surprised by it,” Trump said at the time. “We certainly wish him well. It’s obviously a very tough time for him. He did a very good job while he was in the White House. We hope that he will have a wonderful career.”

Trump went on to emphasize that Porter had not admitted any wrongdoing.

“He says he’s innocent and I think you have to remember that,” Trump said. “He said very strongly yesterday that he’s innocent, but you’ll have to talk to him about that.”

On Saturday, Trump followed up by tweeting cryptically about people’s lives being ruined by “mere allegations.”

“People’s lives are being shattered and destroyed by a mere allegation,” Trump tweeted. “Some are true and some are false. Some are old and some are new. There is no recovery for someone falsely accused — life and career are gone. Is there no such thing any longer as due process?”

As the Porter scandal balloons, questions loom about how much White House chief of staff John Kelly and White House counsel Don McGahn knew about the allegations before they were made public.

FBI Director Christopher Wray on Tuesday directly contradicted the White House’s claims about when it learned of the allegations, telling Congress the FBI had given the Trump administration information about Porter’s alleged abuse multiple times during his background check.