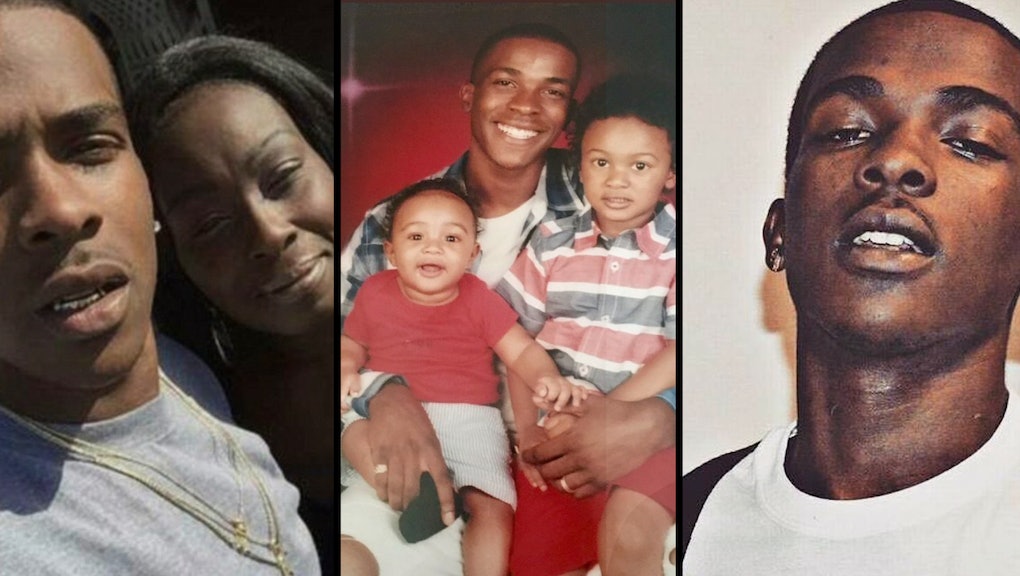 Sacramento police release video of Stephon Clark, an unarmed man killed by officers in his backyard

On Wednesday evening, police in Sacramento, California, released video from an officer-involved shooting that left an unarmed black man dead over the weekend.

Helicopter and body-worn camera footage appears to show officers in pursuit of a person allegedly breaking windows in the Meadowview area of the city, on Sunday night. That’s where and when officers encountered Stephon Clark, whom the video shows receiving verbal warnings from officers before they opened fire seconds later.

According to the Sacramento Police Department, the officers fired 20 times at Clark. The officers said they believed he was pointing a firearm, but Clark only had a cell phone. According to a Sacramento Bee report, John Burris, a prominent civil rights attorney in Oakland, California, identified the officers as Terrence Mercadal and Jared Robinet. The Bee said it independently sourced the name of one of the officers.

The officers’ conduct was “overkill,” Sonia Lewis, Clark’s cousin, told Mic on Wednesday night. Had they just taken a moment to ask who the young man was, the officers might have learned critical pieces of information, Lewis said in a phone interview.

First, they’d have learned that Clark was standing in the backyard of his grandparents’ home, where he also lived. Clark might’ve then explained that family members without front-door keys knew to knock on a bedroom window, after dark, to get someone to open up, his cousin said.

“This reeks of a rush to judgment, and poor and ill-equipped officers,” Lewis said. “It’s a travesty. It’s heartbreaking.”

Police officials have had to walk back their initial claim that Clark was brandishing a crowbar or some other tool. The officers saw “the suspect facing them, advance forward with his arms extended, and holding an object in his hands,” according to a statement from Sacramento police. But after the shooting and a search of scene, investigators did not recover a gun. Police said they found a phone.

Authorities have not suggested that their officers acted improperly when they encountered Clark. “SPD acknowledges the seriousness of this incident and the impact it has on our community,” police said in the statement. “We are committed to providing timely information, communicating openly, and working directly with our community so that they have a full understanding of what occurred.”

News of the shooting prompted a large gathering of Clark’s family and friends, as well as activists and supporters of a local Black Lives Matter Global Network chapter, on Monday. By Wednesday morning, the case was garnering national attention.

“He has tons of people that love him,” Tanya Faison, founder of the BLM chapter in Sacramento, said in a phone interview Wednesday night. “We’ve been fighting the city [over police brutality] for a while. But I think they should really take heed this time around, because he has a lot of friends and family who are ready to fight.”

Rev. Al Sharpton, the well-known black civil rights leader and president of the National Action Network, said he had spoken to Clark’s family and pledged to support them through the grieving process and in the pursuit of justice.

“It is an atrocity that an unarmed young man was shot 20 times in his own backyard and shows the urgent need in these times for intervention against police misconduct,” Sharpton said in a statement released Wednesday, shortly after the police videos became public.

Ferguson activist and education advocate Brittany Packnett, along with others, tweeted about the case on Wednesday.

Clark was a part-time caregiver for his grandfather. A high school graduate who played football, he had been unemployed at the time of the shooting, Lewis said. But he took on extra responsibility in raising his sons, while their mother worked.

“His joy of the day was taking care of his boys,” Clark’s cousin said.

His death is one of more than a handful officer-involved shootings the Sacramento BLM chapter has protested intensely since 2015, Faison said. The chapter lists both fatal and nonfatal cases of police brutality on a blog it updates regularly,

In 2014, the BLM movement became a international phenomenon after the death of Michael Brown, an unarmed and black 18-year-old killed by police in Missouri, among other well-known cases that year. Despite sparking a wide debate about police misconduct and reforms in the subsequent years, the number of fatal encounters between police and citizens have not noticeably decreased.

In 2017, 987 people were fatally shot by police, according to a count kept by the Washington Post. In 2016, the number of people killed by police fire was only slightly lower at 963.

That’s partly why Clark’s shooting death is so infuriating, Lewis said. As a member of the Sacramento BLM chapter, Lewis attended “countless meetings” with law enforcement leaders and elected officials to stem police violence, create transparency and spur dialogue with the public. She and others had been working to prevent the exact type of conduct that led to Clark’s demise.

The officers who encountered Clark were responding to a 911 call, in which a man reported having windows broken on his vehicle. In a statement released Monday, police said investigators found at least three vehicles with damage that they linked to “the suspect,” although Clark is not explicitly identified as that person. According to authorities, a Sacramento Sheriff’s Department helicopter orbiting the area also observed the suspect shattering a sliding glass door on an adjacent and occupied residence, before officers engaged Clark.

When officers encountered Clark, the decision to use deadly force appears to have been made so hastily that de-escalation seemed to have never been in the officers’ toolkit. Even if her cousin had been damaging property, as police strongly suggested, that shouldn’t have been a death sentence, Lewis said.