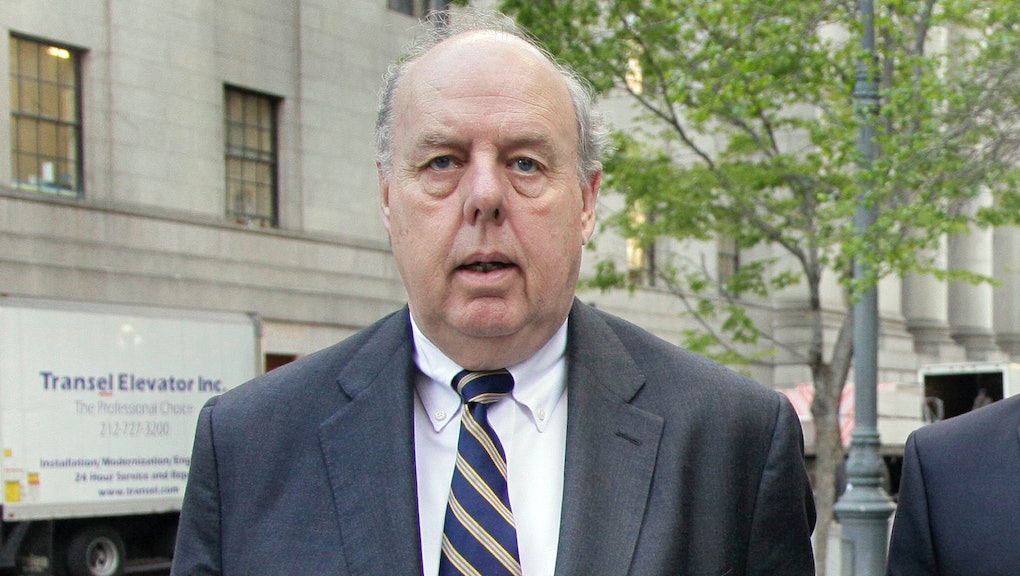 The lead attorney representing President Donald Trump in the ongoing Russia investigation has resigned, according to reports Thursday.

Attorney John Dowd’s exit comes as Trump appears to shift to a more combative strategy against Robert Mueller, the special counsel probing possible collusion between the Trump campaign and the Russians, as well as potential obstruction of justice on the part of the president.

According to the New York Times, which first reported the departure Thursday morning, Dowd tendered his resignation after finally concluding that Trump was “increasingly ignoring his advice.”

Since it began, Trump has repeatedly attacked the Russia probe, describing it as a “witch hunt” and an “American disgrace.” He largely avoided directly calling out Mueller.

That changed over the weekend when Attorney General Jeff Sessions fired deputy director of the FBI Andrew McCabe on Friday night. On Saturday Trump tweeted that Mueller’s probe “never should have been started in that there was no collusion and there was no crime.” The president also suggested the special counsel’s team was biased against him, claiming that it consisted of “13 hardened Democrats ... and zero Republicans.”

“Does anyone think this is fair?” the president asked on Twitter.

The fresh wave of attacks has led to renewed concerns that Trump is planning to oust Mueller — which the White House has said the president is “not considering or discussing.”

Trump, however, added cause to those fears in recent days when he hired Joseph DiGenova, a former federal prosecutor who has promulgated a conspiracy theory that the FBI and the Department of Justice are attempting to “frame” the president with a “falsely created crime.”

Democrats, along with Republican Sens. Lindsey Graham (R-S.C.) and John McCain (R-Ariz.), have warned Trump against any attempts to terminate the special counsel.

“If he tried to do that, that would be the beginning of the end of his presidency,” Graham said on CNN on Sunday.

Dowd himself raised the specter of Mueller’s firing over the weekend when he called on the Justice Department to kill the probe, which he said was “based upon a fraudulent and corrupt dossier.” Initially, Dowd told the Daily Beast he had been speaking on behalf of the president. Later, in a statement to the Washington Post, he said he was speaking only for himself.

Dowd’s resignation Thursday comes amid reports that Trump is planning a larger shake-up on his legal team. It wasn’t immediately clear Thursday who will take the lead on the team going forward.

“I love the president and wish him very well,” Dowd told NBC News after his resignation was reported Thursday.