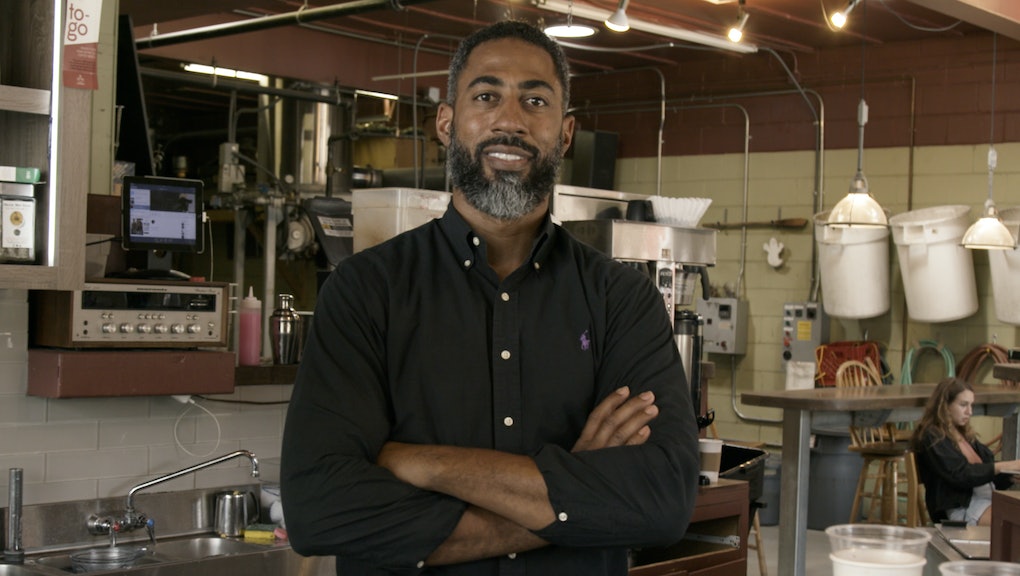 ST. LOUIS — As the owner of two Northwest Coffee Roasting Company stores in St. Louis, Jason Wilson spends countless hours navigating the challenges of running a coffee business. But Wilson said there is an added burden of doing almost anything while black and having unnecessary encounters with law enforcement.

That burden — of #LivingWhileBlack and dealing with police — has been widely shared on social media in recent weeks, with more and more video footage of black people having police called on them in moments that few observers might describe as emergencies.

The conversation reached a fever pitch after video surfaced in April of two black men being detained by police while they simply waited to hold a business meeting inside of a Philadelphia Starbucks. Beyond Starbucks, two other well-known and recent incidents include black people having police called on them at a Waffle House in Saraland, Alabama, and at a public park in Oakland, California. Wilson — who had a similar encounter with police in Missouri — said he immediately empathized with the men at Starbucks.

“They were in no way in the wrong,” Wilson said of Donte Robinson and Rashon Nelson, the men who were asked to leave the Starbucks after requesting to use the customers-only restroom without purchasing anything. When the men didn’t leave, a store manager called Philadelphia police. “Knowing the outcomes that have happened to other black men [when police are called], it was shocking to me.”

As a result of national outrage around Robinson and Nelson’s experience, Starbucks will close 8,000 of its stores on Tuesday afternoon and provide implicit bias training to nearly 175,000 employees. “We will learn from our mistakes and reaffirm our commitment to creating a safe and welcoming environment for every customer,” Howard Schultz, the company’s executive chairman, said in a statement announcing the plan.

But some in the coffee industry are saying the Starbucks training is just a stunt that won’t actually bring change for black people and communities who routinely contend with bias in white-owned businesses. While the Starbucks training happens, the founders and CEOs of black-owned and -operated coffee shops will convene roundtable discussions in Philadelphia and around the country to promote the values of inclusive and fair businesses that advance racial justice.

Through the use of the social media hashtag #CoffeeWhileBlack, organizers and participating companies said they hope to also spur support for black-owned alternatives to Starbucks.

“A very popular billion-dollar company can captivate the news and really control and frame the whole conversation,” Keba Konte, founder and CEO of Red Bay Coffee in Oakland, California, said in a phone interview. “So, really this is just us reclaiming the topic and conversation, and framing it in our own terms.”

#CoffeeWhileBlack will kick off with a tour of four black-owned coffee shops in Philadelphia, including activist and scholar Marc Lamont Hill’s Uncle Bobbie’s Coffee & Books and Ariell Johnson’s Amalgam Comics & CoffeeHouse. Konte said he planned to attend the roundtable discussion in Philadelphia, where Red Bay Coffee had been planning an expansion before the Starbucks controversy.

Wilson and Konte both expressed doubts about how effective one afternoon of implicit bias training will be for tens of thousands of Starbucks employees. Wilson and Konte said they don’t feel their own companies are in urgent need of formal anti-bias training programs because their staffs are purposely diverse and employees follow their leadership on issues of inclusion. However, when asked, both owners acknowledged that even employees of color can act with bias against nonwhite customers, and agreed that anti-bias training should be required for all employees.

“The culture of an organization or company really starts at the top,” Konte said. “So, it’s very clear to my whole staff where I stand.”

In its statement, Starbucks said its training program has been “designed to address implicit bias, promote conscious inclusion, prevent discrimination and ensure everyone inside a Starbucks store feels safe and welcome.”

The curriculum has been developed with help from a number of high-profile civil rights and law enforcement experts, including Bryan Stevenson, founder and executive director of the Equal Justice Initiative; Sherrilyn Ifill, president and director-counsel of the NAACP Legal Defense and Education Fund; and Eric Holder, the nation’s first black attorney general. The training will become part of the on-boarding process for new Starbucks employees, the company said.

What appears to be increased visibility of racial bias incidents and hate crimes against black people and other people of color is the result of the election of President Donald Trump, several civil rights groups have said. Trump has come under fire for encouraging the nation’s police to be rough with suspects and for insulting the predominantly black NFL players who kneel during the national anthem to protest police brutality.

“[Trump’s] dog-whistle politics has served as inspiration for others to express their own racism and bias,” Derrick Johnson, president and CEO of the NAACP, the nation’s oldest and most prominent civil rights organization, said in a recent statement. “We say whenever this happens, those of good will must challenge it, regardless of whether it’s reported or actually caught on video.”

Wilson, the St. Louis coffee shop owner, captured a #LivingWhileBlack incident just a few weeks before the Starbucks controversy. In April, Wilson was out campaigning for an open seat on the Clayton, Missouri, school board, when someone in the predominantly white and affluent neighborhood grew suspicious of him and called police. When officers arrived, they questioned if Wilson had a permit to knock on doors and seek the support of his would-be constituents. Wilson went on to win the board election.

“Yeah, [the officers] assumed that I shouldn’t be here,” he said. “Like, you assume that I’ve already violated a law. A rule. You already indicted me. Just off skin color.”

Wilson said he recorded the incident to prove wrong the naysayers who reject the idea that unnecessary encounters with police happen too often to black people. “The video wasn’t to say that these guys, these police, are just bad,” he said. “It should say that that’s how people look at black folks.”

The Clayton Police Department did not respond to a request for comment about Wilson’s characterization of his encounter with officers.

Preventing #LivingWhileBlack incidents in places of public accommodation is really quite simple, Wilson said. For starters, he asks all potential employees if they have reservations working under a black manager or owner. Wilson said he also consistently entertains casual discussions about his own views on racism and police brutality.

The hope is that, through his own employee screening process and in day-to-day bonding with workers, no customer will experience bias or racism at a Northwest coffee shop, Wilson said.