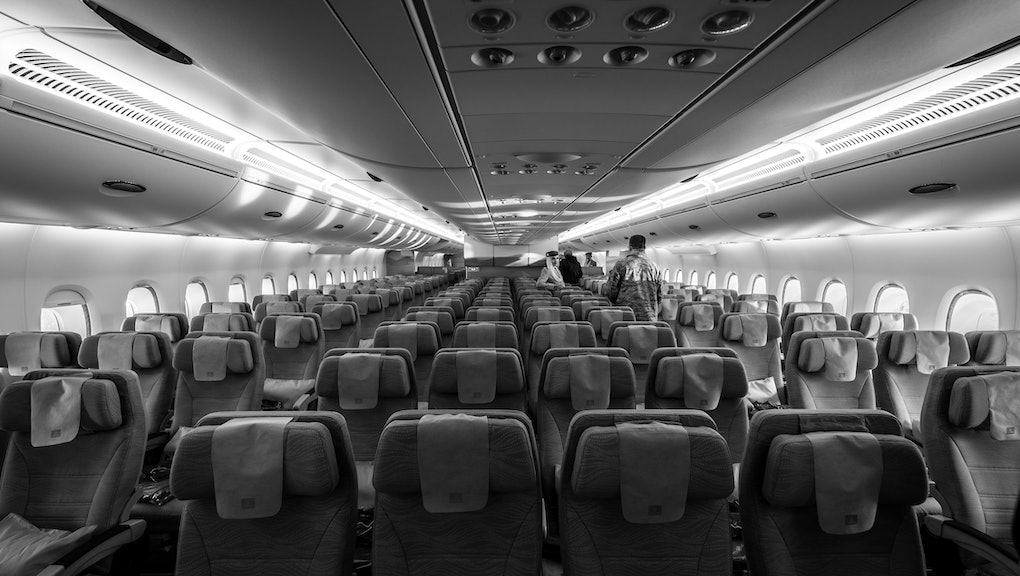 Yes, airplanes are germy — but not more so than your house or office, study says

Airplanes have a bad rep for being disease incubators. Passengers have been advised to pick window seats and turn on their overhead air vent to avoid catching germs, while some even wear surgical masks during flights.

But planes aren’t necessarily more germ-ridden as other places we spend our time, according to a recent study. After sampling airplane air and swabbing seat trays, belt buckles and bathroom door handles on 10 different transcontinental flights, researchers at the Georgia Institute of Technology and Emory University found that the planes’ “microbiomes” — environmental sets of bacteria — weren’t all that different from the microbiomes in offices and home environments overall. In other words, planes aren’t necessarily more rampant with germs than other places we often visit.

“Airline passengers should not be frightened by sensational stories about germs on a plane,” Vicki Stover Hertzberg, a professor in Emory University’s Nell Hodgson Woodruff School of Nursing and a co-author of the study, said in a release. “They should recognize that microbes are everywhere and that an airplane is no better and no worse than an office building, a subway car, home or a classroom. These environments all have microbiomes that look like places occupied by people.”

Basically, there are two ways of looking at this: Airplanes aren’t particularly disgusting, or everywhere is. Most of the bacteria found in planes came from people’s skin and mouths, but the reality is that we’re all swimming in germs. Studies have suggested that the overwhelming majority of human beings are made up of microbes, believe it or not — and in some cases, germ exposure can be beneficial for children (it helps their immunity later on).

Still, a little extra effort on the plane can go a long way to prevent catching the flu.

“I carry a bottle of hand sanitizer in my computer bag whenever I travel,” Howard Weiss, a professor at Georgia Tech and an author of the study, said in the release. “It’s a good practice to wash or sanitize your hands, avoid touching your face and get a flu shot every year.”