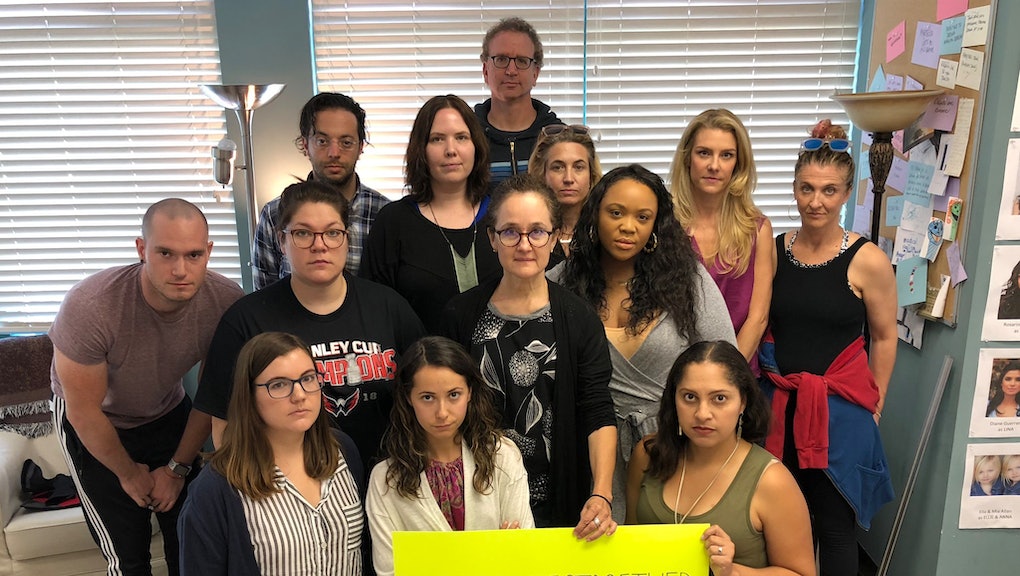 In the midst of a chaotic week, as outrage swelled over a Trump administration decision to separate children and infants from their parents at the U.S. border, TV writers rooms are showing solidarity with immigrant families.

On Wednesday, the writers behind the shows Vida, a Starz drama, and the Netflix sitcom One Day at a Time, both of which focus on Latinx families in the United States, announced a joint effort to raise funds for a Texas nonprofit that offers legal services to families separated at the border. In separate posts on social media, One Day at a Time showrunner Gloria Calderón Kellett and Vida showrunner Tanya Saracho posted photos and fundraising links.

Saracho also included a challenge to other television writers rooms in her post, adding, “We challenge the writers of @CWJaneTheVirgin and @GrandHotelABC to donate and support detained families reunite #KeepFamiliesTogether.”

And other shows heard her call: In a tweet from the official Twitter account of the Jane the Virgin writers room, the writers spoke out against the separation of children and parents at the border, and against a “tent city” reportedly built to house children.

Jane the Virgin, the CW’s meta-take on a telenovela, also tells the story of a Latinx family, and has featured storylines about the fears and challenges that go along with living as an undocumented immigrant in the United States. Just days earlier, news broke that Jane the Virgin star Gina Rodriguez had arranged for the money intended for her Emmy campaign to go instead to paying for an undocumented student’s tuition at Princeton University.

Even more writers rooms have thrown their support behind the organizations working to fight family separation: The writers behind the CW shows Riverdale and the upcoming Chilling Adventures of Sabrina responded to say they were joining the #OneVidaAtATime challenge and urged fans to support the same nonprofit.

So did the writers of NBC’s Marlon, who tweeted “The @NBCMarlon Writers gladly accept the #OneVidaAtATimeChallenge. We will be donating to @RAICESTEXAS to #endfamilyseparation and we challenge @ThisIsUsWriters to do the same. Thanks, @VidaWriters & @ODAATwriters for getting the ball rolling!”

The writers of ABC’s Fresh Off the Boat, Hulu’s The Handmaid’s Tale, Arrow on the CW, the Netflix show On My Block , Sweetbitter on Starz, Empire on FOX, NBC’s This Is Us and a handful of other TV writers rooms also announced their support on Twitter and more are likely to follow suit as a movement that started with two writers rooms spreads through Hollywood.