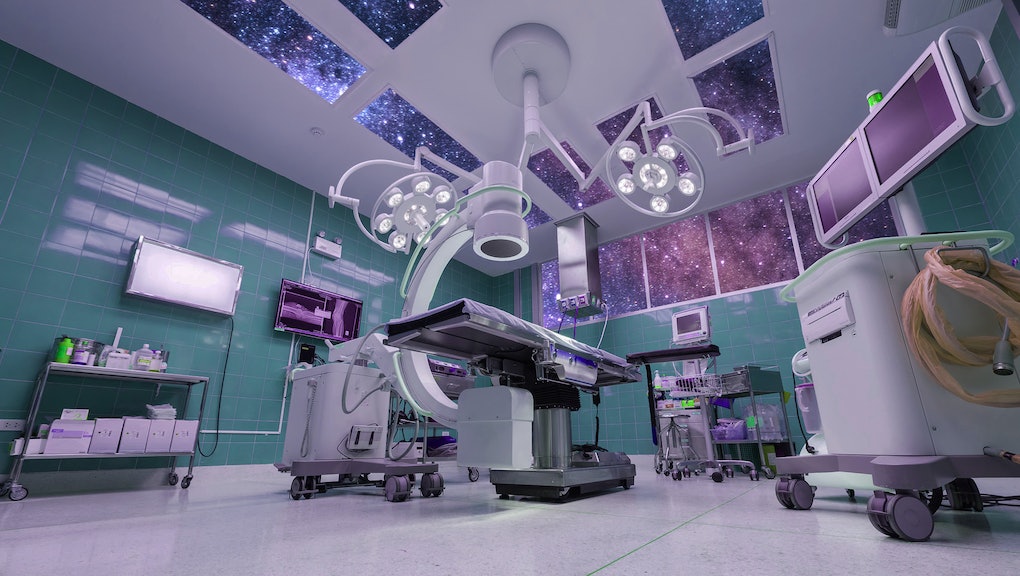 Tired of Earth and want to move to space? Not so fast — experts need to figure out space surgery.

It’s a grim truth: The Earth is heating up, sea levels are rising and people — as well as animals — are dying as a result. The logical answer, at least for some, is to pack one’s bags and colonize outer space.

More than 203,500 people have already become citizens of a future space kingdom called Asgardia. Researchers will have to figure out a few key things before that happens, according to a new study — like how to keep people alive with “space surgery” once they’ve set up galactic camp. If people want to survive on Mars, they’ll need to think of how they’re going to adapt their health care. If they don’t, their dreams may fizzle into mere fantasy.

“You’ll need a basic operating suite and someone who is going to know how to operate,” said Sandip Panesar, a physician and a research fellow at the University of Pittsburgh’s Department of Neurosurgery. “And the truth is, when they actually do attempt these [space travel] missions, it’s going to be a bit of a wild west-type situation.”

There’s no handbook for performing surgery in a gravity-less environment, especially after space starts to compromise and warp the human body. Scientists know that prolonged space travel reduces blood volume in the body and redistributes body fluids toward the head. They also know that it causes muscle and bone atrophy, immune system changes (ever heard of space allergies?) and high exposure to radiation. Then there’s the risk of everyday Earthly ailments like appendicitis happening in orbit — twice now, Russian astronauts thought they had it. In one of the cases, they brought the astronaut back to Earth and found that he had a more minor condition.

“How much would that cost — to bring people back to Earth for a non-life threatening illness?” Panesar said. “And obviously, you’re not going to send people to Mars without a contingency and safety plan ... because that journey is going to take 2.5 years.”

That’s why space surgery is so important — without it, those who get seriously ill may simply be out of luck. And after a deep dive in the history of space surgery for his research, Panesar came up short for any evidence of something like triple heart bypasses being possible. Much of the surgery that would be performed in space looks a lot like those from a trauma unit, he said. But that doesn’t mean space surgery isn’t worth exploration — with space trash zooming through the galaxy at 17,500 miles per hour, it’s very possible that astronauts could be gravely injured on the job. As the Guardian put it, getting hit with a sugar cube of space trash is “the equivalent to standing next to an exploding hand grenade.”

“It’ll be mostly like battlefield surgery because the main job is to keep people alive,” Panesar said. “You’re not going to do a hip or knee replacement in space, but you’re going to try to make sure people don’t bleed to death, basically.”

So far, NASA has conducted mock surgeries in its 400-square-foot underwater Aquarius facility meant to mimic the conditions of space. Aquarius is submerged in waters near the Florida Keys, and a surgeon in a Canadian hospital transmitted advice to the submarine lab because space missions of the future will likely lack doctors. Surgical robots could potentially replace on-site physicians in space. They’ve already been used in regular hospitals for about 20 years now, especially since they reduce the risk of infection and can be more precise than the shaky, motion-limited hand.

But the issue with remote medical care, Panesar said, is that it would take about 20 minutes for a signal from Earth to reach the space craft. “If someone is bleeding out on the table, you’re not going to wait for that signal to come into space,” he said. “The person would die.”

It’s unclear if space colonization will ever happen, but Panesar said he realistically sees space surgery being possible in as few as 10 years (so long as investment continues). NASA’s overall budget has been controversially waning in recent years.

“Back in the 1950s and 1960s, people were facing nuclear war. Now, we’re dealing with global warming and the earth is being screwed up,” Panesar said. “We’re sort of looking for a sort of escape mechanism … [And space] is kind of offering that glimpse of hope.”