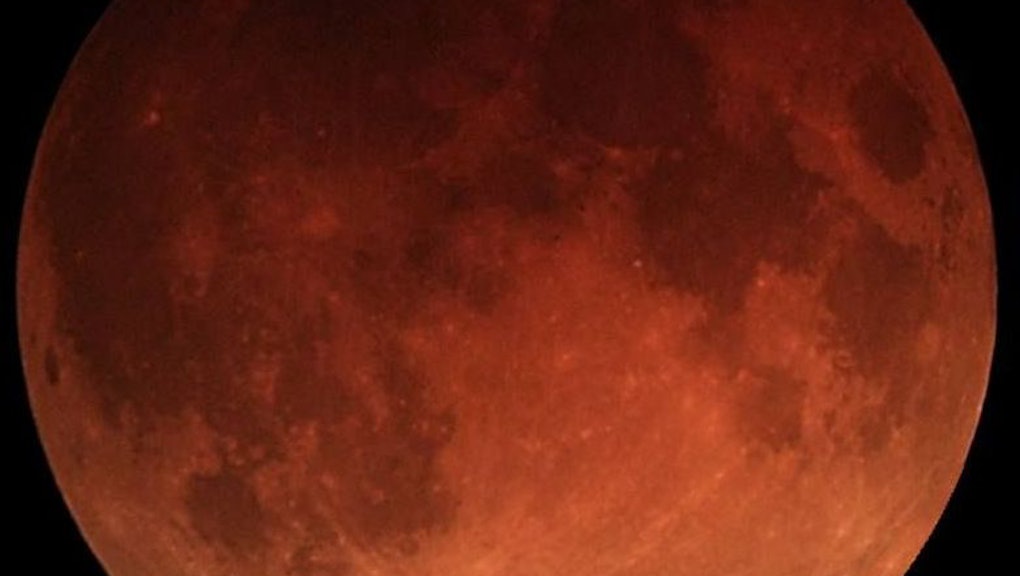 Mark your calendars: The longest lunar eclipse in the 21st century is coming

In August, people around the world tuned in for a total solar eclipse visible from much of the continental United States. Now, eclipse-chasers can tune in for a rare lunar version later this month.

The longest lunar eclipse of the century will tint the moon a deep red July 27 in both Central Asia and Eastern Africa. People in the United States lucked out with last year’s total solar eclipse — partial eclipses simply don’t have the same effect — but this doesn’t mean they can’t enjoy this year’s lunar phenomenon. Those in United States can watch lunar eclipse for its full 1-hour, 43-minute reveal via a livestream provided by the Virtual Telescope Project. The moon is expected to turn fully dark at around 2:30 p.m. Eastern.

A lunar eclipse, often called a “blood moon,” is rare because it requires a perfect alignment of the Earth, moon and the sun. Normally, the sun’s beaming light reflects off the moon (which is what makes it glow at night). But when Earth is wedged directly between the sun and the moon, the moon falls into the Earth’s shadow. That causes long waves of light to refract inwardly toward the moon, causing its famous red hue.

Not only are total lunar eclipses beautiful, but they have the added benefit of being safe. Solar eclipses are dangerous to watch without certified, special glasses, but lunar eclipses don’t require special head gear.

They’ve been a source of fascination since ancient times, as astronomers interpreted them as fortunetelling symbols. According to the Conversation, Babylonian scholars once thought lunar eclipses were a sign of bad fortune coming to the king. To avoid the consequences, subjects were dressed up as the king and put to death if they didn’t die from the lunar eclipse itself.

These days, scientists know better — but still, the upcoming total lunar eclipse is expected to look just as ominous as it did thousands of years ago.

A previous version of this story mischaracterized lunar eclipses. They occur when the Earth falls directly between the sun and moon.