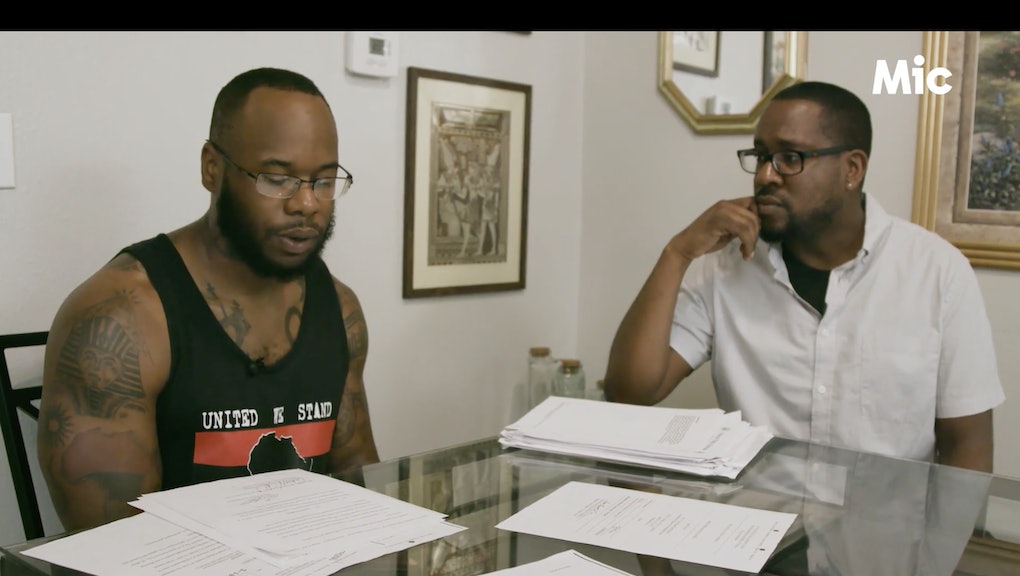 Meet Rakem Balogun, the Texas man whose support for a cop killer made him an FBI target

Balogun later learned the FBI was surveilling him as a potential domestic terrorist. He was arrested in December 2017 for an unrelated charge and spent five months in prison. But he believes his prosecution was politically motivated.

In the debut episode of Mic Dispatch, Mic’s newsmagazine on Facebook Watch, Balogun, whose legal name is Christopher Daniels, explains how his Facebook posts praising Johnson led to an FBI raid on his Dallas home, where he lived with his 15-year-old son. Balogun also reveals details of the belief system at the foundation of his activism in exclusive on-camera interviews.

The circumstances of Balogun’s arrest have been reported as the first “black identity extremist” case. With the BIE label, revealed in a leaked FBI document first published by Foreign Policy in October, the FBI has attempted to link a wave of black-led anti-police brutality protests to “an increase in premeditated, retaliatory lethal violence against law enforcement.”

The label remains a major concern for black activists and lawmakers, who worry its broad definition could lead to mass surveillance and persecution of black dissenters. Meanwhile, Balogun says he is picking up the pieces of his life and grappling with the risks of continuing his activism.