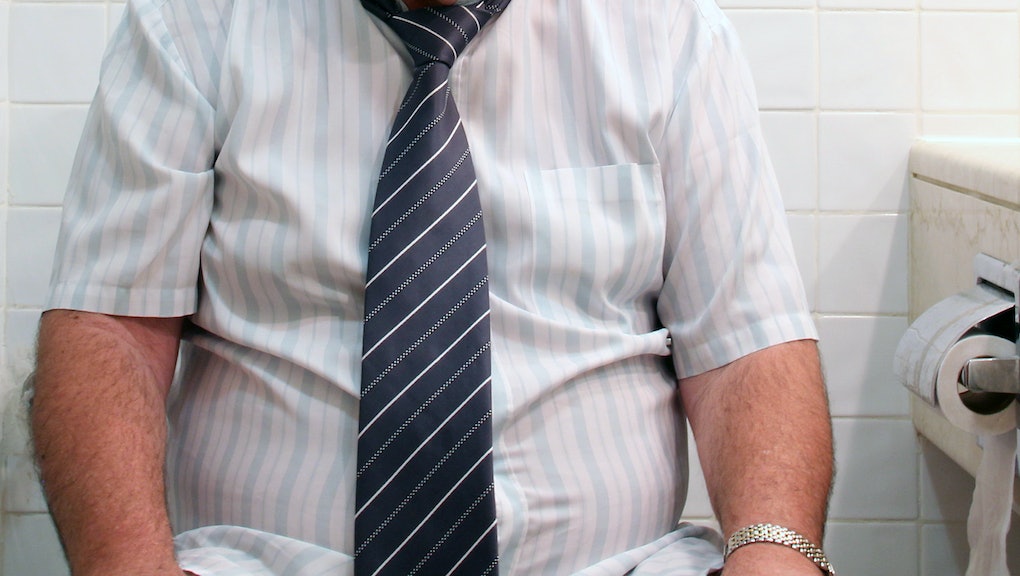 Much of America has heard of “fake news” in recent years. But an equally disturbing problem continues to lurk quietly: predatory journals.

These are basically the fake news of scientific publications. They publish studies that don’t meet the standards, such as peer review and good experimental design, of well-known journals. Often, predatory journals will publish outright false studies by fake scientists at fake institutions in exchange for large sums of money. Sometimes, people with good research accidentally publish in them, and tenure-seeking academics under pressure to get their work published may also turn to them.

Either way, predatory journals can’t be trusted. To prove it, a professor from the United Kingdom decided to make up a study about politicians pooping and try to get it published.

In his fake study, he claimed his research assistant stood outside various houses of parliament with a folder of photos identifying different politicians. When the research assistant spotted one, she would then give them a consent form and ask them which hand they wiped with. The study stated that they managed to get eight politicians to answer, including “Teresa Maybe” (a play on British prime minister Theresa May) and “Boris Johnski” (a play on parliament member Boris Johnson).

“Practical implications include ensuring that toilet roll dispensers are provided on both sides of bathroom cubicles, especially in highly politicized organizations, in the interests of hygiene,” the fake study comically stated.

Needless to say, the study’s reasoning is nonsensical — and the sample size is too small to truly support a ludicrous butt-wiping theory.

“But that didn’t matter. ... Politicians do indeed wipe their asses with the contralateral hand,” Lewis wrote sarcastically in the Conversation. “I could scarcely believe my eyes — but of course the statistics never lie.”

It gets even worse. Lewis said it took “hardly any time” to find a predatory journal to accept his study. A few days after submitting his false study (the process normally takes months), Crimson Publishers agreed to publish Lewis’ bathroom revelation in exchange for $581. Eventually, he haggled it down to $0 by claiming he was too broke to pay a fee; other fake journals charge several thousand dollars for publication.

It turns out, our best defense against falling for poo studies is no different than dealing with regular fake news — internet users are best off checking their sources. When it comes to academic studies, predatory journals can be discerned from respected ones with a simple search or with journal evaluation sites like the Directory of Open Access Journals or Scimago Journal Ranking.

The fake study is no longer on Crimson Publishers’ website, but it can still be read for laughs.