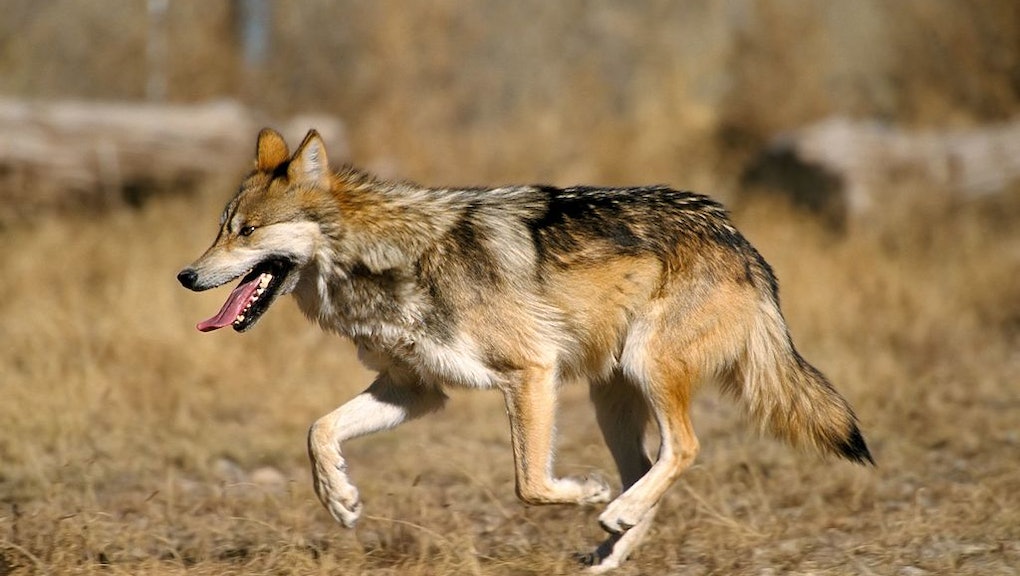 When Donald Trump got elected in 2016, one of his forefront promises was to “build that wall” along the U.S.-Mexico border — a phrase that thousands chanted across the country as if it were campaign gospel.

Even then, the idea was painfully controversial: Some call it xenophobic and heartless — a barrier, literally speaking, to people desperately fleeing violence. Others worry about the money: The wall could be a serious blow to trade, since Mexico was America’s third-largest goods trading partner in 2017. Then there’s the sky-high cost of building the wall, which ranges from $12 billion to $70 billion, depending on who you ask.

But now, more than 2,800 scientists have backed a recent paper on the wall’s dire threat to the environment. Their ask is simple: Build a barrier if you have to, but build it in a way that won’t destroy ecosystems or ruin the lives of endangered animals.

“It’s important that people understand: This is a truly, truly special place on the planet,” Rodolfo Dirzo, one of the paper’s authors and a professor of biology at Stanford University, said by phone. “Putting a wall in this unique area has tremendous consequences. ... We have a choice of what kind of example we want to set for the world: a terrible one, or one that makes us hopeful for the planet.”

Why scientists are rallying

There are many problems with the border wall. The first may seem a bit obvious: Building a physical barrier to stop humans from traveling between the U.S. and Mexico would, naturally, also stop animals. That’s really serious, since many endangered species move between these areas for resources or as part of their natural migration pattern.

The peninsular bighorn sheep, for example, travels between California and Mexico to find water and birthing sites. The Sonoran pronghorn and Mexican gray wolf (the world’s most endangered wolf subspecies) move to mate, which is critical for boosting the populations of their small, endangered packs.

Dividing these animals into separate regions means that they might not get the food and water they need to survive — especially as temperatures rise and droughts worsen from global warming. Splitting up species populations also lowers an animal’s chance of finding a viable mate — in other words, fewer babies. It causes inbreeding — leading to more disease and less genetic diversity — and ultimately stacks the cards against creatures that are rapidly dwindling in number.

“Building an impermeable wall along the longest border in the Western hemisphere is a stupid idea — it’s senseless,” Paul R. Ehrlich, one of the paper’s authors, said by phone. He’s a pioneer in the study of the Earth’s overpopulation and president of the Center for Conservation Biology at Stanford University.

“It’s not a scientific debate — it’s a street fight.”

Building nearly anything is bad for the environment, no matter the place — construction ruins natural vegetation, kills animals, destroys habitats and wards off local species with its increases in light, noise and human activity. But the U.S.-Mexico border is a critical region that needs to be protected, scientists say, because it’s a rare swath of land that hosts both deserts and wetlands in the same small space.

“You have these species and ecosystems typical of the northern latitudes, then species that evolved from more tropical parts of the planet,” Dirzo said, “and the fact that these two meet make the area very special.”

Problem is, the U.S. government knows that. For years, it funded research on how to protect the environment and at-risk animals — it even enacted laws, such as the Endangered Species Act and the National Environmental Policy Act. But all of that can be waived for wall construction, thanks to something called the 2005 Real ID Act. It gave the Department of Homeland Security power to bypass any laws that could slow the wall’s construction — and predictably, Trump has so far used it to bypass environmental protections.

“The issue here is a global issue. Namely, human civilization is utterly dependent on biodiversity of the planet, and yet we’re destroying it at an evermore rapid rate,” Ehrlich said. “And some of the worst destruction is known to be caused by long barriers.”

Despite all of this, Trump is determined to get it built, for better or for worse. On Sunday, he even threatened to shut down the government if “the Democrats do not give us the votes for border security, which includes the wall.”

“It’s extremely important that people get in touch with Congress to make sure that the environmental laws that exist, such as the Endangered Species Act, are actually followed,” Dirzo said. He said he urges U.S. government to allow scientists like himself to come up with a border wall solution that reduces environmental damage and allows animals to cross it.

For Ehrlich, the solution is more simple: Vote for the politicians that care.

“I hate to give you a nonscientific answer, but this is really a political problem,” he said. “It’s not a scientific debate — it’s a street fight.”