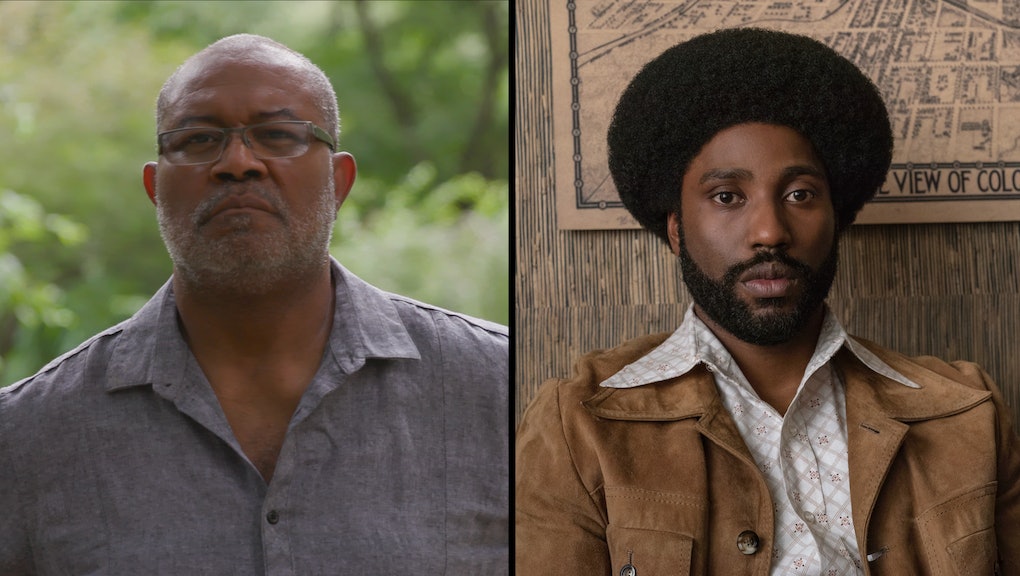 Nearly 40 years ago, Ron Stallworth became the first black detective on the police force in Colorado Springs, Colorado. After retiring from a 32-year career in law enforcement, Stallworth counts drug busts and jailing violent criminals as some of his accomplishments.

Stallworth also did something few people would believe a black man could do. He managed to infiltrate the Ku Klux Klan, the white extremist hate group, in the late 1970s by using a “white voice” and parroting white supremacist rhetoric in phone conversations with Klan leaders.

“I wanted to join the Klan because I hate niggers, spics, Chinks, Jews, Japs and anybody else who isn’t a pure Aryan of white blood, like you and I,” Stallworth told a local Klan leader.

He later received a KKK membership card and certificate signed by the group’s national leader.

With the help of a white partner, who posed as “Ron Stallworth” at Klan gatherings in Colorado Springs, the ruse was a success. Stallworth’s phone calls with Klansmen yielded intelligence that helped police prevent hate crimes, including cross lightings that are illegal if done as a form of racial intimidation.

“The act of burning a cross is a domestic act of terrorism,” Stallworth says in Thursday’s episode of Mic Dispatch. “We prevented three cross burnings, which I’m very proud of.”

Stallworth’s story inspired the upcoming Spike Lee film BlacKkKlansman, which adapts to the silver screen portions of the former detective’s memoir of the same name. The movie hits theaters Friday, just ahead of the one-year anniversary of the deadly rallies in Charlottesville, Virginia. President Donald Trump’s response to the events in Charlottesville — including his statement that there were “very fine people” among the white supremacist participants — disturbed Stallworth more than the persistence of hate groups decades after his Klan infiltration.

“What disgusted me was the idiot imbecile that currently occupies Barack Obama’s old seat,” Stallworth says on Dispatch. “That idiot that now sits in the White House came out and tried to establish an equivalency between what they were doing with what the [counter] protesters were doing and saying.”

Following a march of white men carrying torches through the University of Virginia campus in Charlottesville, scores of white supremacist groups descended on the city for the planned “Unite the Right” rally protesting the proposed removal of a Confederate monument. Amid clashes between white supremacists and anti-racism activists, a 32-year-old white counterprotester named Heather Heyer was killed when a purported neo-Nazi drove his car through a crowd.

Rally organizers were reportedly denied a permit to hold a second event in Charlottesville in 2018, although a related gathering is scheduled for Sunday near the White House in Washington, D.C.

In his film, Lee intentionally created parallels between the hate speech used among Klansmen in the 1970s and Trump-era rhetoric. Clips of chaos in Charlottesville are shown just before the movie’s credits roll.

“People are going to really, really think,” Lee said in an interview with Mic. “I really think this still is going to provoke discussion and debate, which is great.”

During his investigation, Stallworth even fooled David Duke, the former grand wizard of the Klan who remains a prominent voice in the white supremacist movement. Duke, who served as grand wizard from 1975 to 1979, attended the Charlottesville rally.

Reached for comment, the former Klan leader acknowledged he spoke to Stallworth and signed his Klan membership documents.

“I respect him as an individual,” Duke said in a phone interview with Mic. “I think he made an effort to be fair in the book.”

“This movie is portraying itself as a movie that is opposed to racism,” he said. “Yet the movie itself is nothing but vicious racism and hatred against white people.”

Stallworth said he still keeps the KKK membership card in his wallet to inspire people who may be afraid to confront hatred head-on.

“When you see these types of groups rear their ugly, nasty, filthy, vile heads, call it for what it is and take whatever appropriate action that you can to put a stop to it,” Stallworth says on Dispatch. “And when you have the opportunity to stamp racist groups out or individuals, stamp them out.”

For more on Ron Stallworth and BlacKkKlansman, check out episode eight of Mic Dispatch above — only on Facebook Watch.