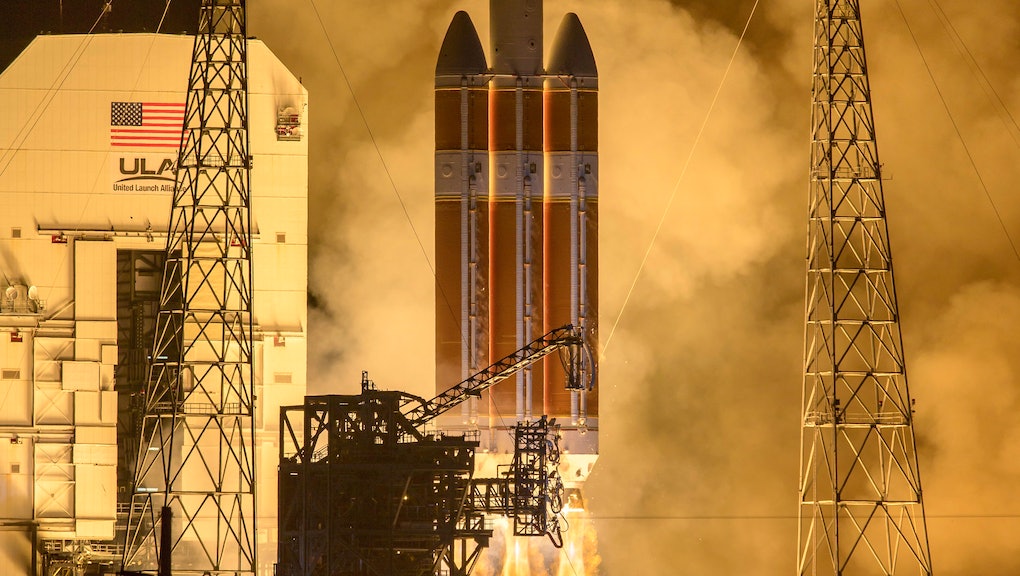 NASA just launched a historic mission to touch the sun

Our planet revolves around the sun — literally — and yet scientists still have so much to learn about the fiery ball that gives us light.

That’s why NASA launched its historic Parker Solar Probe at Cape Canaveral Air Force Station on Sunday. The probe, an unmanned machine about the size of a small car, will pass the sun 24 times over the next seven years, moving up to 430,000 miles per hour. Not only would that make it the fastest-moving manmade object in history, according to NASA, but it would also be a space device’s closest journey to the sun yet.

Even so, the probe won’t exactly touch the sun or its 900,000-degree to 2-million degree aura called the solar corona, even with all the brag-worthy, new-age thermal engineering. The Parker probe will only get as close as 3.8 million miles away from the sun, given the central star’s intense heat — and that’s only so long as everything goes right.

But this is why NASA wants to study the sun in the first place. The Parker Solar Probe will hopefully help space scientists understand why the solar corona is so impossibly hot, along with what causes supersonic solar wind and other natural mysteries. These are fundamental questions about the sun that researchers have been vying to answer ever since solar astrophysicist Eugene Parker first theorized solar wind 60 years ago in 1958. In fact, the probe was named after Parker because of his discovery — and the 91-year-old scientist was even there to watch it launch.

A video of the launch shows a dramatic countdown before the rocket lifts off in an explosive show, eventually turning into a mere dot of light in the dark sky.

For now, space junkies around the world will have to wait and see what NASA’s probe discovers. But certainly, it’ll be a deeper understanding of the star that gives us life.