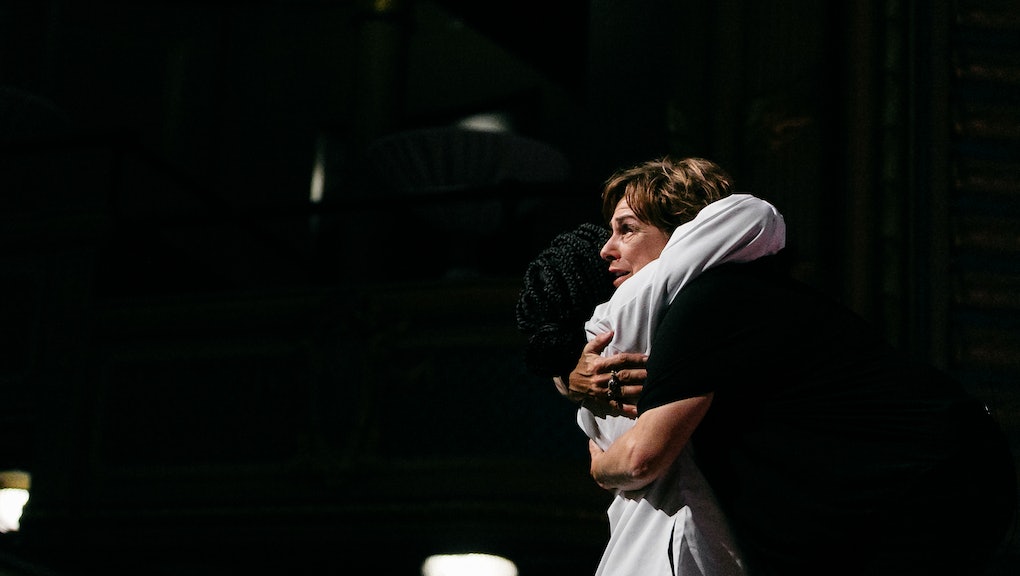 #MeToo generational divide: For some female chefs, sexual harassment was something “you tolerated”

NEW ORLEANS — A powerhouse lineup of female chef and hospitality professionals — ranging in age from 30-something to 95 years old — recently discussed the #MeToo movement and the future of women in the food industry. Brought together in New Orleans for the American Cuisine & Hospitality Symposium, they talked about their own experiences and the future of the movement. “The panel could have been called, ‘Men, Am I Right?’” joked New York Times reporter Kim Severson, the moderator for the all-women group.

“We’re in a moment of social change,” Severson said, “but it’s a very generational thing.”

Leah Chase, the 95-year-old Queen of Creole Cuisine and grandest dame of the panel, agreed with Severson. Chase’s experience in the industry spans several generations — she’s been running the kitchen at Dooky Chase’s Restaurant in New Orleans for 77 years. “Today’s women are educated. In my day, very few of us were educated,” she said.

Depending on which generation you were raised in, you’re likely to process the #MeToo conversation differently. For Chase, who began running her restaurant during the era of segregation and then the civil rights movement, she said the custom was to “look like a girl, act like a lady, think like a man and work like a dog.” (She has this philosophy hanging on a sign in her restaurant, and it’s also painted across the street for all passers-by to see).

Chase also believed things were fairly straightforward when it came to unwanted advances. “We learned how to defend ourselves,” she said. “We’d give you a good kick in the groin.” However, she was one of the lucky ones to never personally experience sexual harassment. “I was fairly good-looking too,” she joked.

A recent study conducted by Vox and Morning Consult found that women age 35 and over are more likely than younger women to say they’d kept silent about sexual harassment they experienced at work. “Looking back on their lives and careers, older women tended to see sexual misconduct as something they simply had to put up with,” according to the study.

James Beard award-winning chef Barbara Lynch, who’s 54, echoed this sentiment. “You tolerated it. It was your job. I knew if I could cook I could always have a job,” she said at the panel, holding back tears.

Millenial women may look at this “stay quiet” approach and ask why men weren’t going to don’t-rape classes while women were taking self-defense classes back in the 1980s and ‘90s. And to bring it to 2018, why aren’t there any men on these all-women panels discussing sexual harassment prevention?

The conversation about gender and the restaurant industry is nuanced, but women of all ages have stepped up in light of the #MeToo movement to take action and work to ensure we’re not having the same conversation 10 years from now.

“We were all swimming in this toxic water and none of us really understood how toxic it was until all of this came out,” Severson said. “And now we’re like, ‘Oh my god, I can’t believe I was putting up with that for how many years.’”

“We were all swimming in this toxic water and none of us really understood how toxic it was until all of this came out.” — Kim Severson

Dominique Crenn, who’s 53 and the first woman to receive two Michelin stars in the United States for her restaurant Atelier Crenn, is ready for change. “Let’s talk the talk and walk the walk,” Crenn said. She has a zero-tolerance policy for sexual harassment at her three restaurants.

Another advocate for the zero-tolerance policy is BET Entertainment co-founder and Salamander Hotels and Resorts CEO Sheila Johnson, who’s 69. “I am very sensitive to this issue. I don’t put up with it. As soon as I find out, they’re gone,” she said of her hotel chain, which employs over 3,000 people.

And once the offenders are gone, what should the rest of us do? Boycott associated restaurants and other businesses? Or pull a Gabrielle Hamilton and step in to save the restaurant?

Hamilton, along with her wife Ashley Merriman, wanted to help make things right at the Spotted Pig after owner Ken Friedman was accused of sexual harassment charges and left the restaurant. “They hoped to provide a blueprint for a post-#MeToo era. ... In the end, however, they could not find a way to make it work,” Severson reported in the New York Times.

It’s a complicated situation of course, with many employees and business partners feeling the impact of #MeToo-scarred restaurants even when they’re not involved in the allegations.

Nancy Silverton was appalled when she learned of her business partner Mario Batali’s sexual misconduct allegations. According to the Washington Post, “she says she has lost business opportunities because of the connection. Some would also say that, as an owner of a restaurant where bad behavior took place, she was complicit, though she says she was unaware of any harassment.”

But people can change over time if they’re willing to do the work. And for some women, there is room for forgiveness.

Throughout all of the #MeToo conversation, Chase said she’s not into bashing men. “I’m not a man-basher,” Chase said. “Smart men do stupid things. And I say all the time, men were born stupid, so you have to help him up there. Your job is to uplift him.”

With so many strong female voices emerging in the conversation today, the mood can feel empowering and hopeful. According to the Vox study, rather than resenting younger women for their willingness to speak out against harassment, older women frequently applaud them. Overall, the study found that among older women, there was a sense of hope that perhaps their daughters and granddaughters will feel more empowered to speak up.

Helping women find their way in the industry will help, too. By the end of the conversation, a 20-something Delgado Community College student studying pastry arts was onstage hugging all of the female chefs and hospitality industry professionals. When the young college student asked for words of wisdom and encouragement, Chase said, “Surround yourself with people who can uplift you. Women are powerful beings.”