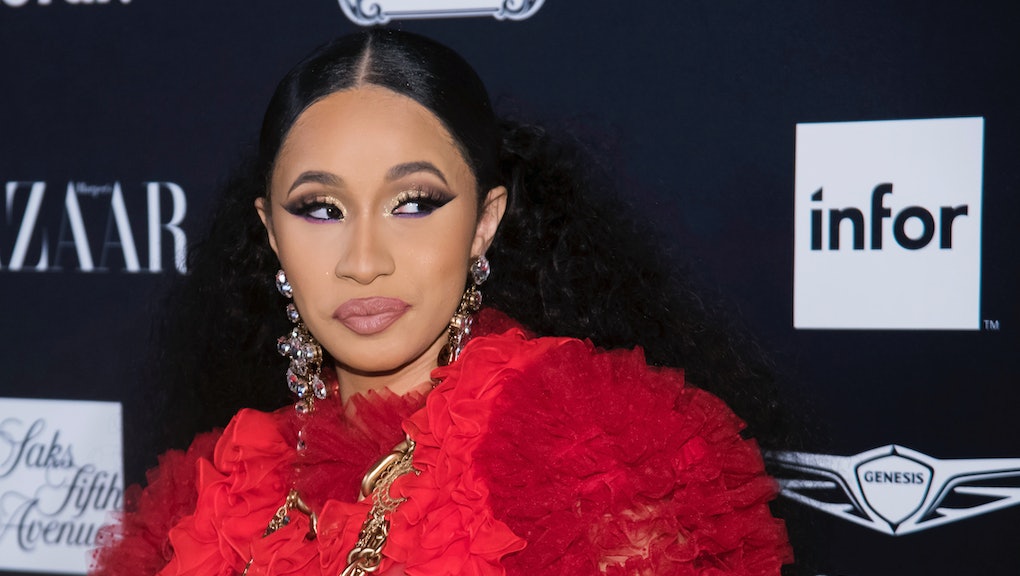 Why doesn’t Cardi B know who runs her Facebook page in 2018?

Although I may be thot-bopping to Pardison Fontaine’s “Backin’ It Up,” which features Cardi B, I’ve been frustrated with her lately.

Yes, I’m annoyed because she was goofy enough to think that she was going to magically bypass the security team of Nicki Minaj at a party during New York Fashion Week, snuff her and convince the public she was within her right to fight her. However, we don’t need to relitigate the fight that didn’t happen or the knot that ended up on Cardi’s forehead. I don’t need #BardiGang members throwing shoes at me like my name is George W. Bush. Let’s just two-step ahead. Besides, there are other reasons to be disappointed in Cardi lately — namely a transphobic meme that found its way to Cardi B’s Facebook page.

While others may infantilize people from the hood, anyone who has closely followed Cardi B’s career knows that she is especially savvy — particularly when it comes to social media. You don’t go from stripper to reality star to the biggest female rapper since Nicki Minaj without knowing the power of messaging. So, if one has used social media to attain fame and wealth, one would think that they also know that social media can potentially cause the opposite effect.

Yet, as she explained in light of the criticism, a former team member was in control of her Facebook page. I read this in total befuddlement. You are Cardi B, internet celebrity turned reality star turned platinum-selling artist, with some of the biggest hits of 2017 and 2018. Someone who makes history co-hosting The Tonight Show, cracks Ellen DeGeneres up and routinely appears on the cover of mainstream publications. But you don’t know who controls your Facebook page? How? Why? What?

For many, that excuse was not enough. That likely has to do with Cardi B’s history of making troubling statements about trans people. It doesn’t help that back in January, when her husband was criticized for a homophobic lyric, she went live on video streaming app Periscope to aggressively defend him.

And instead of just simply offering a formal apology, which basically makes clear that no matter what, she realizes that if her name is on the page, it’s ultimately her responsibility, she instead decides to bark back. A proper mea culpa may not have satisfied everyone, but at the very least, it would have conveyed she understands the pain it may cause people and do her best to offer penance.

This is exactly what I previously warned about in separate pieces: her penchant for popping off in situations that call for the gift of our own internal ignore feature and her struggling with the fame she clearly sought out.

I don’t believe in canceled culture. More often than not, nobody truly ever goes away. That said, you can find yourself ousted from certain opportunities if you are considered to be a pariah in some form or fashion. And you know, continuously finding yourself in situations in which the words “transphobia” is part of the narrative is a good way to talk yourself out of opportunities.

Cardi B won’t read this, but hopefully someone at her label, management team or family tree will give her the following advice: Act like the superstar you are. That means hiring a publicist who can spell and is actually good at handling the publicity of an artist. Another helpful tip is to know who runs your social media accounts. And for the love of Beyoncé, stop fighting with every random person on the internet — particularly when you are dead wrong.

In the case of that transphobic meme being posted on Facebook, even if Cardi didn’t post it herself, it was on her page. Again, that makes it her responsibility. I don’t say this to be malicious or to pile on. I just want to bop to a Cardi B track or feature in peace.

If only she’d let me.