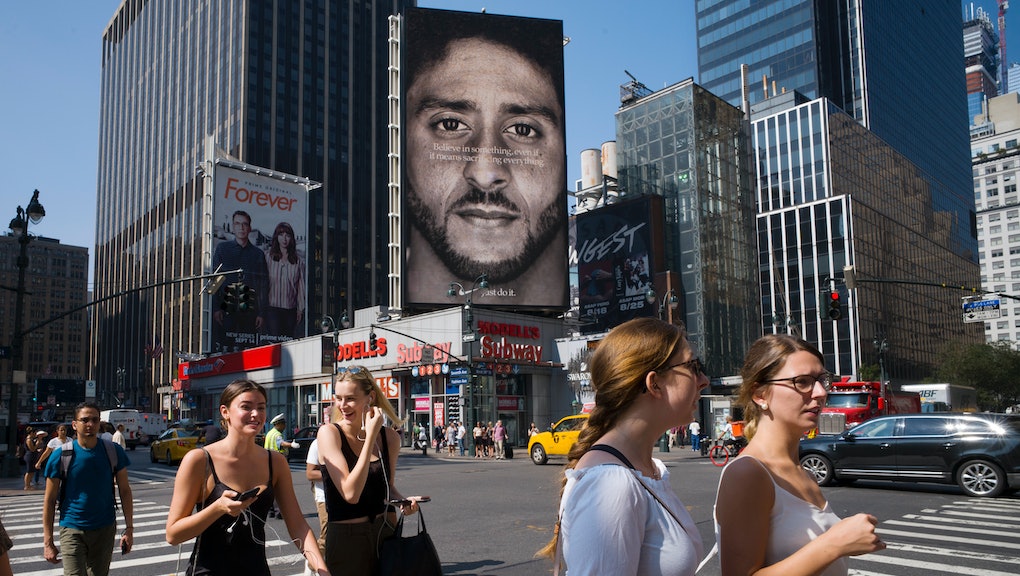 The council members in charge of the state’s $77 billion public worker pension fund voted unanimously Thursday to study its holdings with the sports apparel giant after Marty Barrett, a government representative for the state’s retired police officers and firefighters, asked council members to consider pulling its sizable investments.

At a meeting Thursday, Barrett told the pension fund council members that Kaepernick’s kneeling protests during the 2016 NFL season disrespected the military and first responders who were killed in connection with the Sept. 11, 2001, terrorist attacks.

Barrett reportedly said Nike “made one of the worst business decisions of all time” in making Kaepernick a face of its 30th anniversary “Just Do It” ad campaign.

In reality, Nike’s stock prices were trending upward this week following a 4% drop on Tuesday after the company declined to raise its anticipated year-end earnings forecast amid the Kaepernick ad buzz. The company’s stock price reached an all-time high earlier in September, despite calls for boycotts and local officials’ attempts to ban Nike purchases among public employees.

New Jersey’s pension fight may be a sign of more battles to come for Nike. On Sept. 4, the National Association of Police Organizations issued a nationwide call for boycotts of and divestments from the company, condemning the Kaepernick ad campaign in “the strongest possible terms.”

“The inclusion of Mr. Kaepernick in Nike’s ‘Just Do It’ ad campaign also perpetuates the falsehood that police are racist and aiming to use force against African-Americans and persons of color,” NAPO president Michael McHale said in a written statement. “Officers across the nation risk their lives not only protecting the athletes featured in Nike’s various campaigns, but also serve aspiring athletes across the country who use the Nike brand ... They deserve to have the respect and full support of corporate citizens like Nike.”

The move to get New Jersey’s investment council to divest from Nike was not authorized or supported by the state’s police union, according to Patrick Colligan, president of the New Jersey State Policemen’s Benevolent Association, who said Barrett acted without his knowledge and that he is hesitant to “involve politics in pension investments.”

“I have been adamant, even when the governor chose to become more socially conscious with some of the investments, that I’m not sure we should be in the social justice business when we’re investing in pensions, with the vast deficiencies and unfunded liabilities that we have in all the systems,” Colligan told NJ.com.

Bloomberg reports that five sizable state pension plans that manage law enforcement workers’ retirement savings own more than $400 million in Nike stock, which is less than 1% of Nike’s market value.