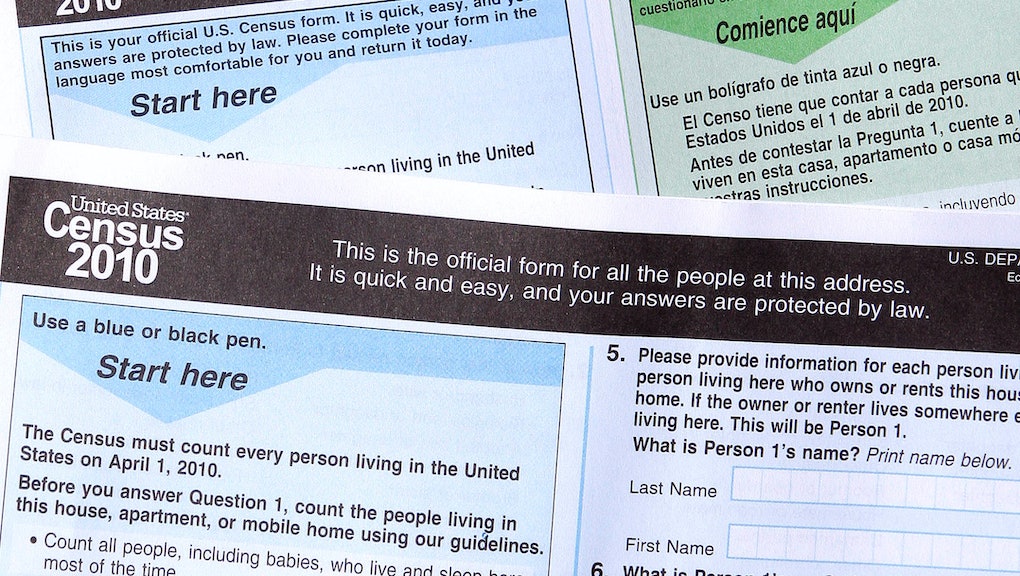 The Trump administration will face off against 18 states in federal court in New York Monday, as a trial begins to determine whether the administration can add a controversial question asking about a person’s citizenship status to the 2020 census.

The U.S. Department of Commerce announced in March that it would be adding the question, which has not been on the census since 1950. The Trump administration alleged in its announcement that obtaining information about citizenship will help the government to enforce section 2 of the Voting Rights Act, which prohibits discriminatory voting practices or procedures.

In April, former New York Attorney General Eric Schneiderman filed the lawsuit going to trial Monday. It was joined by attorneys general from 17 additional states and the District of Columbia, along with nine cities, four counties and the U.S. Conference of Mayors, which represents mayors of 1,408 cities nationwide. Schneiderman has since resigned from his position amid sexual misconduct allegations, and the lawsuit is now being led by current New York Attorney General Barbara Underwood.

The legal challenge argues that the citizenship question will “deter participation” and “undermine the decennial population count,” as immigrant communities may avoid filling out the census due to concerns over how the federal government will use their citizenship data.

“A fair and accurate count of all people in America is one of the federal government’s most solemn constitutional obligations,” Schneiderman said in a statement announcing the lawsuit. “The Trump administration’s reckless decision to suddenly abandon nearly 70 years of practice by demanding to know the citizenship status of each resident counted cuts to the heart of this sacred obligation – and will create an environment of fear and distrust in immigrant communities that would make impossible both an accurate Census and the fair distribution of federal tax dollars.”

The states and municipalities participating in the suit allege that an inaccurate census count will jeopardize the amount of federal funding they receive for critical services, such as infrastructure, public education and social services like health care and affordable housing. An inaccurate count could also deprive immigrant communities of resources and affect how congressional districts are drawn.

A national study commissioned by the Census Bureau revealed that these fears of undercounting the census are valid and that the citizenship question could be a “major barrier” to participation in the census. Participants in focus groups believed that the question was being asked to find undocumented immigrants and target ethnic groups; one Vietnamese participant quoted by NPR said the question’s purpose was “to make people panic.”

Many respondents believed that immigrants would be personally targeted by the government over their responses, despite federal law that prohibits the release of any individual’s information for 72 years after the census.

“Latinos are going to be afraid to be counted because of the retaliation that could happen,” one participant in the study reported, as quoted by NPR. “It’s like giving the government information, saying, ‘Oh, there are more here.’”

The trial is likely to last two weeks, though regardless of the outcome, it’s likely the case will end up at the U.S. Supreme Court. The high court has already ruled multiple times on the lawsuit in response to the Trump administration’s challenges to thwart the legal challenge, including a ruling Friday that allowed the case to move forward after the Trump administration asked the court to delay the trial.

The Supreme Court also ruled on Oct. 22 that Commerce Secretary Wilbur Ross could not be deposed as part of the trial, after the Trump administration claimed that his motivations for approving the question were irrelevant.

Ross’ role in the citizenship question has come under fire due to his shifting explanations behind the question’s approval. The commerce secretary initially testified to Congress that he was responding solely to a request to include the question from the Department of Justice and had not discussed the citizenship question with anyone at the White House. In a later court document, however, Ross changed his story, revealing he had actually discussed the question with former White House adviser Steve Bannon in spring 2017.

“DOJ has tried every trick in the book (and then some) to block this case — and failed every time,” Amy Spitalnick, a spokeswoman for Underwood, said in a statement quoted by the Washington Post following the Supreme Court’s Friday ruling. “You really have to wonder what they’re trying to hide.”