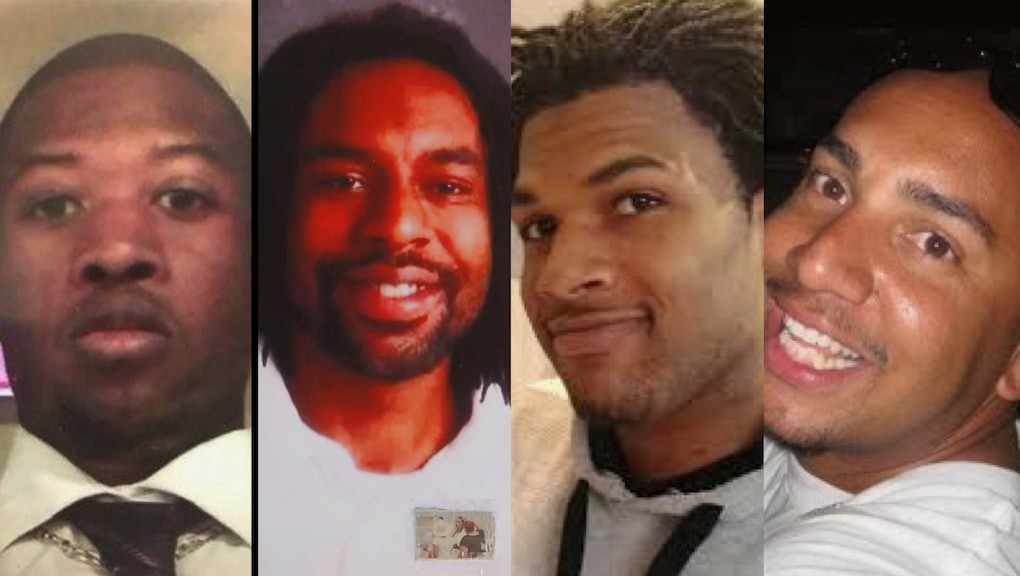 NRA representatives have spent the last several days trying to explain why they won’t condemn the police shooting death of Jemel Roberson, the black security guard who used his legally-owned firearm to subdue a shooter at an Illinois bar on Sunday before being shot and killed by an officer from the Midlothian Police Department.

NRA spokeswoman Dana Loesch called Roberson a hero Tuesday during a heated back-and-forth with the Twitter account run by the gun control advocacy group Everytown. But Loesch and other NRA-TV personalities, including Colion Noir, have said they need more information before they can denounce the actions of the unidentified officer who shot Roberson.

“Roberson had the armed perp pinned to the ground,” Loesch tweeted on Wednesday. “Fair to ask if he was worried perp would shoot him if he let up. We weren’t there and do not know. This is why it’s important to wait for facts and allow the investigation to continue.”

The NRA, which is a powerful political ally of the Republican Party, has a long history of not acknowledging the Second Amendment rights of black gun owners, particularly when police officers are involved in a shooting. Supporters of the Democratic Party, which enjoys overwhelming allegiance from black Americans, are typically in favor of gun control and therefore don’t advocate for black people’s right to own and carry firearms. This dichotomy leaves legal black gun owners with little to no political power when their right to bear arms is violated by law enforcement. The dynamic is playing out at a time when licensed black gun ownership has skyrocketed nationwide amid fears of being the next hate crime victim in the era of President Donald Trump.

More black people may be wanting to own guns to protect themselves, but progressive civil rights organizations like the ACLU and the NAACP often don’t acknowledge Second Amendment issues for their own political reasons. An NAACP spokesperson argues the proliferation of guns in America helps fuel high homicide rates in predominantly black communities.

“We are fighting for sane gun policies that will protect our communities more than advocating for more guns,” NAACP spokesman Malik Russell said via email. “We can fight for the rights of black people to be treated equally under the law and not become advocates for the NRA or gun ownership. Our communities are not pushing for more guns. Our issues represent where our community stands.”

The lack of gun rights advocacy for black people helped fuel the rise of the National African American Gun Association when it was founded in 2015. The organization, which started in Atlanta, has 70 chapters with about 50,000 members, according to NAAGA Vice President Douglas Jefferson. He said Roberson’s police shooting death fits the pattern of U.S. law enforcement not respecting Second Amendment rights when black gun owners are involved.

“We are frustrated that even when working professionally as a protector of others, [black people] are still seen as threats by officers of the state,” Jefferson wrote on NAAGA’s Facebook page on Wednesday. “When these types of incidents occur, it undermines the trust our community has in the state and puts an asterisk by the statement that we have equal protection under the law.”

Roberson’s story is similar to other incidents where black men with firearms have been shot and killed by police. Licensed gun owner Philando Castile was fatally shot by a Minnesota officer during a traffic stop in 2016. After a year of silence on the matter, Loesch called Castile’s death “a terrible tragedy that never should have happened,” during a CNN interview, but she never denounced the officer who killed him. Navy veteran Jason Washington was killed by police in Portland, Oregon, in June. Washington was breaking up a fight involving one of his friends outside a downtown bar when the handgun he was holding for his friend fell out of his pocket. When Washington went to pick up the firearm, police who responded to the scene opened fire and killed him.

In 2014, John Crawford was shot and killed inside a Beavercreek, Ohio, Walmart where he’d picked up a pellet rifle he had considered buying. Police were called to the scene where they shot and killed Crawford within seconds of seeing him with the weapon. Twelve-year-old Tamir Rice also was killed while wielding a bb gun in a Cleveland park later the same year. Ohio is an open carry state.

Jefferson, a self-described left-leaning independent, said NAAGA has tried to lobby lawmakers on behalf of people like Roberson and Castile, but because there’s little support for black gun ownership, they haven’t gained any political ground. “We’ll send emails, make calls,” he said. “So far it seems to fall on deaf ears.”

Law-abiding black Americans who choose to carry guns for self-defense should be able to do so without fear of being persecuted or killed by law enforcement officers who are sworn to protect them, according to Jefferson. He also said the right to bear arms for black people has been critical in defending and advancing other civil rights movements.

NAACP founder W.E.B. DuBois became a pro-gun proponent after the 1906 Atlanta race riots. Other civil rights leaders of the past, Jefferson noted, credited guns and the Second Amendment with keeping them alive as they fought for black folks’ right to vote using their First Amendment right to protest.

“We’re being killed because we’re exercising our right in a legal, moral and ethical manner,” Jefferson said. “The right to bear arms is a right we’re supposed to have on paper, but in practice, it’s being curtailed. You do not have the right if it’s not being universally respected.”