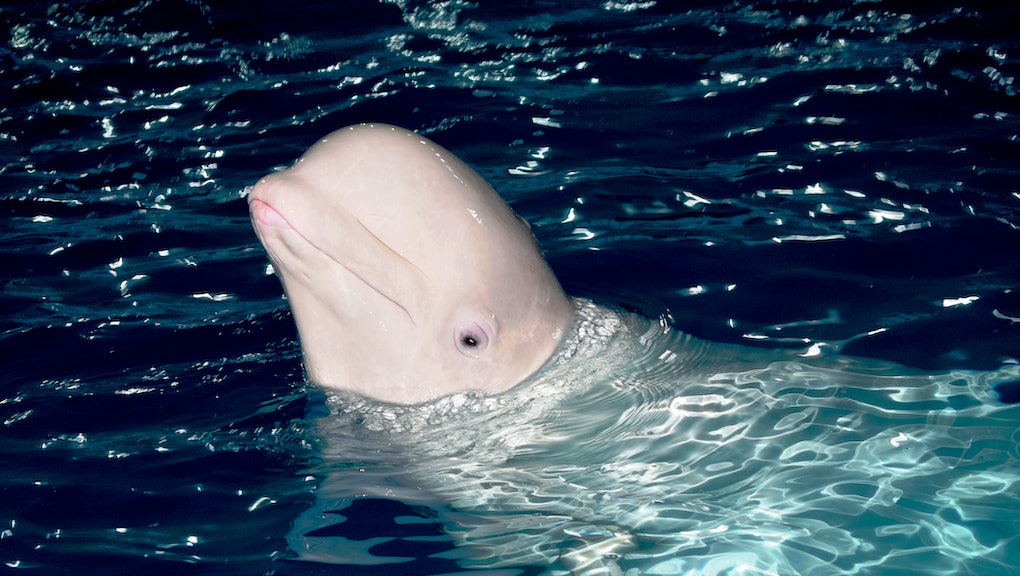 Why this beluga whale might actually be a Russian spy, according to experts

Last week, Norwegian fishermen spotted a beluga whale swimming around the northern coast, but it wasn’t just any whale — it had on a tight harness and may have Russian military ties, reported NRK, a Norwegian news outlet. According to VG, Fishermen Joar, Håvard and Erlend Hesten saw the whale swimming between boats, and then it rubbed up against their boat. The men took video and pictures and sent them off to experts. Jørgen Wiig, a marine biologist and inspector at the Directorate of Fisheries’ Marine Service, which helps release whales that get stuck, came out and joined the men, and inspector Yngve Larsen assisted, too.

On April 26, the men tried to lure the whale with cod filets, which worked, but the whale would swim away before the men could remove the harness; they’d try to remove it, but it had so many clips that it seemed to be stuck. Finally, Joar Hesten put on a wetsuit and went into the water to help the whale, who did not seem afraid of him. Hesten said he thought the whale was “very safe and tame.”

According to VG, Hesten was able to unfasten one of the whale’s harness clips, which prompted the whale to swim downwards, which loosened the whole harness. Wiig said the whale swam around the boat for a bit before swimming off. It turned out that the harness also had an attachment for a small action camera, like a GoPro. But it’s the writing on the wall — or harness, in this case — which attracted speculation. The inside read: “Equipment of St. Petersburg”; Wiig thought the whale escaped from Russia.

Audun Rikardsen, a professor at the Norwegian Arctic University in Tromsø (UiT), said that neither Norwegian nor Russian researchers put harnesses on whales. He also said Russian researchers confirmed they weren’t doing this and it is most likely the Russian Navy in Murmansk. To some, this may beg the question as to whether Russia is using whales as spies. “There is a lot of secrecy around these military projects, but a Russian researcher I have spoken to says she knows that the Russian defense has such whales in captivity for military training,” Rikardsen told the Aftenposten newspaper, according to USA Today. Plus, the Russians using marine life for military purposes is nothing new. They used dolphins during the Cold War — to do everything from detect submarines to protect ships — according to Slate.

Regardless, the fate of the beluga whale that the fishermen helped remains to be seen. “This is a tame animal that is used to get food served so that is why it has made contacts with the fishermen,” said Rikardsen, according to TIME. “The question is now whether it can survive by finding food by itself. We have seen cases where other whales that have been in Russian captivity doing fine.”