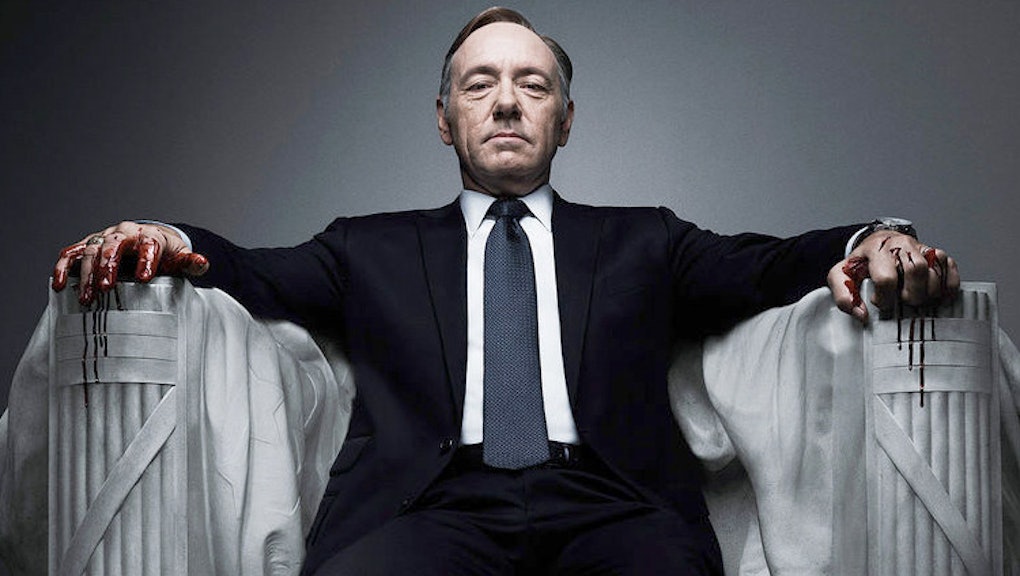 Hollywood is Influencing Politics More Than Any Super PAC

Movies have the power to inspire, to teach, to shape memories of events, and to create a shared narrative experience amongst a culture. They can make us think about things that we have not given much thought to before. They can stir us to action, transform our worldviews, or confirm our biases. Films have long had the power to guide social change and influence political policy, and this power has only grown stronger in the age of new media.

As technology continues to transform the way that Hollywood does business, it is becoming far easier for people to create content that they can use to advance their ideas. YouTube, Netflix, Kickstarter, Amazon, and Hulu have all been a tremendous boon to independent filmmaking by increasing access to people who would have normally been unable to complete their projects under Hollywood's old studio system. By harnessing the power of the internet and independent funding, people are more able to fight for their causes either alongside or against the larger studios. This is a good thing.

The most successful motion picture company when it comes to impacting political policy is Participant Media, founded by former eBay executive Jeffrey Skoll. With scores of Academy Award nominations, Participant Media has used both documentaries and dramas to advance its agendas on issues involving healthcare, the environment, social justice, human rights, and economic inequity.

Participant's documentaries, such as An Inconvenient Truth, Fast Food Nation, The Cove, Countdown to Zero, and Waiting for Superman, have been screened throughout the country and had tremendous influence on public perception of certain issues. To this day, articles cite The Cove while lambasting the Japanese slaughter of dolphins while climate change theorists and skeptics alike reference Al Gore's film on the subject.

In addition to documentaries, traditional scripted films are constantly used by Participant Media to shape and influence worldviews. Syriana and Charlie Wilson's War both sought to provide context to American policies in the Middle East. The Help aimed to shape the memory of black domestic workers, and Benedict Cumberbatch's upcoming The Fifth Estate seeks to guide public perception of Julian Assange and Wikileaks.

But organizations on the right side of the political spectrum are not ones to let liberal filmmakers like Michael Moore, George Clooney, and Participant Media hog the power of Hollywood, and have risen to advance their own causes. Due to the controversial Supreme Court case that arose from its documentary on Hillary Clinton, Citizens United is probably one of the most famous advocacy groups on the right using film to advance its agenda. One of the last works of conservative icon Andrew Breitbart was a critical documentary about Occupy Wall Street (Participant Media has recently followed up with a pro-OWS documentary).

The libertarian-leaning Moving Picture Institute is the most organized of the bunch and has released a slate of films over the past few years seeking to influence public policy regarding UN reform, teachers unions, free enterprise, political corruption, and more.

Smaller, independent filmmakers and non-profits are also harnessing the internet to advance their causes and making a real impact while doing so. Gasland and FrackNation faced off over the issue of hydraulic fracturing. Famously, or infamously for some, Invisible Children used the viral power of the Internet to release its Kony 2012 documentary and raise visibility of Joseph Kony throughout the world.

I attended a packed Washington, D.C. screening of the documentary After Kony: Staging Hope, an independent collaboration by filmmakers and human rights activists. The audience included members of Congress, aides, and officials from various federal agencies and policy organizations. Similar screenings on a variety of issues take place in the halls of power all the time.

Motion pictures are not the only avenue Hollywood uses to shape policy. Shows like Glee and Modern Family are working to make homosexuality less taboo, Breaking Bad and Boardwalk Empire have helped to show the dark side of prohibition, and The Newsroom's first season was mostly Aaron Sorkin's diatribe against the Tea Party. Like their big screen counterparts, these television shows offer a venue for us to share ideas and knowledge, make arguments, and consider opposing worldviews.

As television's new golden age continues and as the internet causes filmmaking to become more accessible, Hollywood will continue to be one of the greatest influences on public policy and society. It is easier today to create and share film than ever before, greatly expanding the number of debates and arguments people have access to. Never has the power to express yourself and your views through film been so great, and we are better off for it.