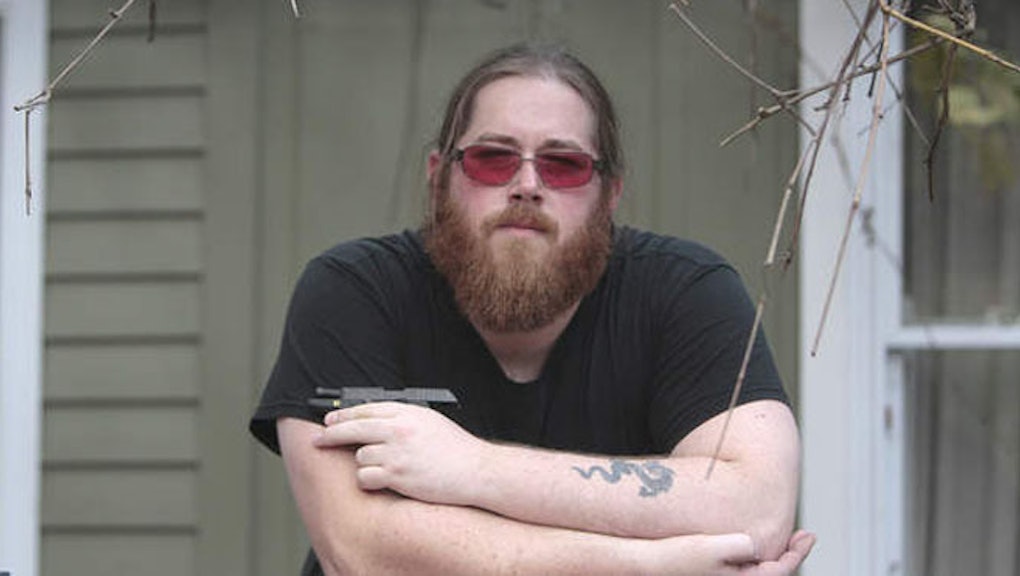 This Gun Owner Got Fired For Thwarting a Robbery

Shannon "Bear" Cothran was working an overnight shift at a Shell station in Nashua, New Hampshire when a burglar made the mistake of bringing a knife to a gun fight.

When a man came into the station wielding a knife, Cothran produced his Ruger LCP .380 handgun, causing the suspect to flee. Cothran then called the police and filed a report. The police are still searching for the suspect. Following his courageous confrontation, in which he protected both the property of his employer and himself, Cothran was rewarded with his termination for a violation of company policy forbidding store clerks from carrying guns. Despite lobbying from the store manager and the district manager, Nouria Energy stood by the decision to terminate Cothran.

Cothran has been legally permitted to carry a concealed weapon for eight years, and has been carrying a compact firearm on his side for about two years. Nashua authorities have noticed an a surge in armed robberies in the region stemming from this past summer on. Several local stores have been robbed, and the crime surge has caused a local deli to change their closing time from 10 p.m. to 8 p.m. EST to avoid their clerks from becoming victims as well. Cothran cited the increased violence as part of the reason he has decided to carry the gun with him for personal safety.

"When you're dealing in seconds, not minutes or hours, you can't be dependent on anyone else to take care of you. You have to be responsible for yourself."

Cothran has made the decision to not allow himself to be a victim because of his surroundings. He made the decision to protect not just himself and the livelihood of his family, but also the property of the owner of the station. Nouria Energy has the right to run its enterprise however they want, but the option of self-defense should be extended to those with dangerous shifts. Without his sidearm, Cothran might have died, and that's a risk he shouldn't have to take.