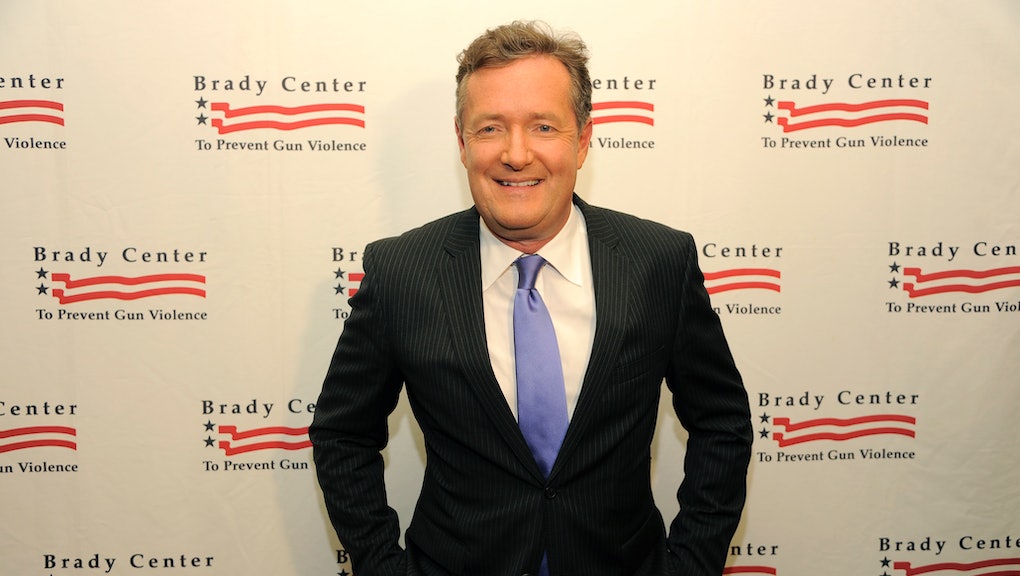 Piers Morgan Explains Why Bill O'Reilly is a Dick, No Word Yet On Why He's One Too

Morgan appeared on Stern's show to publicize his new book Shooting Straight: Guns, Gays, God, and George Clooney, and told the story of the first time he met O'Reilly. According to Morgan, O'Reilly rejected his attempts to introduce himself and appear on his new CNN show. Later on, O'Reilly approached Morgan and asked for a picture with his daughter because of his work on America's Got Talent.

Morgan accepted, but before the picture could be taken, a member of Madison Square Garden's staff jumped between them and demanded Morgan's privacy be respected. When asked if he thought O'Reilly didn't like him because he worked for CNN, Morgan stated, "No, I think he is a dick."

If this isn't a pot-meet-kettle situation, I'm not sure I've ever encountered one. I used to think Madison Square Garden wasn't big enough for Carmelo Anthony and Amare Stoudemire, but now I know it's not big enough for O'Reilly and Morgan. Morgan makes a living on CNN and on Twitter being every bit the pompous ass he describes O'Reilly.

For Morgan to be that offended shows he's not self-aware. However, if Morgan wants O'Reilly on his show that badly, I'm sure he can just go back to his Daily Mirror roots and hack a voicemail.