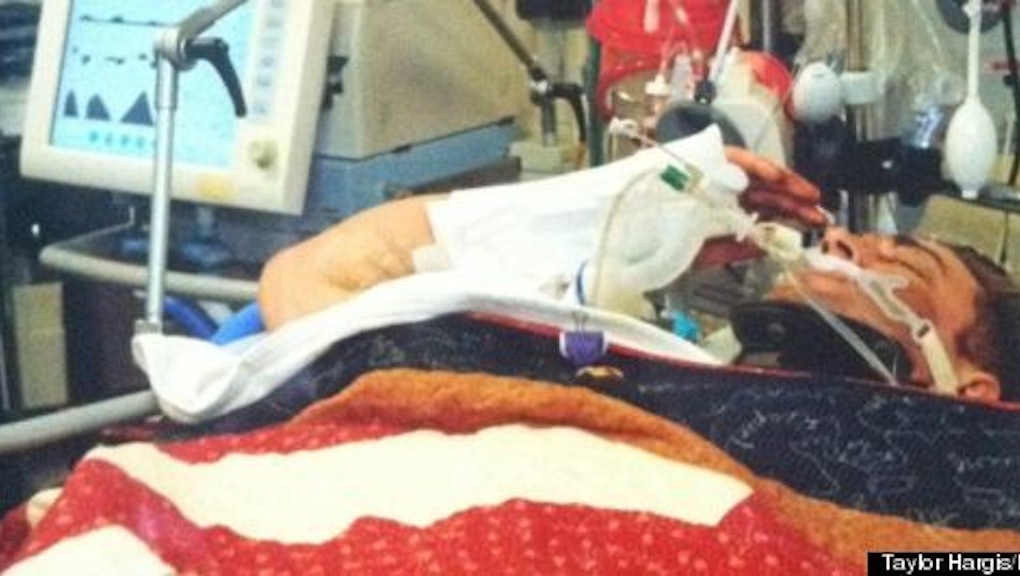 Gravely wounded Army Ranger Josh Hergis continued to perform his duties above and beyond the necessary, as a simple military motion brought an entire room to tears.

Last week in Afghanistan, a suicide bomber attacked the Third Ranger Battalion. One of the brave soldiers injured was Hergis. While he was being prepped for transport from Germany to the United States, the Ranger regimental commander began to perform the Purple Heart ceremony at his bedside. What happened.

Hergis, believed to be unconscious at the time, pushed away his doctor so he can do what he has done his entire military career. He saluted his commanding officer.

"Despite his wounds, wrappings, tubes, and pain, Josh fought the doctor who was trying to restrain his right arm and rendered the most beautiful salute any person in that room had ever seen. I cannot impart on you the level of emotion that poured through the intensive care unit that day. Grown men began to weep and we were speechless at a gesture that speak volumes about Josh's courage and character."

Hergis's commitment to his country can not be understated. In a time where he was in unimaginable pain and hooked into machines, he made sure he remained committed to his duty as an Army Ranger. Josh Hergis is a hero and this picture will always give me chills.