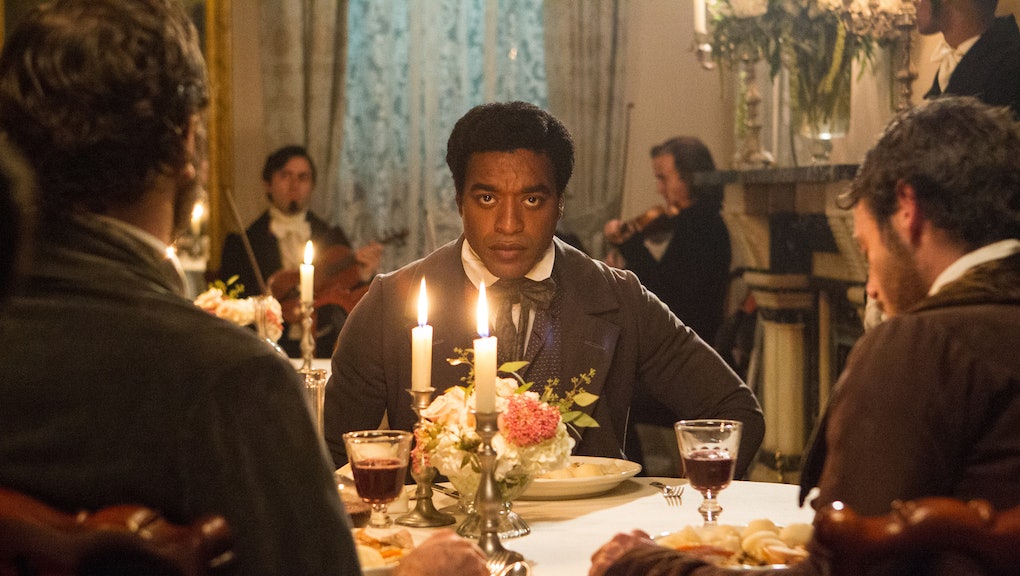 PolicyMic Movie Guide: What to See, Stream, and Skip This Week

Happy Monday PolicyMic readers! Welcome back to our weekly movie guide. With Halloween just around the corner, we've been sure to include some scary stuff this round. A harrowing true story, classic haunted house, and lots and lots of blood make up our picks to see, stream, and skip this week.

What it's about: 12 Years a Slave is based on the memoir of Solomon Northup, a free African American man from New York who was kidnapped and sold to a New Orleans plantation in 1841. Learn all about the incredible true story behind the film here.

Why you should see it: Director Steve McQueen’s third feature has received near universal acclaim, with many already calling it the best movie of the year. It's a searing, remarkable film that “sets a new standard in realistically depicting American slavery.”

12 Years a Slave is not easy to watch, but don’t let its much-discussed violence deter you from heading to the theater. The film’s unflinching brutality is vital to the verisimilitude of the plot, and necessary to do Northup's harrowing tale justice. It also offers a rebuttal to Hollywood's frequent glamorization of on-screen violence and watered-down slave narratives. As PolicyMic’s Elena Sheppard writes in her review of the film, “McQueen shatters our generation’s archetypes of trigger-happy Djangos ... and replaces them with a version of slavery that strips down the Hollywood lie of a cheerful antebellum South, and presents slavery — and the day-in-day-out routine and visceral violence — as barbarity.”

What it's about: Ed and Lorraine Warren (Patrick Wilson, Vera Farmiga) are renowned paranormal investigators who are called upon to help a family being terrorized by a demonic spirit in their secluded farmhouse.

Why you should see it: When I saw The Conjuring at a sold out showing in New York City, I anticipated having to put up with the typical chatter that comes with watching a movie in a crowded theater. Instead, the audience was so enthralled by the tension on screen that it remained completely silent for the duration of the film — barring frequent gasps of fright, of course.

What it's about: Carrie White (Chloë Grace Moretz) is a shy teenage girl who lives with her religious fanatic of a mother (Julianne Moore) and is viciously bullied by her peers. When she discovers that she has telekinetic powers, she promptly uses them to seek bloody revenge on those who've wronged her.

Why you should skip it: Carrie is a pretty by-the-numbers adaptation of Stephen King’s seminal first novel — and while not necessarily that bad, it is definitely unnecessary. I've loved Moretz ever since her turn as an angel-faced teen with the heart of a ruthless business exec in 30 Rock, but she’s miscast here. Coming directly off the heels of Kickass 2, she lacks the fragility and “pale, freckled, otherworldly” intrigue that made Sissy Spacek's Oscar-nominated incarnation of the role so iconic.

The plot may have additional relevance in light of today’s online bullying culture, but as a work of art it can't hold a candle to Brian De Palma’s beloved 1976 adaptation. Where De Palma's film was at once disturbing, sentimental, and unabashedly campy, this Carrie is a schlocky, CGI-laden imitation.