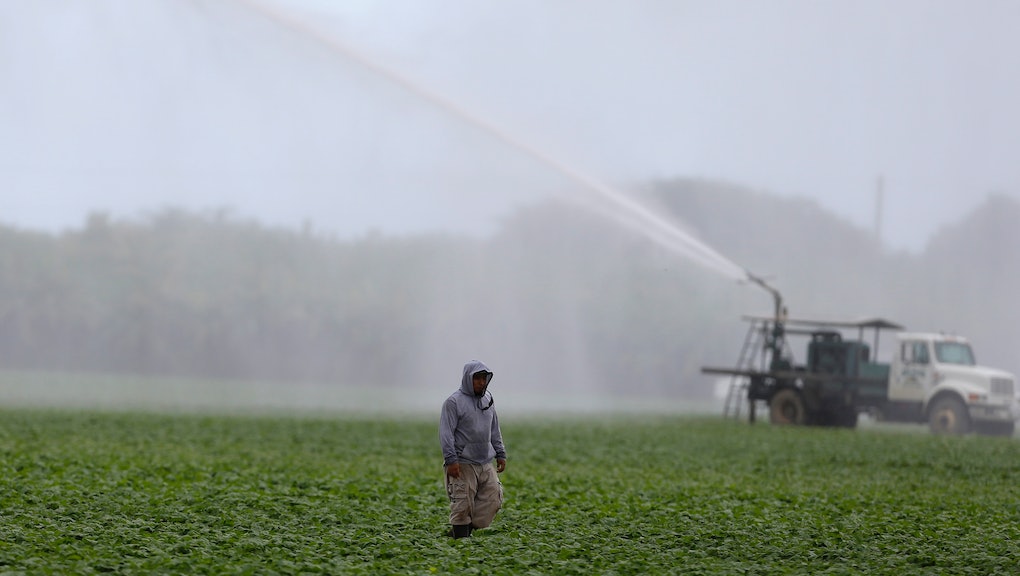 Immigration Reform 2013 is Dead, But There's Another Solution

Immigration reform is dead, or at least delayed, through the end of 2013. This means that the United States' 12 million undocumented immigrants will remain in the shadows. This means that Uncle Sam will continue to try to centrally plan unions' labor markets. This also means that reformers have time over the holidays to rethink solutions.

The Senate immigration bill had several points that we should all be able to agree with. It included provisions that would have helped expand the number of physicians immigrating to the U.S., dealt with the crisis in the Northern Mariana Islands, and moved us towards a merit-based immigration system. However, it was far from perfect.

There is one solution to immigration reform that I've longed favored, which I hope can now be considered more seriously: the expansion of the North American Trade Agreement (NAFTA) to include the labor market. Under such a system, citizens of any nation involved in the trade agreement would be be allowed to freely travel, work, and live in in the other member states. Anyone wishing to naturalize as a U.S. citizen could do so under existing channels as a NAFTA registered worker. Such a system would not give migrants access to the U.S. welfare system, and as such, would not impose a fiscal cost.

This solution would also provide a legal status for most of America's undocumented workers without granting them U.S. citizenship. The vast majority of undocumented immigrants currently in the U.S. are from neighboring American countries such as Mexico, El Salvador, Honduras, and Ecuador. They would need no pathway to citizenship as they would be able to exercise their home citizenship while working in the U.S.

Is this a crackpot proposal with no grounding in reality? Not at all. Similar agreements exist elsewhere in the world, allowing citizens of multiple countries a high degree of freedom to live and work in other member states while retaining their home citizenship. There is the Schengen Area that covers much of Europe. The United Kingdom and Ireland also share a common travel area. As do the many Central American countries. What is the U.S. but an agreement by the 50 sovereign states to allow their citizens to freely move within the union?

This solution would not only grant legal status to America's 12 million undocumented immigrants, but would solve any secondary issues as well.

Undocumented immigrants could be completely exempt from the U.S. welfare system and, under Obamacare provisions relating to foreigners, required to pay for their own private health insurance. This requirement would actually serve as a deterrent against mass immigration into the U.S.; only those who could earn enough to cover their health insurance bills would come.

Allowing migrants to easily move back and forth between their home country and the U.S. would also discourage them from bringing their family with them. Seasonal farm workers would likely only come for work and return home in the off-season. Even non-farm workers are likely to migrate back home after reaching their target savings. Immigration, after all, is a stressful process that many undergo only out of desperation to feed themselves and their families.

Some former undocumented immigrants would likely remain in the U.S. permanently with their families, but this is because many of them have resided here for so long that they have become Americanized and consider the U.S. their home. If one of our immigration goals is the assimilation of immigrants, then we shouldn't worry about those who stay, as they have already become assimilated.

Most importantly, though, this plan would create a pool of labor for U.S. employers to draw upon as needed without government red tape involved. It would allow the market, instead of some D.C. bureaucrat, to decide on the number of workers needed.

It goes without saying, of course, that this would not grant migrants any right to vote in federal elections. Individual states and communities may elect to give partial voting rights to long-term residents, but that is an issue best left in the hands of those local authorities.

This plan would by no means be perfect. There would still be a few undocumented immigrants, but surely they could be granted a special visa to regularize their status.