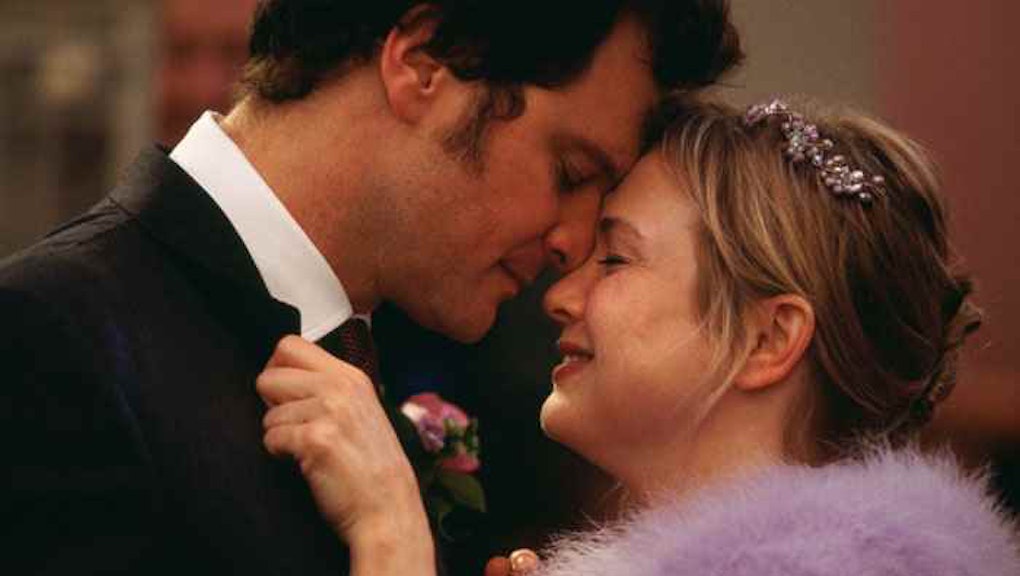 Many hearts broke recently when Helen Fielding did the unthinkable. The author of the popular Bridget Jones' diary and subsequent sequel (spoiler alert!) killed off Bridget's beloved husband. While it's an interesting turn of events for the perennially unlucky Bridget , it's likely fans of the series won't get over the death of Darcy easily or quickly. Darcy's death, however, marks another installment in the literary tradition of killing off beloved characters, some of which stay with readers for life. If you don't want spoilers, stop reading now. Here are the seven other character deaths book lovers will never get over:

George R. R. Martin's series is rife with tragic deaths. Heck, his penchant for killing Starks has become an running joke. Ned Stark's death may pale in comparison to later tragedies (the Red Wedding springs to mind), but he was among the first. The first shocking death — the one no one thought would happen. It opened the floodgates for the rest because it proved no character was safe. After all, Ned was the moral compass of the book. He was the one against whom we measured all other characters. If he isn't safe than who is? This is why so many Game of Thrones fans will never get over the untimely death of Eddard Stark of Winterfell.

2. Sirius Black, 'Harry Potter and the Order of the Phoenix'

Harry Potter is another series rife with tragic deaths — in the last book alone, we see Hedwig, Moody, Tonks, Lupin, and Fred all meet their end — but it's the death of Sirius Black that lingers with me to this day. There are those who will argue that Dumbledore's death was more tragic and had a greater impact on the series. However, the death of Sirius marks a turning point for Harry Potter as a series and a character. It signifies a distinctly dark turn for what was once a children's series. It rips a character from us who we all saw as Harry's happy ending. Harry would finally have a family. His death meant Harry had lost yet another parent, sending him into a depression and rage that lasted for much of the rest of the series, and which Potterheads experience to this day.

Elizabeth 'Beth' March is the shy, gentle sister of the four March sisters. Perhaps that makes her death even sadder, as she never really gets to lead a full life. While her sisters go out and experience the world, she spends most of her time at home knitting, sewing, and supporting her more adventurous sisters. I know I identified with her apprehensive nature and fear of the unknown. Despite lifelong health problems, her death comes as a blow to most readers. It's a death is so sad, even Joey Tribbiani couldn't deal with it. Putting her knitting needles down because they have "grown heavy," Beth is gone, and readers everywhere shed a tear. Jo March is spurred by her sister's death to lead a fuller a life, a sentiment I'm sure was echoed by many a young girl.

Children's novels are supposed to be uplifting and inspiring, not emotionally scarring. Yet E. B. White left many of us traumatized with the death of the titular spider in Charlotte's Web. Charlotte death is tragic not just for the readers, but for the characters in the book. After welcoming Wilbur the pig and saving his life literally spinning her webs, she leaves behind a nest of babies and a heartbroken pig. The novel was the first time many young readers experienced such a death, and perhaps that is why so many still identify the book as both one of the best and saddest of their childhood. As much as I hate spiders in reality, as a child I would have given anything to see Charlotte and Wilbur reunited once more.

The death of Jay Gatsby isn't so much sad as enraging. We follow Gatsby through his quest to regain the love of his life, Daisy. Everything Gatsby has done up until this point has been to get her back. He comes within inches of achieving his dream, and we can't help but root for him despite his flaws. So when he is unceremoniously murdered for covering up the actions of the love of his life, it is simultaneously one of the most poetic and unsatisfying moments in literature. F Scott Fitzgerald doesn't indulge in sentimental conclusion, perhaps resulting in a generation of cynical readers who can't help but read the classic hoping just this once, Gatsby will get his happy ending.

When does killing someone constitute an act of mercy? In John Steinbeck's novella, George Milton kills his best friend, Lennie Small, before a lynch mob does the job. George spends the entire book acting as Lennie's protector as Lennie is a bit slower than most. Just when they are within reach of their dream, a tragic accident sees Lennie killing an innocent woman. Rather than leave him to revenge, George quietly shoots Lennie in the back of the head breaking our hearts in the process.

7. Tom Robinson, 'To Kill a Mockingbird'

Tom Robinson's death lingers with readers for very different reasons than those above. He is not the protagonist of the story. He isn't someone we get a chance to invest in emotionally. Rather we invest in Scout and Atticus' relationship with him as Atticus attempts to defend him against false accusations. Tom's eventual murder is a blow because it is tangible proof that life and the justice system are not always fair. Rather than mourn for Tom, the reader (in my experience anyway) is enraged. How could this happen? Why couldn't Atticus do more? Tom's death represents an absence of hope as his death does nothing but prove to a young Scout that life is not always fair and just.