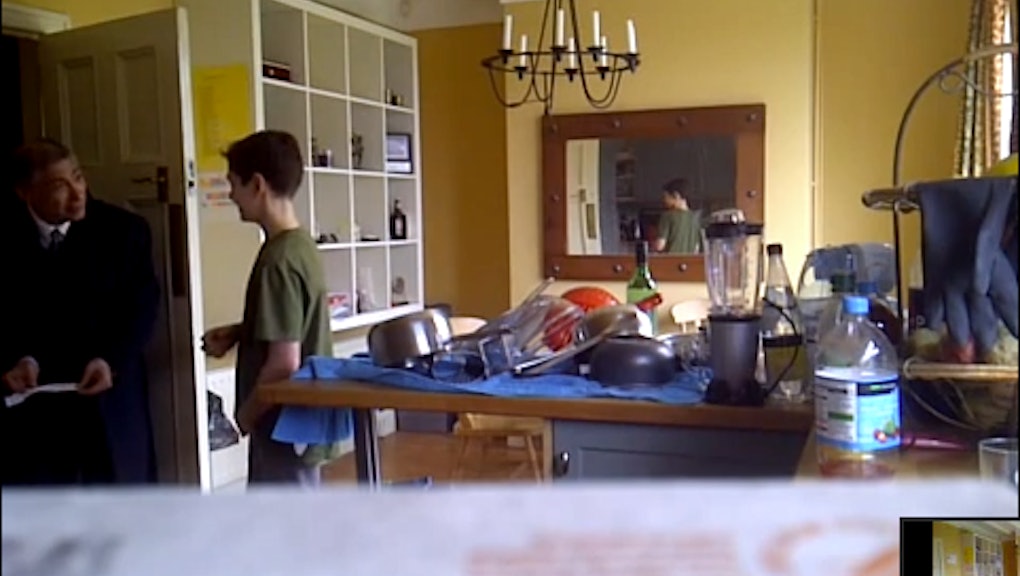 Most depictions of fatherhood on television are limited by traditional notions of masculinity. Sure, there are some exceptions, but as a rule, fathers are still expected to be tough, uncaring, clueless, and any display of emotion is still perceived as a weakness. Across the board, there seems to be a devaluation of fatherhood. Although this trend is slowly changing, with shows like Modern Family showcasing invested fatherly figures like Phil Dunphy, it's still hard to see meaningful male bonding on our screens.

That's where a beautiful thing called the internet comes in. The home video below is one of the most genuine male-bonding moments I've ever witnessed.

After a British teenage boy with dyslexia named Aria Shahrokhshahi, manages to pass math, something his teachers and father thought was impossible, his father is utterly overwhelmed by emotion. See his reaction for yourself. Spoiler alert: tears. Lots of them.

Although the young boy struggles with a learning disability, he's been taught not to let that stand in his way.

Judging by the pictures he sent me, his relationship with his father has only been getting stronger. In an interview over Skype, he told me "he is one of my best friends supports me in everything and loves me very much."

A picture of Aria Shahrokhshahi and his father a few days after his big announcement.

Does this father's impassioned reaction to his struggling child's massive success warm your heart? Do you think the world could use more invested dads like this one? More representations of them? Let me know on Twitter and Facebook.

For more on restrictive masculinities, read more about MissRepresentation's eye-opening documentary, The Mask You Live In.

What All Men Feel, But Never Admit

Why We Love Angry Men, But Hate Impassioned Women

Some Idiot Told Jennifer Lawrence To Lose Weight, Her Response Is Priceless