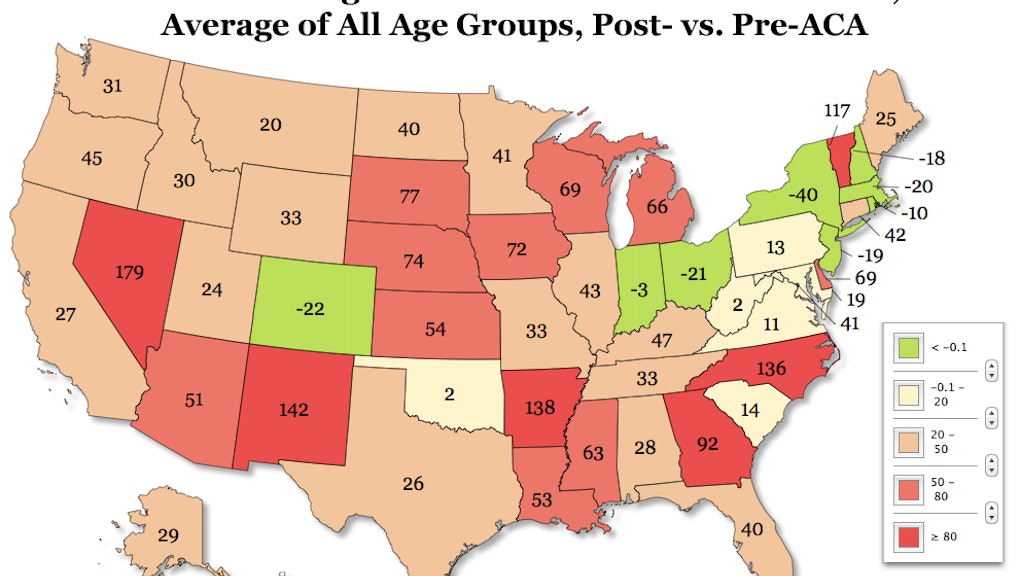 This Map Spells Trouble For Democrats in 2014

Elections aren't really done until the pundits have put the next election into the context of the last. In terms of 2013, save your time because the elections of 2013 and 2014 have nothing in common. 2014 will be the national referendum on Obamacare that liberals thought that they won in 2012, a year about promises. 2014 will be about reality.

On election day in 2014, voters will balance the results of the Obamacare with their expectations. Until then, politicians will engage in an 11-month long battle of spin vs. spin to shape voter expectations.

Obamacare will supplant many of the other priorities in the voters mind because the law has a direct cash implication on an unusually wide range of voters. How big and how wide? Forbes reports that individual policy holders will on average experience a 41% increase in cost and the issue of policy termination will affect 93 million people. Few other issues have both consequence and range of this magnitude.

In order to get Obamacare passed, the president had to make some remarkable claims. In 2008, Obama predicted that the typical family would save about $2,500 per year. In 2009, he promised that you could keep your health insurance if you wished, "period." He promised that the system would not add a penny to the deficit. In short, everyone can have more health care of higher quality while spending less, provided that America elects him president.

The White House now is understandably trying to reposition these promises with goals that are more attainable. The president replaced the "period" above with "If it hasn't changed since the law passed." That rapid back peddling has culminated in an apology.

On the other side, the GOP will project the image that Obamacare is a completely foreseeable failure. In the words of Michele Bachmann's speechwriter, the Obamacare will coerce Americans to buy something that "they don't want at a price they can't afford from a website that doesn't work." The attacks will go beyond health care into claims that Obamacare is the cause of the poor economy.

At the voting booth, voters will weigh personal experience against their expectations. Democrats should hope that my experience is not a future indicator. My insurance will increase nearly 20%. My deductible will increase roughly 60%. If I want the tax subsidy, I must buy insurance through the exchange where my network of doctors is sharply reduced. The exclusions in my insurance have grown from one page to four pages. While the insurance may indeed cover more things, the visible parts of the insurance plan tell me that I am paying more and getting less.

There are two under-reported factors about Obamacare's impact. First, price changes are correlated to the state in which you live, see the impact map from Forbes above.

So the electoral consequences of Obamacare will vary by state. On PolicyMic, John Giokaris discussed 10 Democratic Senate seats which are at risk. Six of the 10 seats are in states which are projected to experience insurance premium increases of more than 50%. Second, the impact of policy cancellations thus far, is well contained, as the president has said. The problem with his assurance is the administration delayed the employer mandate until 2015. So the consequences for the vast majority of Americans will arrive next year in the middle of the campaign season.

At this point, the president's position is that a small segment of the public misunderstood his assurances, and these people will enjoy better insurance from the exchange at the same or cheaper rates. If his predictions materialize few will remember the difficult roll out. If half the voting population experience rate increases of 40% where they can't see tangible improvements in the coverage, it will be a bloodbath for the Democrats.