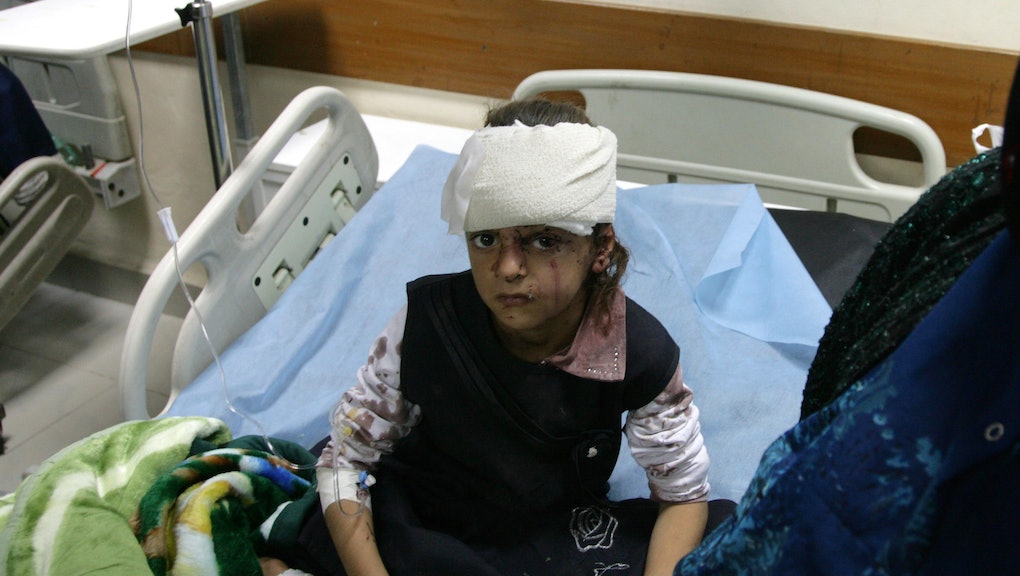 When Al-Maliki Visits the White House, It's Time For Obama to Repent

Iraqi Prime Minister Nouri al-Maliki is visiting the White House today to discuss political, social, and humanitarian conditions in his country. Modern warfare causes more civilian casualties than military; and surely this tragic reality — as it reflects Iraq — will linger in the air as Prime Minister al-Maliki and President Obama meet.

The war has claimed upwards of 133,251 Iraqi lives since March 2003, according to a recent report by MSNBC which says, "That figure alone is 28 times the toll for U.S. and allied troops." To put things in perspective, the U.S. lost 4,488 troops in Iraq between 2003 and 2011. The report goes on, "But it doesn’t fully capture the war’s humanitarian impact. The effort to topple a dictator ended up displacing three million people, poisoning the country's environment, damaging water and sanitation systems, and crippling an already shaky health care system."

After 9/11, it was easy to blur the line between patriotism and pragmatic militarism. If the U.S. had fulfilled its original post-Operation Iraqi Freedom objective — to crush the insurgency once and for all in the name of preserving the new democratic paradigm — there would still be U.S. boots on the ground. We left the situation unstable and in a state of disrepair.

There was significant humanitarian damage after the final U.S. exit. According to UNICEF, "8% of children under age five were underweight (3% severely wasted) and 22% were stunted. Fewer than half (45%) were fully immunized during their first year, and only a fourth of those with diarrheal disease received oral rehydration therapy."

According to a study by Mozhgan Savabieasfahani, an Iranian-born toxicologist at the University of Michigan School of Public Health, the U.S. dropped between 2,000 and 4,000 tons of bombs on Iraqi cities, leaving a dangerous footprint of toxic metals. This has resulted in heavy counts of birth defects in children born in Fallujah and Basrah.

Now it is up to the U.S. to help clean up the mess it left in Iraq, at the very least, by learning from its past mistakes.